You never know what you'll learn at Mt.Hope Cemetery 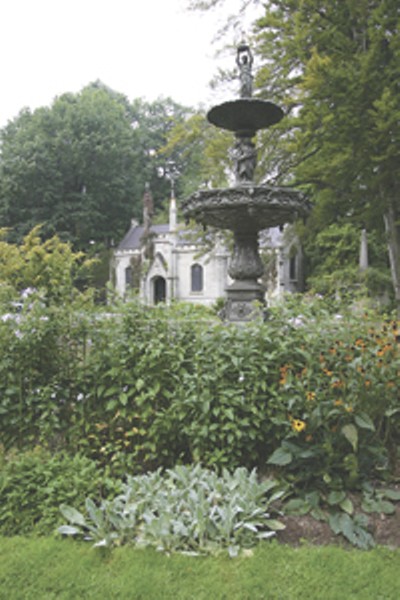 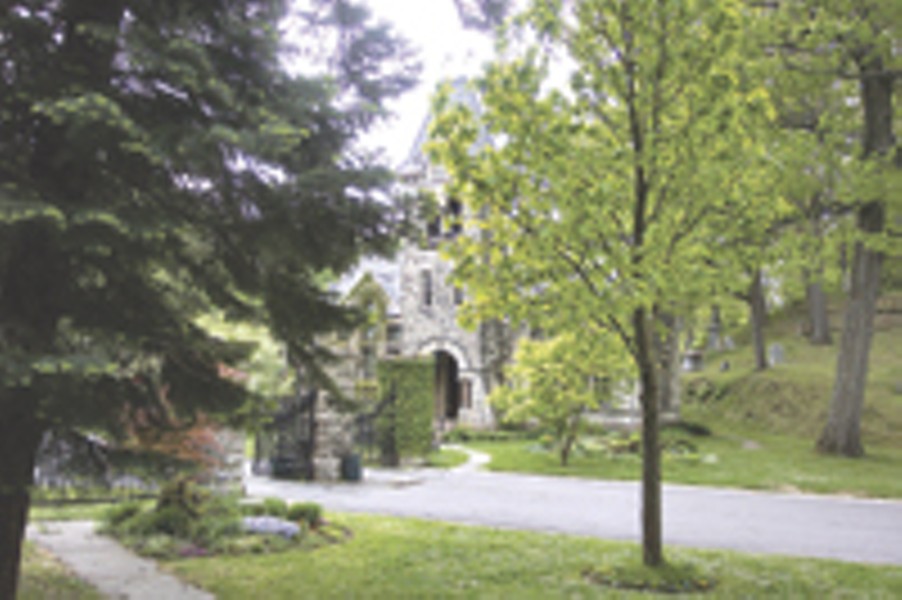 Friends of Mt. Hope Specialty tours concentrate on Civil War graves, symbolism between the living and the dead and more.

Need an antidote to the hustle and bustle of Rochester's summer festivals? A serene place where your chances of running into a guy with an iguana perched on his shoulder are practically nil? Catch a free two-hour public walking tour of Mt.HopeCemetery, offered every weekend by The Friends of Mt. Hope Cemetery.

Dedicated in 1838, Mt.Hope is more than a scenic Victorian cemetery now home to local luminaries like Frederick Douglass and Susan B. Anthony among its 350,000-plus residents. It's also a 197-acre urban park and arboretum with 14 miles of roads and paths.

Several guides recently gave City a sneak peek of the treks, and we learned that a Mt.HopeCemetery public walking tour is like a proverbial box of chocolates: You never know what you're going to get. "Each tour has a slightly different flavor, depending on the interests of the tour guide. We don't use a script," says tour guide Ed Olinger, a retired landscape architect and treasurer of The Friends of Mt. Hope.

For those of who have had enough booklearnin' to last a lifetime, a tour of Mt.Hope is a mini-liberal arts refresher course en pleinaire.

History's the obvious place to start. "Rochesterians tend to be very critical of their city. By touring Mt.Hope, people gain a better understanding of our city's importance by learning about the accomplishments of previous generations of Rochesterians" says tour guide Dennis Carr, a library assistant at University of Rochester Medical Center. Carr helped found The Friends of Mt. Hope in 1980.

Maybe your tour will include some philosophy. "Mt.HopeCemetery is a manifestation of American Romanticism. Designed to be naturalistic and a little mysterious, it's a cultural landscape showing how attitudes toward death changed over time," says Carr. The skull and crossbones on gravestones from the late 18th and early 19th centuries were intended to remind the rest of us we're next, she says. By the 1830s, the shape of gravestones became less linear, more decorative. "In memory of" replaced "Here lies the body of" as the inscription of choice. These developments signal a shift away from the rote teachings of the church towards transcendentalism, the Friends say.

If it's fine art you crave,Mt.Hope is like an outdoor sculpture garden. At the Perkins and Erickson plot, tour guide Patricia Corcoran, a retired RochesterCitySchool District teacher, pointed out TheWeary Pilgrim by Nicola Cantalamessa-Papotti, whose work is also displayed at the MemorialArtGallery and the Vatican. Other sculptures include Christian saints, angels and even pet dogs.

Perhaps you dabbled in exotic horticulture during your college years and are ready to view the subject from a more mature prospective. Pointing to a European copper beech tree, Olinger explains that renowned nurserymen George Ellwanger and Patrick Barry gave Mt. Hope 50 exotic trees to celebrate its 10th anniversary in 1848.

Then there's the chance to learn bizarre trivia, a treasured part of any liberal arts curriculum. Mt.Hope is the resting place of Henry Ward, who founded Ward's Natural Science Establishment in 1862. Says Olinger, "Ward lived the glamorous life of an international adventurer, but died after he got hit by a car in Buffalo." There's a lesson for us all in that one. Ward, who died in 1906, also goes down in history as Buffalo's first traffic fatality, according to Carr.

Even if you dropped out of college to become a ski bum, you'll still find plenty to love. There are hills, and lots of 'em, courtesy of glacial activity. Don Hall, retired director of Strasenburgh Planetarium, notes that Mt.Hope's landscape was formed by a recessional moraine. Hall helps participants hone their field identification skills by discussing glacial features such as the kame --- an irregularly shaped hill formed near the endpoint of a glacier --- behind the gate house and Sylvan Waters pond, located in one of the cemetery's four glacial kettles.

Regular tours take place Saturdays at 1 p.m., and Sundays at 2 and 3 p.m., through October 29. If you're ready for a more focused curriculum, The Friends of Mt. Hope offer themed tours, too. Join the Horticulture & Landscape tour on Saturday, June 17, from 11:30 a.m. to 1:30 p.m. The first wheelchair-accessible tour, the Grove Avenue Stroll, visits graves of millionaires and paupers alike on Saturday, July 15, from noon to 2 p.m. There's a Civil War Tour on Saturday, August 5, from 1 to 3 p.m. "To Live in Hearts that Love," exploring symbolic connections between the living and the dead, is the theme of a tour on Saturday, September 9, from noon until 2 p.m. Admission for themed tours is $3 per person, $5 per family.

All tours begin at the North Cemetery Gatehouse, 791 Mt. Hope Avenue, opposite Robinson Drive. Enjoy complimentary lemonade and cookies at the Gatehouse afterwards. For more information, go to www.fomh.org or call 461-3494.

Tours are held rain or shine, but not in thunderstorms. No need to tempt fate.