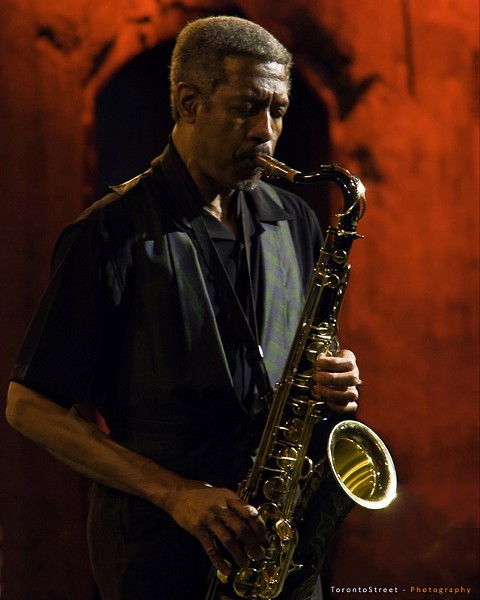 Billy Harper may not be the first name that comes to mind when you think of tenor saxophonists of the last half-century, but he’s been at the center of some great jazz.

Harper was in the bands of Max Roach, Art Blakey, Gil Evans and Randy Weston. He backed Louis Armstrong on “What A Wonderful World.” He was in Lee Morgan’s band and was with him, sadly, the night Morgan was shot and killed at the age of 33.

As a leader, Harper has played his compositions in his own ferocious style on stunning albums like “Priestess.” Harper will be a guest artist with the Eastman Jazz Lab Band, directed by Rich Thompson, Friday night at Kilbourn Hall.

Growing up in Houston, Texas, Harper showed promise early. “They said I started singing when I was crawling,” he says. As a child, he thought would continue to sing, but walking by an instrument shop, he became curious about how to play a horn he saw on display.

At 9 he asked for and received a saxophone for Christmas. His uncle played him records by Sonny Rollins and he listened to Texas saxophonists like Arnett Cobb. By 14, Harper had his own quintet. A decade later he was sharing the stage with greats like Blakey and Roach.

“Blakey and Roach, my god — they were the two strongest drummers in the history of jazz,” Harper says. “When Blakey wanted you to drive, he’d get into thunder. Roach was more of a precision kind of guy.”

One of Harper’s greatest, but ultimately saddest experiences was his stint with Morgan. “Lee was fantastic,” Harper says. “He seemed to be like a fireball. He was kind of brash, kind of cocky. A lot of trumpeters are Aries-type people. He was very inspiring to younger musicians.”

Harper’s career highlights include working with Elvin Jones and The Thad Jones/Mel Lewis Orchestra, as well as recording with Armstrong. “It was just good to be in his presence,” Harper says about the legendary trumpet player. “He was very gracious, a great person.”

Jazz has taken him all over, including to concerts on a “Far East Tour” documented in a 1991 album. “People were applauding like I was a rock star,” Harper says of his performances in Japan. “They’d heard a lot of the records, so they kind of knew my sound.”

His ongoing work with Randy Weston has taken him to Africa, an especially valuable experience, “because so much of jazz comes from Africans who live in America,” Harper says. “A lot of the roots and rhythms come from Africa.”

After five decades of playing worldwide, Harper has a reverence for the music. “It means a higher level of creativity,” says Harper. “Not just improvisation; you have to be in a certain direction, a certain groove, a certain feeling. Creative music and jazz contributes to the feeling of freedom in life.”