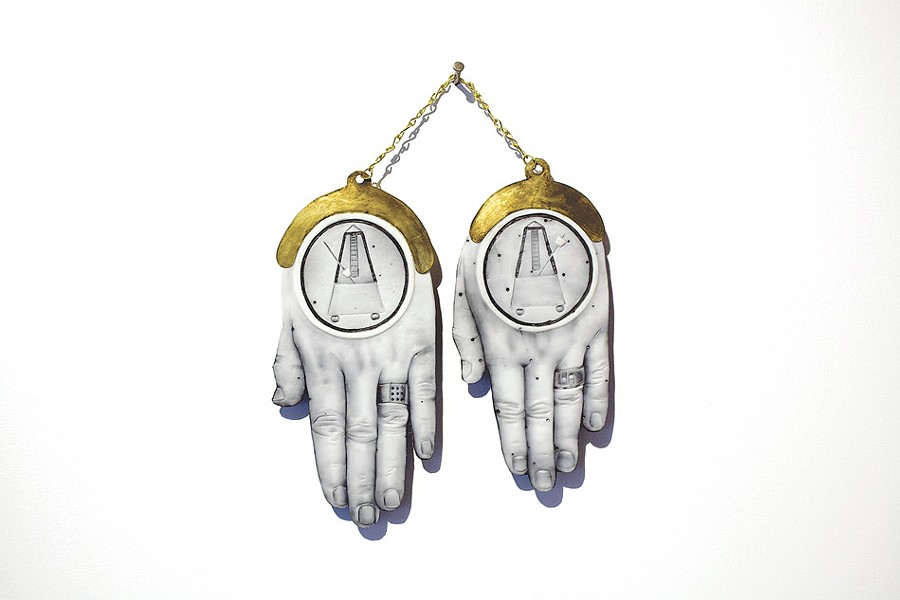 Sarah Gilbert's solo show at More Fire Glass Studio is a homecoming of sorts. Now based in Tacoma, Washington, she's originally from Rochester, and took her first glass class in 2000 at More Fire Glass Studio. Owner Elizabeth Lyons got her into glass blowing, Gilbert says. "I worked with her for a long time at the old studio at Rockland Place, and stayed in touch with her throughout the years."

Though there are three blown glass pieces in the show, the bulk of the work was created using the process of cameo engraving — a low-relief sculptural practice that dates back to ancient Rome and remained in use for creating portraits until photography became accessible to the masses.

Gilbert's work connects to this history also because she has essentially created a wall of family "photos," by documenting her kin through glass cameos of their hands. These are mounted on the walls of the gallery, and some linked hands indicate married couples.

She begins with a rectangle formed from two pieces of sheet glass fused together, black on the bottom and white on top. "Then I use different diamond-embedded engraving wheels to grind away the white glass," she says. "The more white glass I remove, the darker the shading becomes."

It's reductive sculpture that is akin to drawing. "What I love about her work is the illustrative quality," Lyons says. "There are these stories being told, and they're drawings and paintings on glass."

Each of the hands has an incredible amount of dimension and texture: Children's hands are smooth and look soft to the touch, while the adults' are weathered and wrinkled in astoundingly fine detail. I felt an unexpected swell of emotion thinking about the care Gilbert must have taken to record this evidence of lived experience.

"So much of our daily life is experienced through our hands," Gilbert says in a provided statement. Each callous, cut, or bump tells a story, and the whole becomes "a representation or journal of our lives," she says.

But the work is not just about the dearness of family. Through her work, Gilbert contemplates questions about navigating the big, scary openness of life and refers to literal guides and tools we use to keep from getting lost and ensure our survival.

While the identity of individuals remains secret, each hand is engraved with bits of imagery that symbolically connects it to an age group. The younger hands have whimsical emblems on them that contain stuffed animals, musical notes, and toys — all objects that provide comfort or amusement. But the hands that show more evidence of age are adorned with more serious symbols, or what Gilbert calls "more concrete, tool-like imagery."

These include guides both natural and manipulated, such as constellations, magnets, and other tools used for navigational purposes. There are also indicators of the seasons or passage of time, such as a V of geese aloft in a steely sky, or a couple of hands with a pair of metronomes in synch with one another.

Gilbert also engraved symbols on the three blown-glass sculptures that rest on pedestals in the space. Each of the forms is shaped like a slightly flattened teardrop, and rests on its side so that the pointed bit is positioned at about a 45-degree angle. Gilbert says the pieces are meant to vaguely reference a directional shape while not interfering with the narratives that are engraved on the white layer of glass.

These works are not about specific individuals, but about "things that would deter you from getting to your destination, things that stand in our way," she says. "How many times can you make that wrong turn or wrong decision before you recognize it and find a navigational tool, or a way of getting to where you're trying to get to?"

Symbols of death, danger, and distraction in the form of addiction are carved into the surfaces and in some cases, highlighted with a dazzling coat of gold leaf.

The labor-intensive aspect of her work is actually a draw for her, Gilbert says: "It's very meditative. I can kind of just zone out. It feels very much like drawing for hours." And the blown-glass works offer the best of both worlds, because she works with a team of people to create the forms – which is social and physical – but the for the engraving part, she says, "I get to have time by myself that's very introspective." 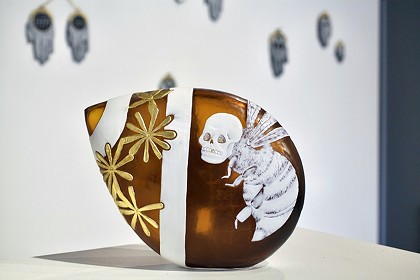 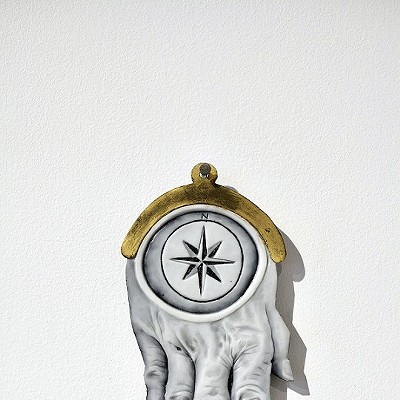 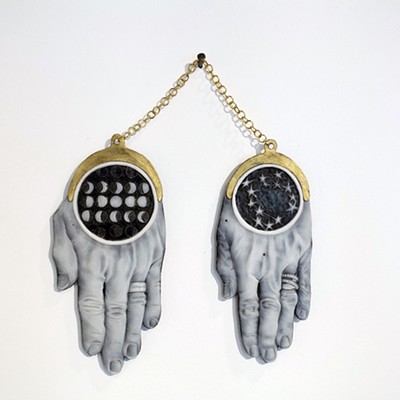 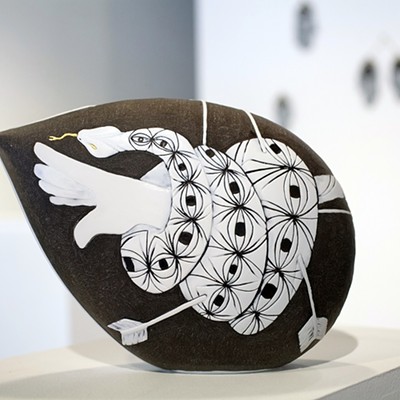 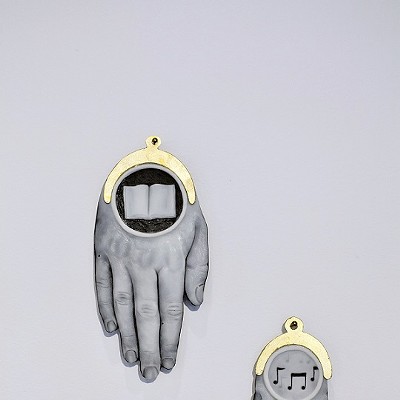 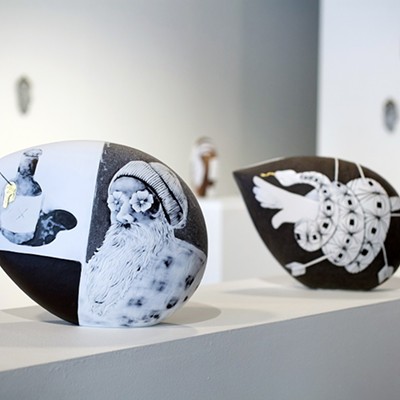