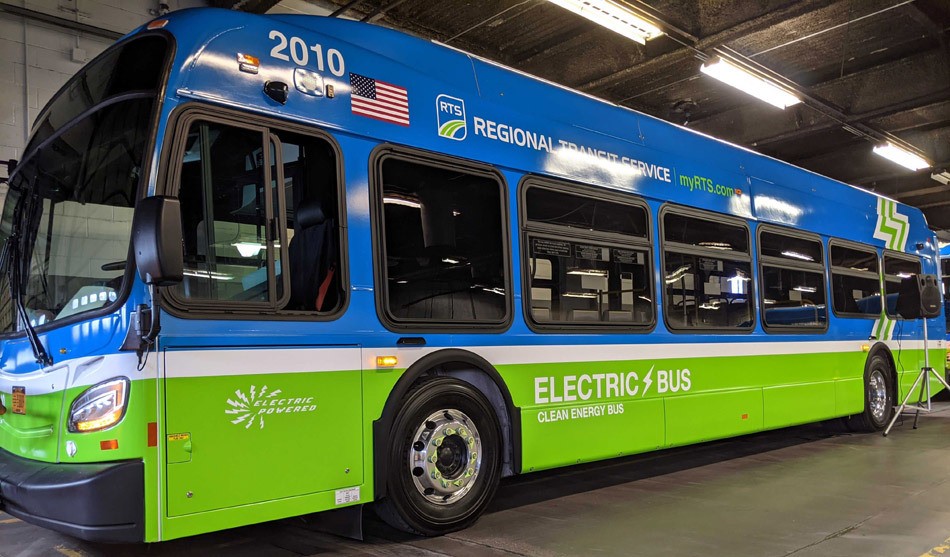 The new buses, as well as the charging stations to support them, were purchased with $12.4 million in state and federal grants, as well as some money from a state emissions settlement with Volkswagen. The buses are not only cleaner than their diesel counterparts, but they are so quiet that they have speakers to project warnings when they turn, a measure intended to protect pedestrians.

Bill Carpenter, the chief executive of RTS, said the transit agency hopes to have an all-electric fleet of 214 buses by 2035.

“This is an innovative, groundbreaking project that has taken a tremendous amount of work,” Carpenter said during a news conference Wednesday.

Swapping diesel buses for electric is an important step toward making New York’s transportation systems more climate-friendly and meeting the state’s goal of being carbon-neutral by 2050, Dominguez said.

“It’s an investment in our future, that’s why we have to start doing it today,” Dominguez said.

The electric buses cost $875,000 apiece and, by supplanting a diesel bus, would cut RTS’s carbon emissions by 175 tons annually, according to RTS. In terms of carbon emissions, that’s equivalent to taking 20 passenger cars off the road.

A bus can typically travel 110 to 190 miles on a charge; weather impacts the vehicles’ range. It takes three to four hours to charge the vehicles.