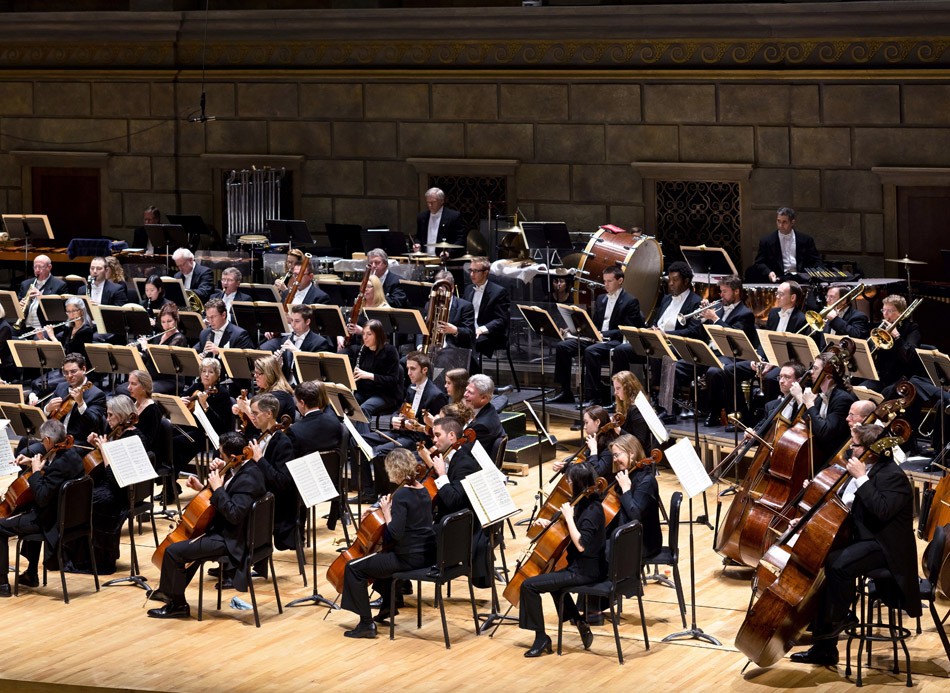 The Rochester Philharmonic Orchestra has announced its 2019-20 Philharmonics and Pops series, and the contrast between the upcoming season and the current, conservatively programmed one couldn’t be more clear. Next year's features a meticulously crafted blend of beloved, heavyweight composers and fresh, new-to-the-RPO works from the 20th and 21st centuries.

Music Director Ward Stare and company begin the season auspiciously on September 19 and 21 with the RPO’s first collaboration with the Rochester Fringe Festival, in a program exclusively featuring living composers: Guggenheim fellow Cindy McTee; the up-and-coming, 2019 Grammy-winning Mason Bates; and two of the most prominent standard-bearers in contemporary music, Steve Reich and John Adams. The latter composer’s contribution to the program, “Scheherazade.2,” features the RPO return of the violinist Leila Josefowicz as the musical embodiment of the title character. The piece seeks to recontextualize the story in the #MeToo era.

In its celebration of female empowerment, the RPO also celebrates Rochester history and its role in the Women’s Suffrage movement, in light of the 19th Amendment’s centennial in 2020. In the program “Women’s Suffrage: Past and Present” on January 30 and February 1, Stare conducts a world premiere by a rising female composer, yet to be named, alongside a new dramatic work, set to music, about impactful local women by the playwright Mark Mobley. On February 6 and 8, Stare’s annual opera-in-concert presentation turns to 1947’s “The Mother of Us All,” composer-critic Virgil Thomson and writer Gertrude Stein’s ode to Susan B. Anthony.

Throughout the season, under-performed works by female composers are highlighted alongside more familiar, canonic compositions. The concerts on October 31 and November 2 feature two pieces by Lili Boulanger, programmed with compositions by a trio of her more ubiquitous 20th-century counterparts – Debussy, Elgar, and Stravinsky. The headlining work is the 1945 version of “The Firebird Suite.” On November 21 and 23, Buffalo Philharmonic Orchestra Music Director JoAnn Falletta conducts “Ouverture pour Orchestre” by Germaine Tailleferre – the only female member of the famous 20th-century composer collective Les Six – as well as Berlioz’s “Symphonie fantastique.” On April 30 and May 2, in a program that also sees mezzo-soprano Isabel Leonard’s return to the Kodak Hall stage, Stare and the RPO present Shostakovich’s Symphony No. 11 – known as “The Year 1905” – alongside Symphonic Poem No. 2 written by the composer’s pupil Galina Ustvolskaya.

Other season highlights include some of the most cherished works in the classical canon: Dvořák’s Symphony No. 8 on October 3 and 4; Tchaikovsky’s Violin Concerto with Concertmaster Juliana Athayde and Rachmaninoff’s Symphony No. 2, led by Marco Lehninger, guest conductor; Brahms Symphony No. 4 on March 19 and 21; and Mahler’s Symphony No. 1, also known as the “Titan.” The incomparable Beethoven and the game-changing trio of Second Viennese School composers Schoenberg, Berg, and Webern are all well-represented in the new season, and important contemporary composers Thomas Adès and Christopher Rouse get their due as well.

Highlights of the 2019-20 Pops series, led by Principal Pops Conductor Jeff Tyzik, include a live-music presentation of the film “Harry Potter and the Prisoner of Azkaban” on January 10 and 11; collaborative performances on January 24 and 25 with Garth Fagan Dance, in celebration of the company’s 50th anniversary; “Unforgettable: 100 Years of Nat and Natalie,” featuring vocalists Dee Daniels and Denzal Sinclaire, on February 14 and 15; and a tribute to the songs of Paul Simon on May 22 and 23.