Rory Fitzpatrick: I-Town is his town

PHOTO BY MAX SCHULTE Rory Fitzpatrick won the Irondequoit supervisor race as a political rookie up against a well-oiled machine.
Anyone who wants to know the real deal in Irondequoit could do worse than hanging around the Cooper Deli.

For 70 years, the deli at the corner of Cooper Road and Titus Avenue has been a haunt for the town’s butchers, bakers, and candlestick makers, everyday people who gather there over coffee, breakfast, and BLTs to spill the tea.

For the last 10 of those years, regulars have found a sympathetic ear in Rory Fitzpatrick, a former professional hockey player who owns the deli with his wife, Tracey, and shook the local political establishment this month when he upset Monroe County Legislator Joe Morelle Jr. in the race for town supervisor.

“Just being here, we hear everything,” Fitzpatrick said. “You’ve got to filter through what’s real and what’s not, but we know everything, whether it’s true or not true. We know everything in town from school problems to town problems, to workers that come in to residents coming in and complaining about things.”

The experience amounted to a decade-long listening tour for Fitzpatrick, a down-home political rookie who was considered a longshot when he announced his candidacy as a Republican against a well-oiled Democratic machine. 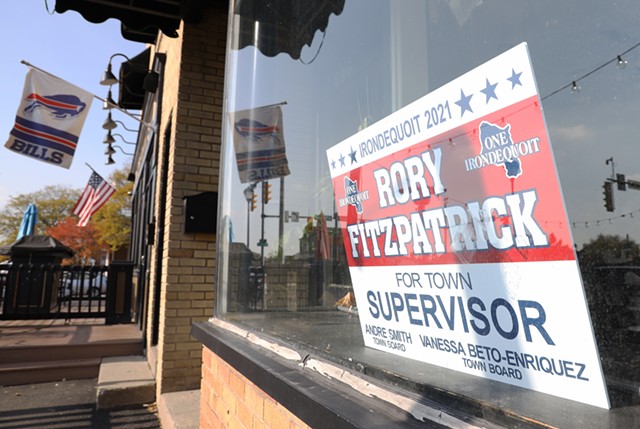 Morelle Jr. was thought by many to be the heir apparent to the supervisor’s seat. His father, Joe Morelle Sr., represents most of Monroe County in Congress as a Democrat and is arguably the most influential political rainmaker in the region.

When Seeley revealed in January that he wouldn’t seek re-election this year, Morelle Jr. announced his candidacy the next day, leaving many with the impression that the whole thing had been contrived.

It wouldn’t have been the first time.

Eight years earlier, Morelle Sr., who then was a member of the state Assembly and the chair of the county Democratic Committee, recommended his son be appointed to fill a vacancy in the County Legislature. The arrangement sparked cries of nepotism. A Democrat and Chronicle columnist needled father and son as “Morelle Jong-il/Morelle Jong-un.”

Morelle Jr. assumed the seat and later ran successfully in a special election as the incumbent. He went on to win re-election twice.

Not that Fitzpatrick, 46, was a nobody.

He had local-boy-makes-good name recognition from the 15 years he played pro hockey, including with six teams in the National Hockey League, before he returned home to Irondequoit with Tracey, his high school sweetheart, and their four children.

Since retiring from the game in 2010, he has made a living through the deli and, for a time, as a part-owner of a handful of area ice rinks, where he did everything from teach skating lessons to coach teams and drive the Zamboni. More recently, he’s been managing The Athletic Campus, an indoor sports facility in Henrietta.

Standing 6 feet, 2 inches tall with a husky frame, Fitzpatrick was an imposing defenseman in his day. But what he has in physical stature, he lacked in political power.

The closest Fitzpatrick ever came to running in any election was as an unwitting candidate for an NHL All-Star nomination in 2006. That year, a new NHL rule allowing fans to vote as often as they liked online sparked a viral “Vote for Rory” movement that had fans stuffing the ballot box as a gag to get Fitzpatrick, a relatively unremarkable player, into the All-Star Game.

Fitzpatrick, who was playing for the Vancouver Canucks and had one point on the entire season to date, was ultimately edged out in the voting after the NHL was suspected of dumping Fitzpatrick ballots to save the integrity of the All-Star Game. He told reporters at the time that the episode was “kind of funny, actually.”

But Fitzpatrick wasn’t smiling at the prospect of Morelle Jr. as supervisor. Neither were a lot of Irondequoit residents, it turned out.

“We had Bello, Seeley, who are Morelle appointees, and it was either complain about it or actually try to make a change and do something about it or at least raise awareness,” Fitzpatrick said. “I call it subcontracting our leadership out.”

He spoke from his favorite booth in the corner of the deli. Behind the counter his wife and their daughter, Hannah, fixed sandwiches for a line of customers. A few of them offered him their congratulations.

Fitzpatrick recoils at being called “a politician,” and perhaps for good reason. County Board of Elections records suggest his voting record in recent years was hit-and-miss, and he only enrolled as a Republican a few weeks before he declared his candidacy.

A total of 12,953 ballots were cast in the race, and Fitzpatrick was elected by 76 votes, according to the Board of Elections.

He said he believes in term limits. A supervisor term runs two years, and he said he hoped to serve two, maybe three if the people demanded he stick around. He added that he had no ambition to seek higher office.

That day at the deli, he wore a long-sleeve T-shirt imprinted with a logo that read: “My Town is I-Town.”

“I’m not a suit-and-tie guy,” he explained. “I’m just an Irondequoit resident at the end of the day.”

Fitzpatrick grew up the middle of three boys in Irondequoit in the Summerville neighborhood and on Lakeshore Drive. His father managed meter readers for RG&E. His mother babysat children to help make ends meet.

He left home at 17 for a nickel mining town 400 miles north to play hockey in an elite Canadian junior league known as a stepping stone to the NHL. A year later, he was selected by the Montreal Canadiens in the second round of the entry draft.

Joe Robach, the former state Senator and now a spokesperson for the county Republican Party, said he believed Fitzpatrick’s everyman demeanor appealed to Irondequoit voters who grew weary of the political dynasty in their town.

“I hate to be cliché, but Rory Fitzpatrick is an everyday person of the people rather than a machine-type politician,” said Robach, who hails from a political dynasty and knows a thing or two about machine politics.

“I can assure you, he was not that,” Robach went on. “He decided to run himself and make that happen with the support of the party, not the other way around.”

State campaign finance records show that Fitzpatrick had raised $30,000 for his campaign with less than two weeks to go before the election. The Irondequoit Republican Committee had kicked in $100. The rest came mostly from individual donors.

By that point in the campaign, Morelle Jr. had amassed $54,000, with $1 in every $5 coming from a union or a political action committee, records show. 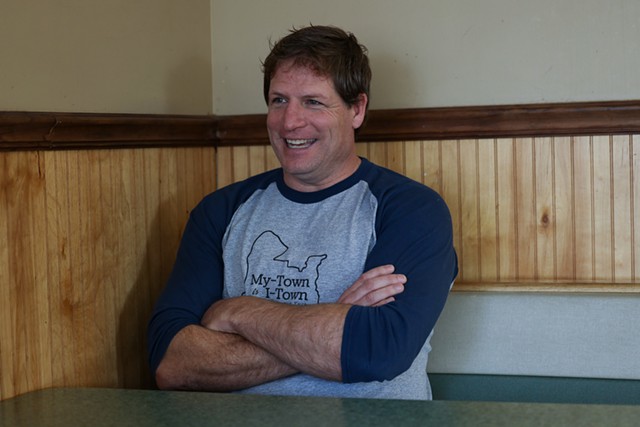 Fitzpatrick managed his own campaign and social media accounts. He delivered signs to voters who requested them, and he kept the confidence of those whom he said were dyed-in-the-wool Democrats who promised to vote for him if he wouldn’t tell anyone.

“Whether that came from fear of the machine or them thinking, ‘I want you to win but I don’t think you can so I don’t want my name on it,’ I don’t know,” Fitzpatrick said.

“But I think running my own campaign allowed me to be myself and I think that was refreshing for people.”