Room with a view: the other big project 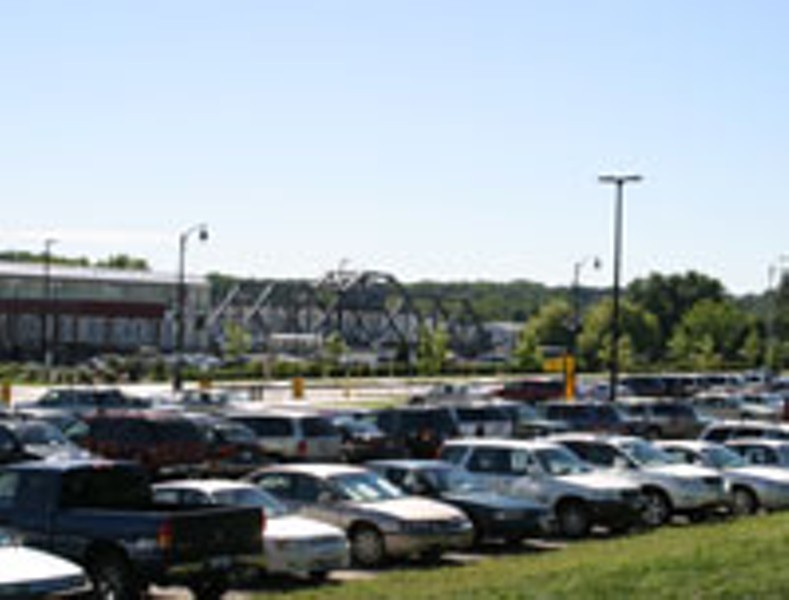 Five years from now (assuming the fast ferry's still around) what will a Torontonian visiting Rochester for the first time experience?

Posh housing? Streets lined with hip boutiques? A waterfront park? A combination of all those or something completely different?

That's the question city officials are starting to wrestle with now, as they enter the planning stage of Rochester's other big project. And like Renaissance Square, the task of planning a waterfront makeover for the Port of Rochester has fallen to a prestigious Boston-based architecture firm.

While the eyes of Rochester's civic and community leaders (and those who follow them) are focused on the shape Renaissance Square will take, this other, equally important design is unfolding here without much fanfare so far.

When Ren Square architect Moshe Safdie came to Rochester a few months ago to present a portfolio of his past work, it was to a crowded ballroom in the convention center. The event attracted nearly a thousand paying visitors.

For a representative of Sasaki Associates, by contrast, the setting was a City Council work session, held last week in a crowded boardroom. It was attended by a handful of Council members and community members.

To be fair, Renaissance Square is a larger, more expensive project right in the heart of downtown. It's also further along; the bid by Sasaki still has to be formally approved by City Council (likely at its October 11 meeting). And Safdie may be a slightly bigger name than Sasaki.

But for Rochester, the work of the latter may be as important as the former. Sasaki's team will be designing the city's waterfront redevelopment plan for a critical portion of Charlotte, arguably one of the city's important most neighborhoods. The area --- which runs from the CSX right-of-way in the south to Beach Avenue in the north and is bordered on the east by the GeneseeRiver and the west by Lake Avenue --- will become the heart of the "City by the Sea," as Rochester has dubbed Charlotte. The plan Sasaki is to create is just that: a plan for how to best use a particular piece of land, not a design for a building or set of buildings.

"It would be like our center-city master plan," explains Community Development Commissioner Linda Stango.

The chance to design the plan attracted the interest of a talented group of planning and architecture firms, city officials say. Of 13 original bids, four firms were invited to be interviewed by a committee of city officials and Charlotte residents.

"This was the cream of the crop," City Councilman Bob Stevenson told the group assembled at last week's Council work session. Stevenson, whose district includes Charlotte and who sat on the selection committee, said the choice of Sasaki was nearly unanimous.

The firm will have to live up to those expectations; Rochester is pinning its hopes for the waterfront development on a patch of about 30 acres surrounding the new ferry terminal.

The man who will guide the process is Varoujan Hagopian, the Sasaki principal who made the presentation to Council last week. During that meeting, he showed city officials and residents samples of similar work he's done elsewhere. Waterfront development, he said, is his specialty: "That's all I do."

The projects he put on display ranged from comparatively tiny waterfront parks in New York City and New London, Connecticut, to a river and canal in downtown Indianapolis and an entire new seaside district in Providence, Rhode Island.

It's far too early to guess what Sasaki's plan for Charlotte will look like. But it's the perfect time to ask how Sasaki, with Hagopian at the helm, will pilot the process.

Hagopian took pains to reiterate a few points about the process he follows, both in the Council work session and in a subsequent conversation with City Newspaper.

In what would probably sound like music to the ears of Ren Square critics, Hagopian repeatedly emphasized the importance of engaging average citizens in the planning process.

"The more participation with the community, the more we like it," he told the City Council work session. "We love the public process; I'll continue to say that." And continue he did, a short while later adding, "Ideas are generated working with the community."

Hagopian and his team will also get ideas from a close look at the region. He recounted taking a canoe trip down Indianapolis' White River despite warnings not to do so. He's also walked, biked, and driven through the cities he's been charged with redeveloping. That's part of his strategy to look at a project area in the context of both its immediate surroundings and the broader region.

"We always look at the regional area, because we need to understand the dynamics," explains Hagopian. That's because plans "have to be unique to a community," he says. "We don't like to borrow from [another] place and then bring it in here." It also translates into a bonus for the city, since it will get not only the plans for the project area but a look at surrounding areas through an expert's eye, and occasionally, free planning advice for areas not strictly inside the project's scope.

"It's part of our obligation to outline those things," Hagopian explains.

Also an obligation of his: planning with a mind to the area's market conditions, says Hagopian. After all, for his plan to succeed the city will have to convince private developers to implement it.

"You have to work with what the local socioeconomics allow you to," he says. To accomplish that, Sasaki partners with the firm ZHA, which provides market analysis for any of the components --- housing or retail space, for instance --- that might end up in the plan.

Coupling the design and economic elements that way is meant to help the city avoid the chicken-and-egg dilemma that Ren Square also faces: Do you plan for retail and entertainment businesses first and hope they attract people? Or grow a base for those businesses first by building housing?

This kind of planning could even allow the city to plan development in targeted phases --- for instance, building a certain number of housing units first, but leaving space for retail to come when a critical mass of residents has arrived.

Based on ZHA's market analysis, "we would also give you an absorption rate," for each proposed use, Hagopian told the Council work session. In layman's terms, that means they could predict how quickly housing units would fill with a critical mass of residents or retail space attract tenants.

The goal is "to get developers to say 'Hey, we know how to do that,'" and do it profitably, Stango adds, "so we don't come up with a plan that everybody loves but no one will build."