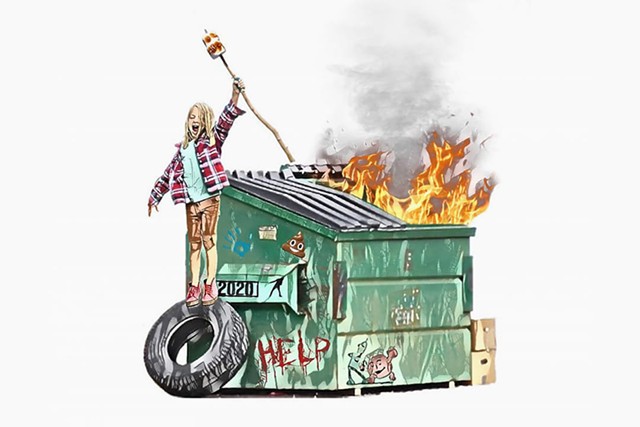 The title might conjure images of the End Times, but the name actually refers to our collective experience over the past life-altering year, which for many people felt like the march to Judgement Day.

Rochester Contemporary invited artists in the region to submit work made after February 2020 that reflected on the bad and the good: traumas of the pandemic, political strife, racial injustice, as well as the human capacity for empathy, innovation, and hopefulness.

People had things to say. The gallery received so many submissions — around 475 — that it delayed the opening of the show by a month. Of those entries, more than 90 works by 60 artists were accepted. “Last Year on Earth” opens March 5, and viewing times can be reserved at rochestercontemporary.org.

Rochester Contemporary’s Executive Director Bleu Cease says the show was inspired by cr eative projects he saw emerging as the health crisis took hold locally around March and April of last year, such as the multitudes of people who crafted face masks and began documenting their home life in new and interesting ways.
“The central idea for the show was to try to be as representative as we could, including established and unknown artists,” Cease says.

Three jurors selected the artwork — Kelly Cheatle, Alexa Guzmán, and Tanvi Asher — each with reach beyond the fine arts realm, Cease says, and who have themselves in the past year responded to the needs of the community with creative, grassroots solutions.

Cheatle designed a version of face masks with see-through panels for reading lips. Guzmán founded Project AIR, an arts initiative that invited anyone and everyone to make protest posters and art in response to racial injustice at the hands of police. Asher used her Market at the Armory Instagram account to promote the creations of local makers during the pandemic.

“It's kind of strange in life, when you get a hard stop,” Cheatle says of the pandemic-induced freeze on life as we knew it. “It forces you to reevaluate. So often we're on autopilot, and being shaken from that habit leads to opportunities for growth. This show was an opportunity to see how our artists and creators used this time, and how they responded to this time in their artwork.”

Carmen Cibella, an artist from Hamburg in Erie County, responded with a series of black-and-white photographs that documented the protests to Daniel Prude’s death that evoke sympathy for the demonstrators.

A sculpture titled “Life Net” by Cynthia Cratsley, of the Southern Tier village of Odessa, depicts the United States as a burning building. The people trapped within can save themselves and each other, if they’ll only leap into the face mask “net” below. 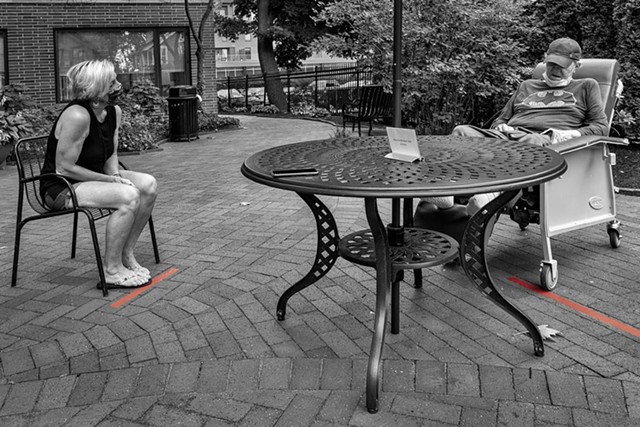 As a juror, Cheatle says she detected some common themes among the submissions. For one, many of the portraits had a similar look to them, an expression that she says is hard to put into words but completely relatable.

“Once you see it, you're like, ‘Oh, I've seen that face in the mirror,’” she says. “I recognize that look, even though these are all individual portraits of completely different people. It's just this sort of longing and sadness and ennui and you know, acceptance all at the same time, with a tiny sprinkle of hope in there. Very evocative of this time period.” 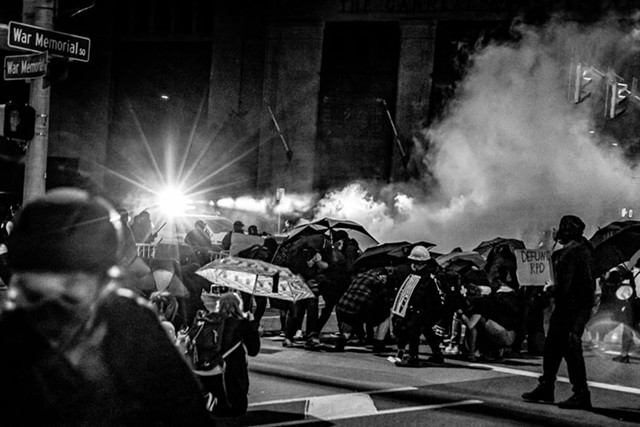 Cheatle says she also noted the impact our physical distancing had on photography. In many works there’s an evident space between the photographer and subject, simultaneously capturing our desire to connect and our collective isolation.

Ditto for Rochester artist Steven Piotrowski’s painting, “COVID Window Visit with Mom.” The piece shows an elderly woman behind a window lowering her mask to reveal an elated smile and the reflection in the window of the masked artist taking her photograph.

One piece that struck Guzmán is “Constant Disappointment,” a painting by another Rochester artist, Steven Peet. The image is a heap of beer cans in a trash can, paired with his bleak, brief artist statement: “For many the year has been one gut punch after another. How do you cope?”

Guzman says she related to the sentiment because the pandemic “presented a lot of obstacles and trials and tribulations in people's lives that we were just expected to deal with, without much assistance from the government.”

But Guzmán, Cheatle, and Asher also selected several works that speak of, as Guzmán put it, the “hope that comes from being in a low point.” 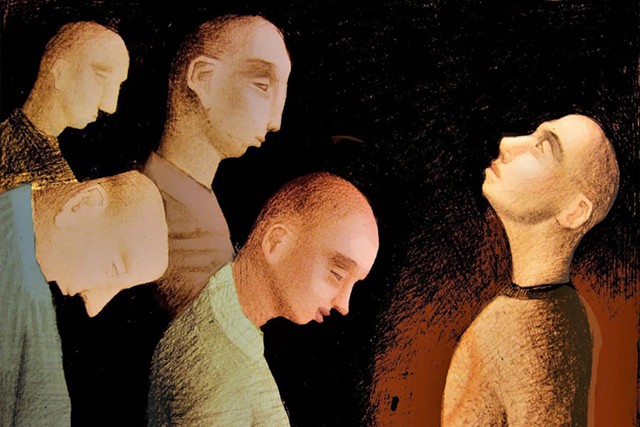 For example, Rochester artist Roxanna Mendoza created “The World,” a sculpture of rings of paper cranes that reflected a vision of the world reconnected. Another instance was an abstract painting of shifting colors called “A New Day” by Barbara Mink, of Ithaca. She painted the piece a week after the November presidential election.

“Last Year on Earth” has three companion exhibitions: RCTV is curating “Through the Cracks,” the video art “Unjustness,” and “The Warp & Weft,” a multilingual archive of stories organized by Mara Ahmed. A set of three new stories and audio recordings will be released each week via RoCo and Mara Ahmed’s social media.