Rockin' the house, indoors and out

The roughly two days that count for summer in Rochester encourage a little barefoot traffic to the multitude of outdoor family events. And of course that includes music. I've listed a few recommendations below, as well as some indoor shows that rage with steam heat. It's all world class, from the nationals that roll through the area to the locally-based bands that make a difference here and abroad. Get out there and wallow in it. You don't know how good you have it.

The music of Moses Rockwell sends the listener outside the hip-hop realm and into an exploratory state. His rapid-fire rhythmic rhymes tumble off his tongue in a spree.

At times, the words can evade you as they whiz by, which puts the voice into a more instrumental position rather than a narrative one. Even though the man has plenty to say, the effect is pretty cool; not necessarily just hearing what he says, but how he says it as well. Moses Rockwell with guests Kurt Sunn, King 20/20, and McClain play at 9 p.m. on Friday, June 28, at the Bug Jar, 219 Monroe Avenue. $6. 454-2966. bugjar.com; mosesrockwell.bandcamp.com.

The Rockin' Rochester Weekender: This here is a rock 'n' roll show with a mouthwatering line up. Starring NYC garage legends, The Fleshtones, the awesome lineup includes a pile of bands straight out of the garage. Lookout: Dirty Fences, Bloodshot Bill, The Surfrajettes, The Brooklyn Bluebirds, The Elevator Operators, The Hi-Risers, The Fox Sisters, Televisionaries, Harmonica Lewinski, Aweful Kanawful, Dangerbyrd, The Low Spirits, and Beef Gordon. Better bring napkins. The Rockin' Rochester Weekender takes place at Photo City Improv, 543 Atlantic Avenue, at 6 p.m. Friday, July 6, and Saturday, July 7, Weekend Passes are available for $40. 21 and over. 454-0047. photocityimprov.com. 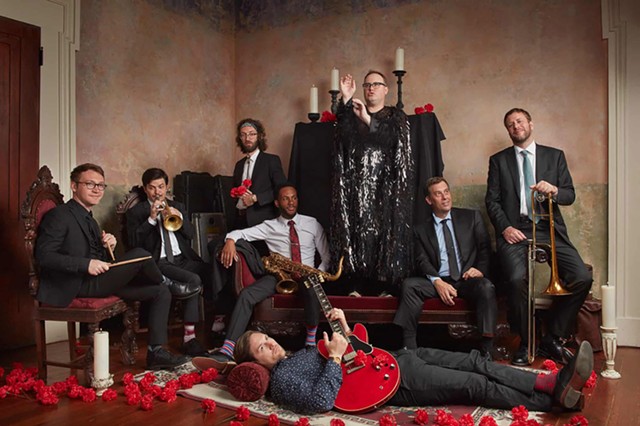 St. Paul and the Broken Bones front man Paul Janeway's unassuming mug belies the soul monster behind it. He sings like he's having a borderline fit, a Pentecostal tantrum. He moves about the bandstand like he's got ants in his pants — fire ants. His band is a powerhouse that hails from Birmingham, Alabama, and rocks classic worldwide. It's broken bones for your busted soul. St. Paul and the Broken Bones with guests Giant Panda Guerilla Dub Squad play at 5 p.m. on Friday, July 12, at Martin Luther King Jr. Memorial Park. $20; rochesterevents.com; stpaulandthebrokenbones.com.

If it's got strings on it, you'll see someone playing it at the Grassroots Festival of Music and Dance, a three-day festival celebrating folk and acoustic music. But it's not only a music fest with appearances from artists you'd expect, including Aaron Lipp & The Slack Tones, Giant Panda Guerilla Dub Squad, Taj Mahal, Jim Lauderdale, and the Ryan Montbleau Band. It also includes hip-hop from groups like Empire Kings, as well as workshops, camping, and dancing. The Grassroots Festival takes place July 18 through 21 at Trumansburg Fairgrounds, 2150 Trumansburg Road. Weekend pass are $140/$155 for adults and $67/$75 for ages 13 to 15; individual days are $38-$67 for adults, depending on the day, and $38 for ages 13 to 15; kids under 12 free. 607-387-5098. grassrootsfest.org. 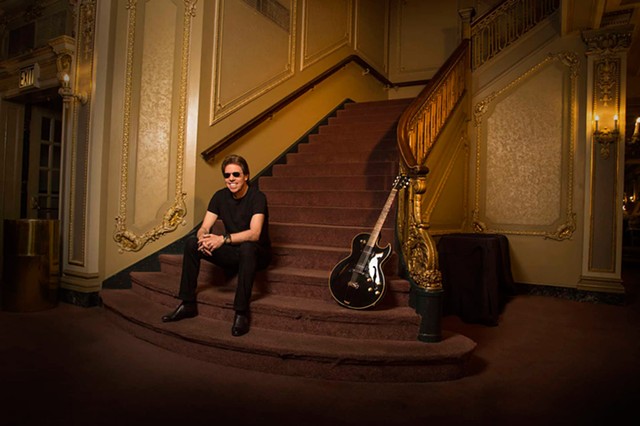 From the raunchy wail of his slide guitar to his gutsy, truck full-o'-sugary-gravel voice, George Thorogood is a musical icon, a man who embodies the enduring link between the blues and rock 'n' roll. On stage, Thorogood slinks with the menacing swagger of a panther one minute before prancing about like Little Richard the next. Thorogood is truly one of the last great song-and-dance men. George Thorogood and the Destroyers with guest Cedric Burnside play MLK Park at 5 p.m. on Wednesday, July 24. $20. rochesterevents.com; georgethorogood.com.

There's no shame in Alice Cooper. There's shock, but no shame. And without the Coop, there'd be no theatrics in metal. There'd be no larger-than-death characters like Marilyn Manson or Rob Zombie. In an interview with the rocker years ago, I asked him who his favorite rock star was and he answered, "Me." He's awesome. Alice Cooper plays with guests Halestorm on Wednesday August 7, 7 p.m. CMAC, 3355 Marvin Sands Drive. Tickets start at $23. cmacevents.com; alicecooper.com.

R&B is a genre that flies under the radar in Rochester, somewhat. If we could pull off a couple more shows like the Summer Soul Music Festival, then I could take that accusation back. The festival features performances by Guy, Keke Wyatt, and celebrating its 30 years in the biz, Bell Biv Devoe. Summer Soul Music Festival happens Friday, August 23, at and Saturday, August 24, at Frontier Field. $50-$80 for both days; $15 to $49 for Friday; $45-$75 for Saturday. rocsummersoulfest.com.

This year's Fairport Music Festival features Roy Wilson and The Buzzards, Sirsy, Junkyard Field Trip, The Tommy Brunett Band and many others, raising money for Golisano's Children's Hospital. This two-day event has been getting bigger year after year but hey, it's for the kids. There's plenty of grub, too. Fairport Music Festival happens Friday and Saturday, August 23 and 24, on 12 Liftbridge Lane East, Fairport $15 advance, $20 at door. fairportmusicfestival.com.