Track review: 'You're the One' by Deborah Magone 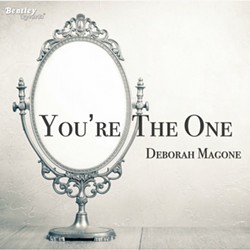 On the new dance single “You’re the One,” Deborah Magone has done a stylistic 180, transforming herself from bluesy barroom rock ‘n’ roller to grandiose chanteuse. Written by Mike Greenly, Audrey Martells, and Scott Williamson, the song is ’80s-era disco that’ll set you in motion.

Magone’s dusky voice is still there, but I don’t remember her range being so stratospheric; she pegs the high notes effortlessly. At moments, her vocal acrobatics are reminiscent of Mariah Carey. Here’s hoping Magone’s newly found pop diva aesthetic will find its way on a full-length album.


Released by Bentley Records, “You’re the One” was engineered, mixed, and mastered by Sam Polizzi, and it’s a splendid departure to clouds unknown.

Music Reviews Deborah Magone You're the One pop disco