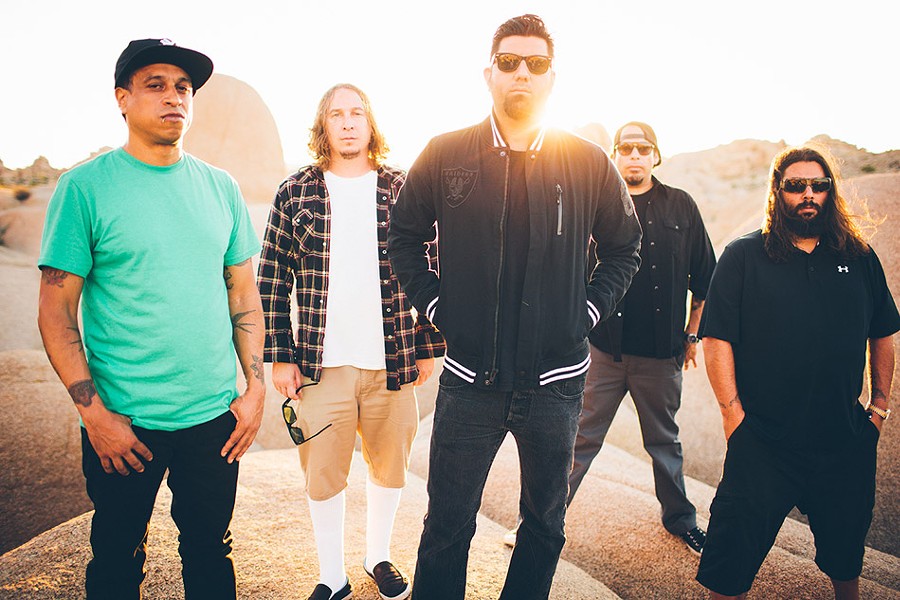 At this stage of the band's career, the members of Sacramento's Deftones are wily veterans: churning out a solid album every few years and touring to throngs of both long-time as well as newly found fans. Over the course of seven records the band has stayed mostly true to its alternative metal roots, updating its heavy rock sound in increments. To avoid remaining placid, each record presents enough new challenges for fans to keep things progressing, while band members seem content to use a litany of side projects to flesh out other artistic influences and notions — many of which happen to be successful in their own right. Always the most talented of its contemporaries, the band continues to stay relevant, producing music fans can find solace in, but never returning to what's already been explored.