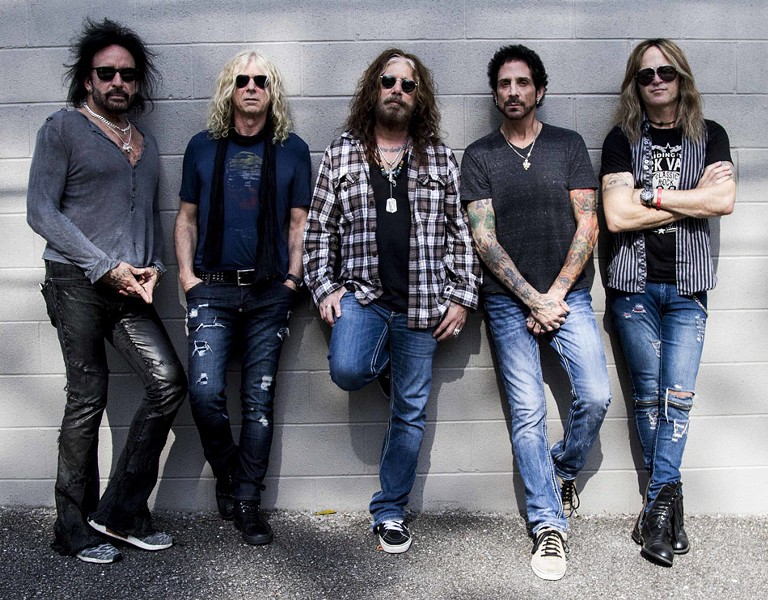 The Dead Daisies plays a sort of Dr. Watson to the Sherlock Holmes role carved out by The Hollywood Vampires — both bands occupy the same supergroup haze. The Dead Daisies, featuring a lineup of changing musicians centered around rhythm guitarist and co-founder David Lowy, is a classic salute to the 70's and early 80's. Lead singer John Corabi (Motley Crue) has huge stage presence along with guitarist Doug Aldrich (Whitesnake and Dio). Deen Castronovo (Journey) is a monster on drums and beats the snot out of his kit while Marco Mendoza (Thin Lizzy) holds down the bottom end on bass. The band is touring in support of its latest album, "Burn It Down."