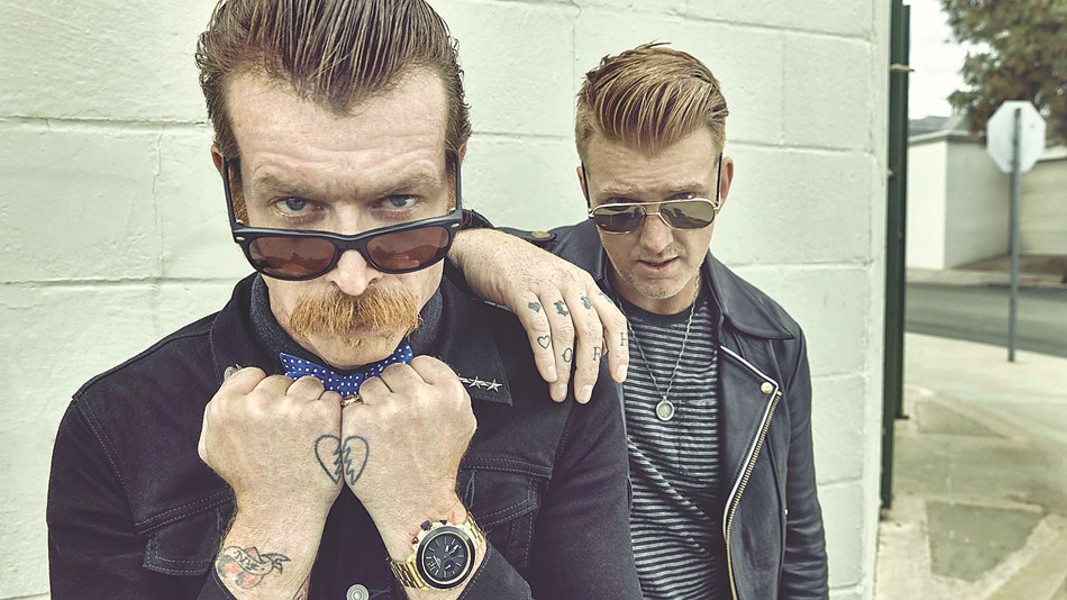 It's funny when a band that doesn't take itself too seriously sets its sights on making some serious music. Remember: rock 'n' roll was made for shaking your ass. Despite the revolving door of heavy talent, Eagles of Death Metal plays some of the freshest garage-infused rock music you'll ever hear. Formed in 1998 in Palm Desert, California, the band chose its name not as an ominous moniker but as a less-threatening way to describe the band — for example, as if The Eagles played Death Metal. The band came to be as the love child of guitarist Jesse Hughes and Josh Homme (Queens of the Stone Age) and over the years has boasted cameos by artists like Dave Grohl (Foo Fighters) and Brent Hinds (Mastodon).