The Dirty Pennies is keeping the blues relevant 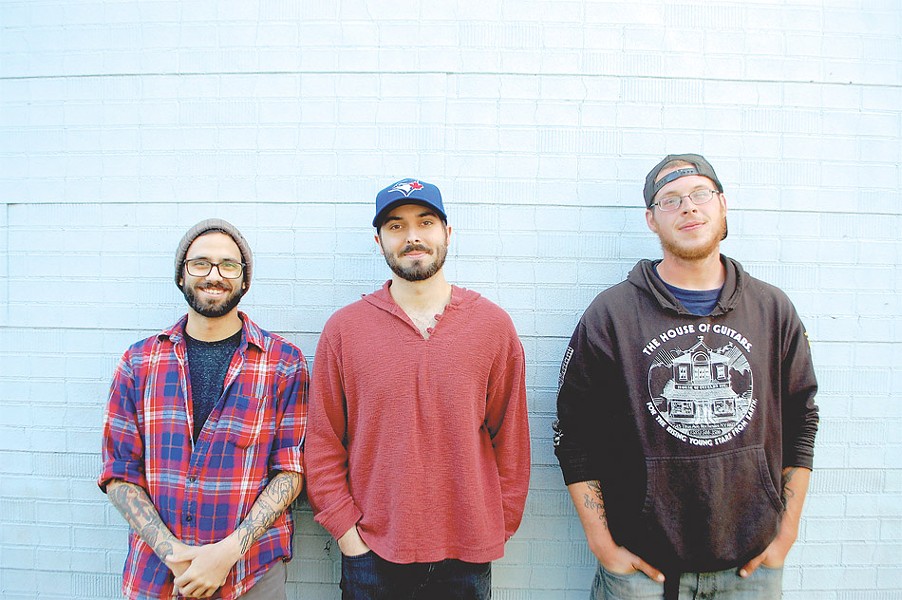 For more information, check out the band's Facebook page at facebook.com/TheDirtyPennies

Even The Dirty Pennies gets the blues. The Rochester trio is part of a nouveaux approach that's gonna keep those blues alive and relevant. Often the genre gets steam-rolled by who plays it and how it's being played, but not with The Dirty Pennies. It's simple: the band is primitive with a mean gutbucket guitar riff, the driving beat of the drums, and a bass that swings sassy and precarious.

The Dirty Pennies launched as a duo in 2012 with Ryan Klem singing and playing guitar and Lucas Howe on drums. But the outfit just couldn't acquire any momentum; it was a slow start, playing music for crowds that they outnumbered.

"We were just sort of dicking around," Klem says. "We started jamming, just trying to find any place to play ... playing for two people at the Bug Jar on a Wednesday night."

Klem wanted to play blues-rock like Derek Trucks, "even though we don't sound like that at all," he says. He also cites BB King and Buddy Guy "and just straight-ahead blues-rock" as done by bands like The White Stripes and The Black Keys. It's kind of a Southern rock mix; a sound you'd expect from artists on the Fat Possum Records label, like Kenny Brown.

Still, the whole two-man thing had them stymied. A promoter in Cleveland suggested that adding a third piece might make bookings easier. The Dirty Pennies boosters balked. "A lot of people were like, 'Why are you putting in a bass?'" Klem says. "'It already sounds like you have enough.'"

"But it helped us to move forward," Howe adds.

Bassist Joseph Mungo moved up to Rochester from Geneva where he'd been playing Drum & Bass. He had seen The Dirty Pennies a few times and was struck.

"I wanted to make music like these guys were putting out," he says. "I said, 'We should jam sometime. I think I can bring something.' So I came in and we almost immediately started writing new stuff. Then slowly we started in on the old stuff."

So then there were three.

The new music flowed in fluently and consistently with older tracks. The Dirty Pennies plans on a merger, throwing the stuff recorded on its eponymous EP in as additional tracks on its new album, "Kick out the Rocks," which was recorded with Jesse Sprinkle at Bluebrick Studios, and is slated to hit the street March 24.

"As a writer," Klem says. "I'd say the stuff we're doing on this new album is the type of music we've tried to put out for a long, long time. I think we've found a really good formula."

And despite the guitar's sinister, lower-register grind and moan, Klem doesn't drop his tuning down, he's strictly an A-440 man and doesn't overthink his approach.

"I use hollow bodies," he says, "and heavy reverb on a solid-state amp. I'm not that much of a gear head. I have one fuzz pedal. I used to write more singer-songwriter stuff like Josh Ritter and just brought it to the electric stage, which was really weird and difficult for both of us to get together on. We came from two very different backgrounds in music."

"I like a lot of everything now," Howe says. "Playing in this band has broadened my taste in music like crazy. What I played before was like Megadeth, Slayer, and all that type of stuff. This music is more fun, in my opinion, to play. I'll still jam on some metal when I'm playing alone, but this stuff is more groove-y and more fun. It's big, and we play big."