Rochester’s first meadery finds a home at the Hungerford

At a time when breweries were popping up around Rochester, Bly opened an urban cidery, the first in Monroe County. Not only that, he eschewed the popular saccharine, fizzy apple juices of the Finger Lakes in favor of a bone-dry, nuanced, and more “serious” cider.

And when he got his federal license to produce wine, he turned to honey instead of grapes, and became the first producer of mead in Monroe County.

Bly opened Shertbriar Meadery in September in the same location as Seed and Stone.

“I don’t really see mead around at all, and we want to try to introduce it to people, like, ‘Hey, here’s mead, it might be something you’ve never had before, give it a shot,’” Bly said. 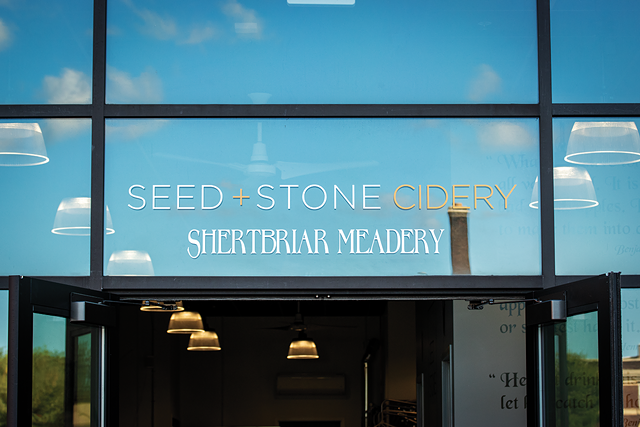 He spoke between sips of his new product on a recent warm afternoon and wore a shirt proclaiming, “Mead, It’s not Just for Vikings anymore.”

Mead, a boozy drink that gets most of its fermentable sugar from honey, is the world’s oldest alcoholic beverage.

How old? Historians figure that around the time farmers in what is now China fermented rice, honey, and wild grapes in clay pots to make the first batch of mead, the Pyramids of Giza were another 4,000 years away.

“It was really common for thousands of years before the sugar trade came about,” said Bly Travers, Bly’s daughter and co-owner of Seed and Stone and Shertbriar. “Honey wasn’t really needed anymore for sweetening, and that’s when (mead) started having its big decline.” 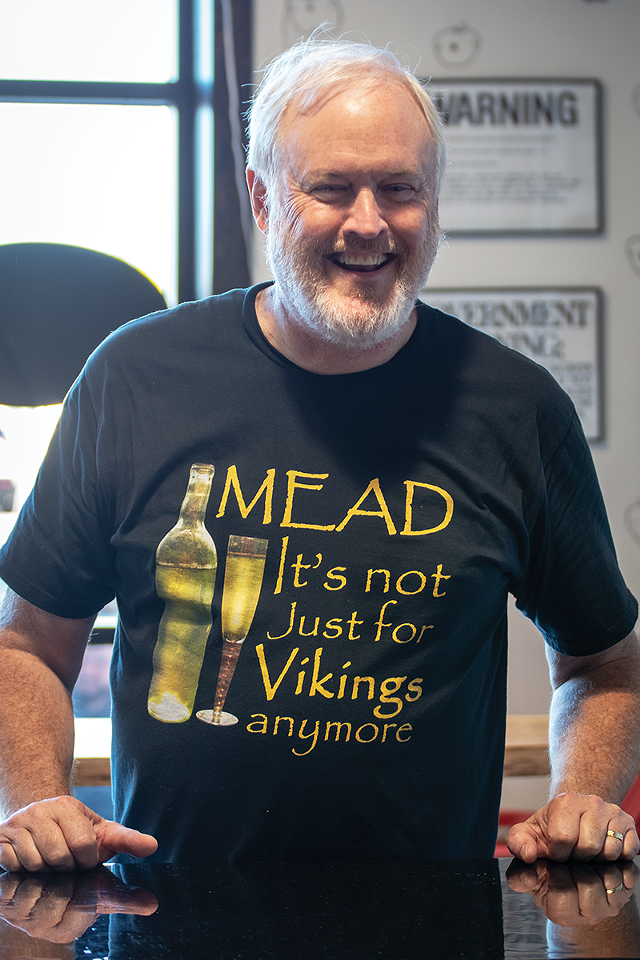 But fast forward 9,000 years and mead endures, albeit as a bit of a niche product. That’s in part by demand and in part by circumstance. Mead is more expensive to make than grape wine, beer, or cider.

Bryan Degraw, owner of 810 Meadworks in Medina, said the cost of making a gallon of mead is about the same as five gallons of a typical beer. Originally a beer homebrewer, Degraw said the cost makes for a meticulous brewing process.

“If you’re brewing a five-gallon batch of mead, you don’t want to end up having to dump it down the drain,” Degraw said. “I spent more time caring for each mead, and in the end, it made me a much better mead maker.”

The cost coupled with the relative obscurity of the drink makes it a challenge, and also a bit precarious.

Shertbriar is entering the market with two varieties, a Finnish-style Sima and a ginger root-infused offering dubbed Balder’s Wild Ginger.

The Sima is a lesson in contradiction, both mild and palatable yet brimming with intense notes of citrus and vibrant lemon zest. The Balder’s showcases an acidic, nearly pickled ginger flavor with a bright riesling-esque finish brought by a strong showing of white wine yeast. 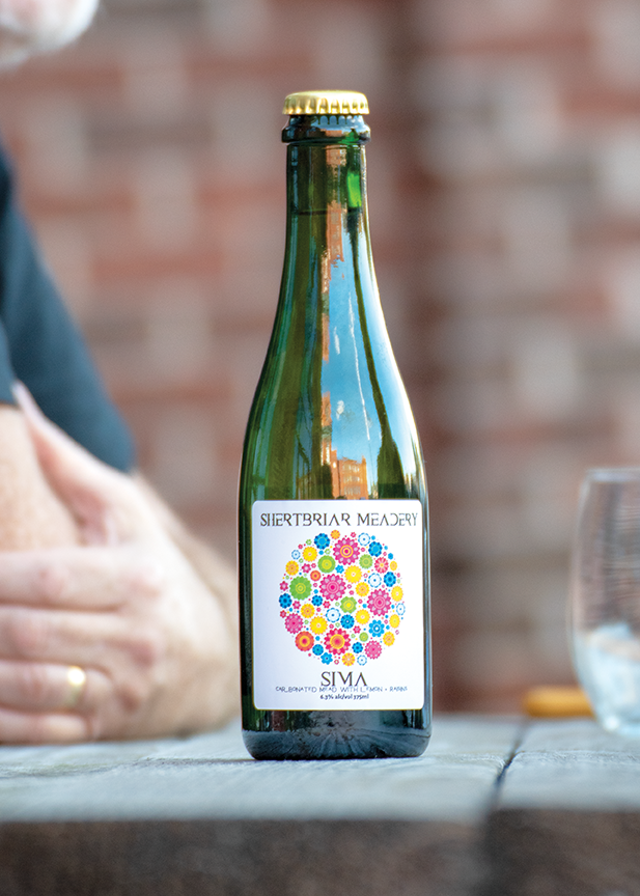 The meadery plans to roll out nine varieties over the next couple months, including a version made with maple sap instead of water called “Into the Woods,” and a cozy-sounding offering called “Tears of Odin,” made with apples, cinnamon, allspice, and vanilla.

While you’re unlikely to be taking a mead tour in the Finger Lakes anytime soon, there are a smattering of mead producers in the region.

Paul Curcillo, a surgical oncologist in Philadelphia and co-owner of Earle Estates Meadery in Penn Yan, is one of them.

For Degraw, the draw of mead is its versatility. You can do just about anything with it, and that shows in his roster of different honey wines at 810 Meadworks. The meadery offers everything from no-frills meads to bourbon barrel behemoths spiked with a slate of ingredients that sound like a grocery list.

“It can be anything,” Degraw said. “There’s not like there’s a box to fit it in.”

A delicate ensemble of wild flower notes, punctuated by shimmering glints of lemon zest and pronounced citrus that round out this grown-up lemonade.

Slightly tart, slightly acidic, and slightly herbal, this easy-drinking offering makes ginger the star of the show, culminating in a love child of dry white wine and pickled ginger. A match made in heaven for a seafood meal.

I’m currently rewatching “Breaking Bad” and, man, Raymond Cruz was just the best as the meth-addled maniac drug lord Tuco Salamanca. This mead is an off-the-wall tribute to an off-the-wall performance, and, despite not being local, is also the first mead I ever drank. Agave nectar provides a rich sweetness which is countered by bright notes of lime and zest.

I haven’t tasted this mead yet, but it’s on my list because aging mead with black currants, black tea, wildflower honey, and rose petals in a barrel that previously held a raspberry stout is madness that I have to have.