Rochester's coziest cocktails — and where to find them 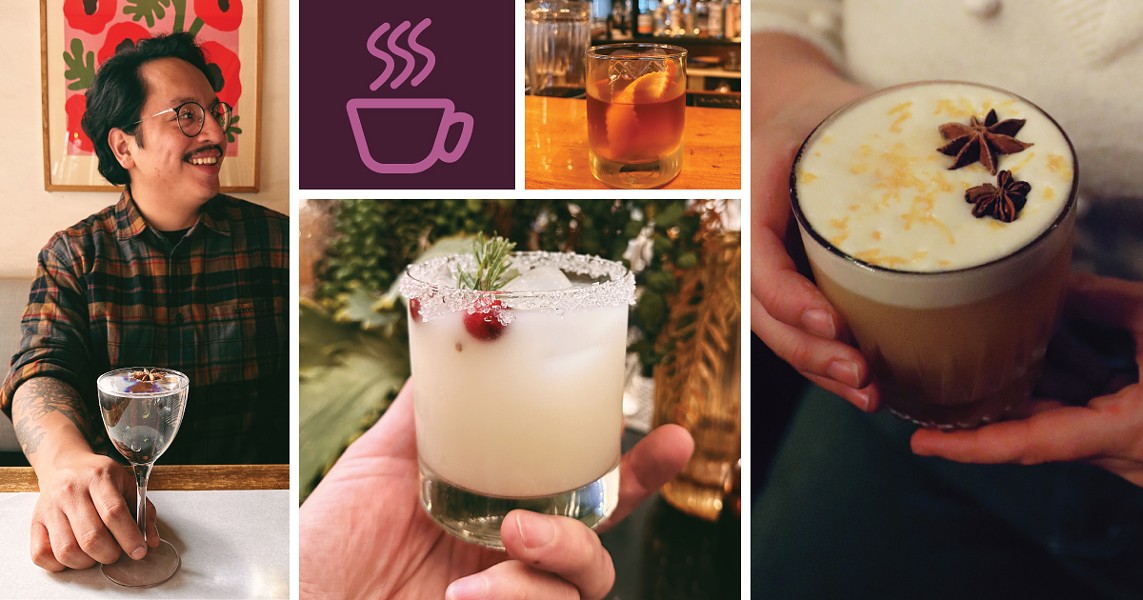 The weather outside is frightful, but we rounded up nine local spots where you can grab warming — due to either the booze or the temperature of the drink — and holiday-inspired cocktails.

“Alpine Divide” | Roux, 688 Park Ave. | $12
Bar manager Louis Ressel says the Alpine Divide tastes like “the icicles outside your window on Christmas morning” — flavors of orange, anise, cinnamon, and clove blend in this crystal-clear cocktail that contains both a fruited brandy and an herbal liqueur from the Czech Republic. The concoction was inspired by a white Negroni (a base spirit with something herbaceous), while the name comes from the central range of mountains in the Alps. rouxparkave.com 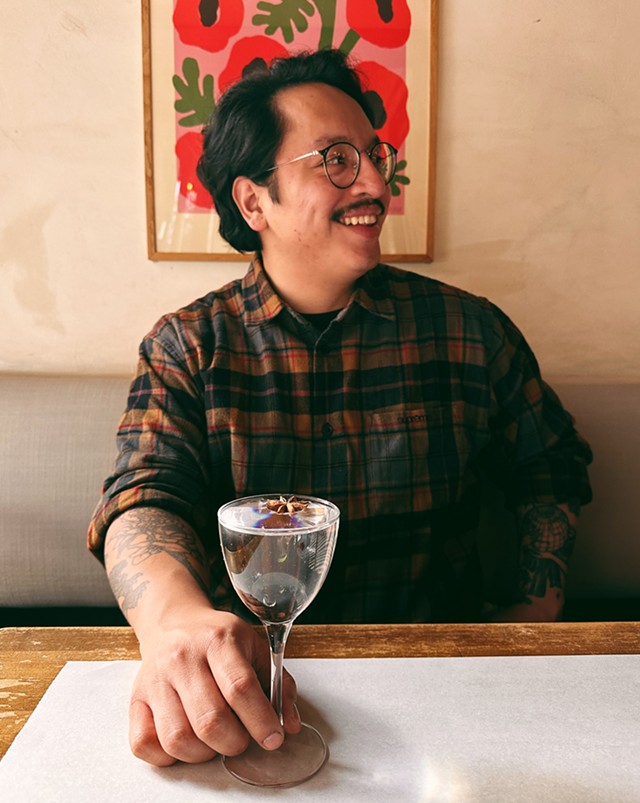 “NY’s Hottest Club” | Bar Bantam, 1 South Clinton Ave. | $12
This Bar Bantam menu fixture is an ode to “Saturday Night Live” character Stefon Meyers (created by Bill Hader and former SNL writer John Mulaney, and played by Hader). And what better way to ring in the New Year than by enjoying NY’s Hottest Club? Order this pink drink and admire the swirling edible glitter as you sip into 2023. barbantam.com 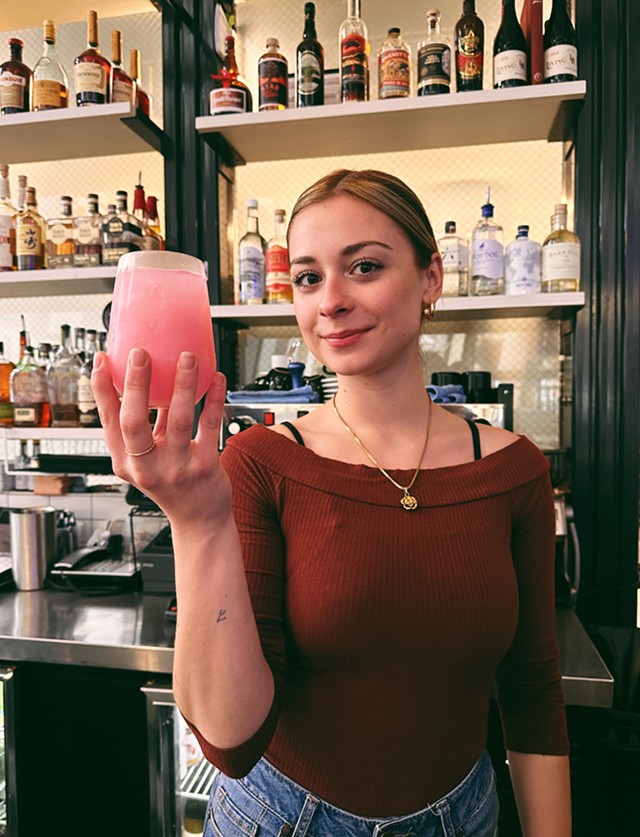 “Duck Fat-Washed Old Fashioned” | Grace and Disgrace, 17 Richmond St. | $20
“It’s basically a whole Christmas dinner in a glass,” says Grace and Disgrace co-owner Megan Goodney. She takes Old Forester 1910 Old Fine Bourbon — noting its peppery spice and rich fruits are a perfect fit — and infuses it with melted duck fat overnight, chilling and then skimming off the fat to leave a silky textured bourbon with a faint savory flavor. Goodney then builds a classic Old Fashioned, finishing it off with orange oil, in a smoking chamber with cherrywood (a nice complement to the duck). graceanddisgrace.com 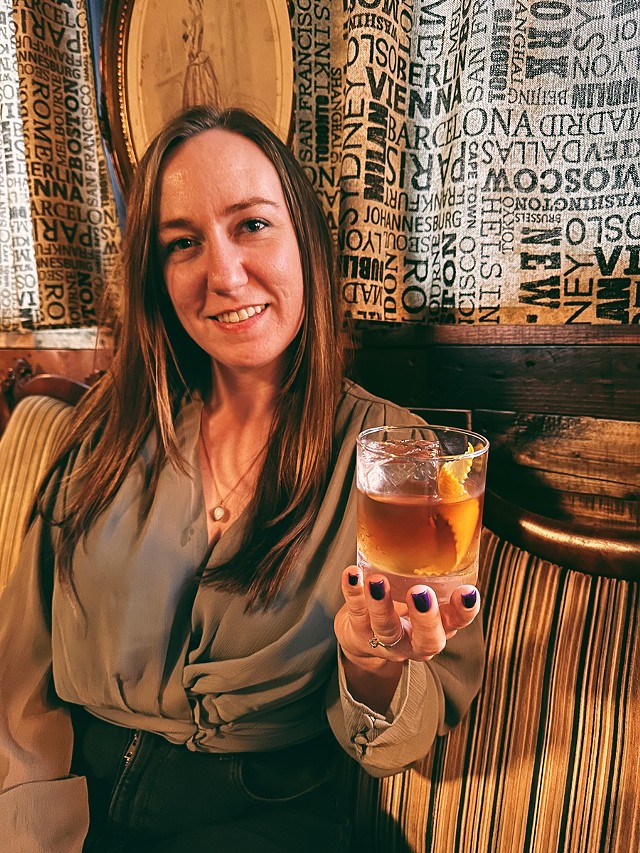 “The Tod Farkus” | Redd, 24 Winthrop St. | $13
A housemade Moroccan Mint tea syrup is added to Monkey Shoulder scotch, then heated with Jasmine Tea and a splash of local apple cider. The result is – as bar manager Kevin Wade says — “Steamy.” He calls it The Tod Farkus, after his good friend who lives in Syracuse (no relation to the fictional neighborhood bully Scott Farkus in the classic holiday film “A Christmas Story”). “It’ll warm your belly and soul,” says Wade, “and maybe get you a little tipsy.” reddrochester.com 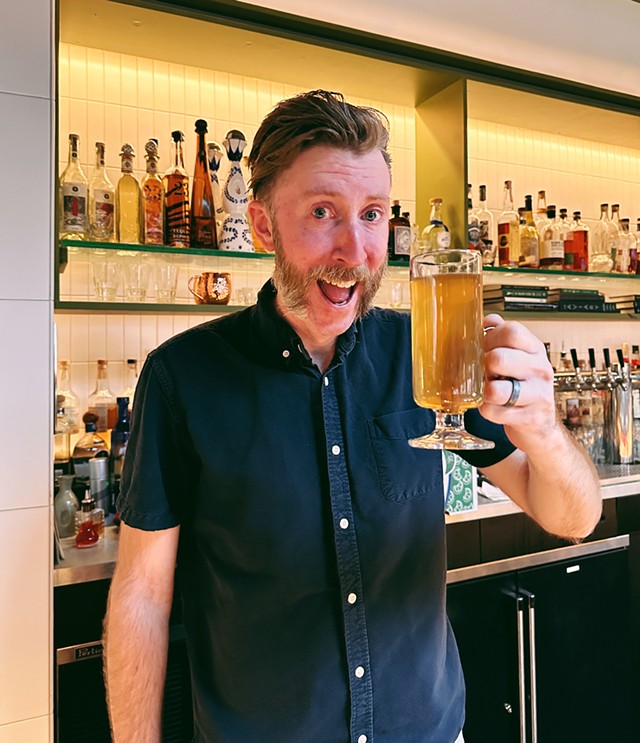 “Sicilian Orangette” | Branca Midtown | $13
This drink is an ode to both Branca’s Italian heritage and the Sicilian Orangette dessert (candied orange peel dipped in melted chocolate) that’s popular around the holidays. Bar manager Brittany Wood combines gin, sweet vermouth, Averna (a Sicilian amaro), orange and chocolate bitters, and a bar spoon of crème de cacao. “It’s more of an after-dinner drink, that amaro-digestif sipper with dessert or after your meal on its own,” says Wood. brancamidtown.com 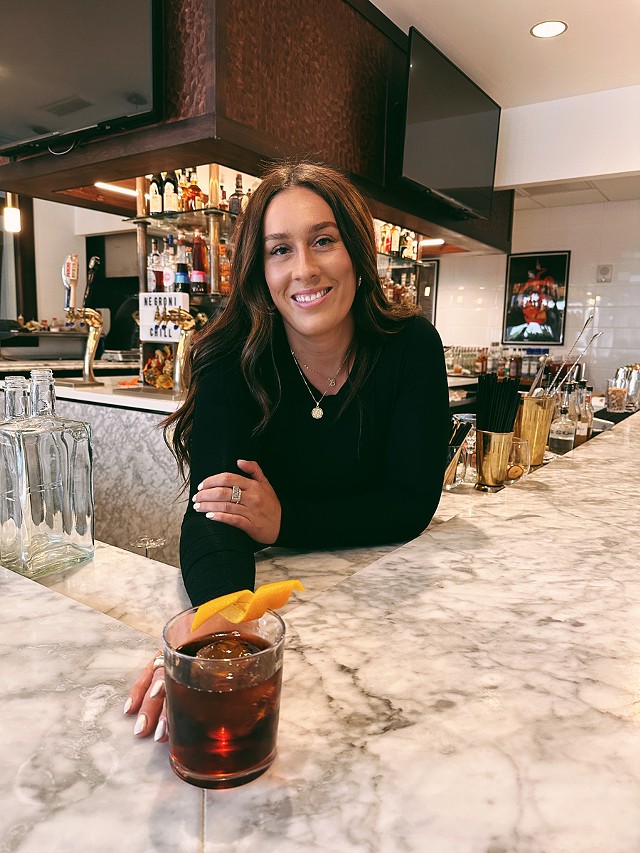 “Picarón” | Ox & Stone, 282 Alexander St. | $13
A riff on a Pisco Sour, this drink incorporates the sweetness of picarónes, a Peruvian dessert similar to a doughnut but made with sweet potato. Bar manager Emily Penrose uses a syrup inspired by chancaca (a sweet sauce made from raw sugarcane, often flavored with orange peel and cinnamon), roasted sweet potato, and orange zest to evoke the comforting flavors associated with the holidays. oxandstone.com 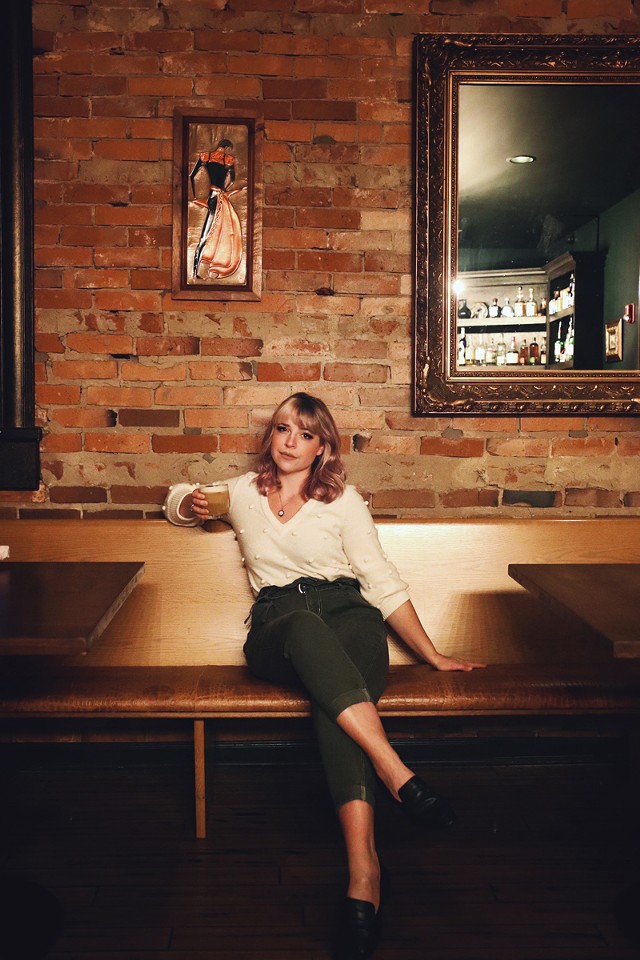 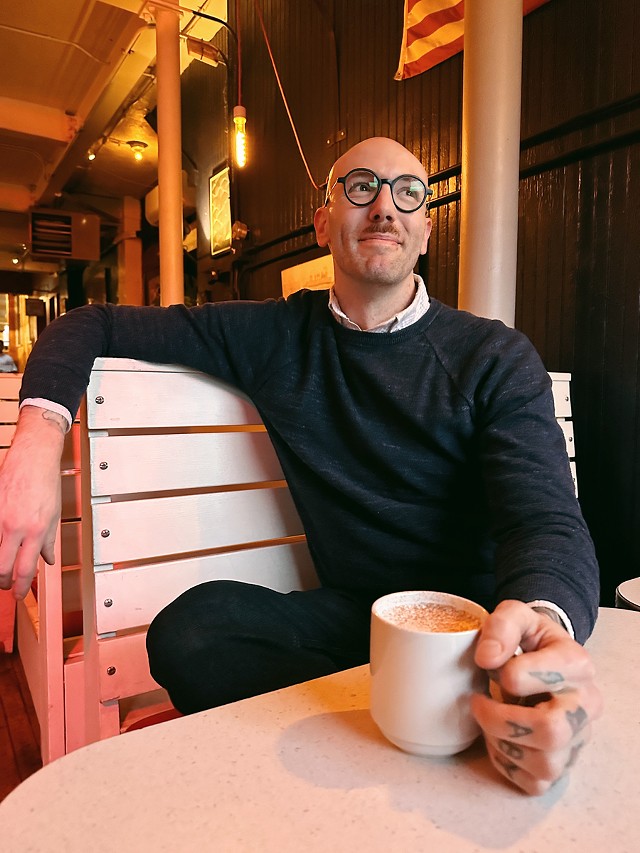 “Mistletoe Sangria” | La Bola, 240 East Main St. | $13
For this drink, bartender Ryan Ilgi started with an aesthetic he wanted and worked within the Spanish-Mediterranean inspiration of La Bola (a new bar owned by the same crew as Avvino, located in the Mercantile on Main food hall downtown) to create a cocktail that combined art with taste. “It’s a sangria, and has coconut milk like many of the Spanish holiday drinks you’ll find,” says Ilgi. “You get a hint of Christmas, but it’s unexpected.” And yes — if you hold it over someone’s head, it works like a regular mistletoe. avvinorochester.com/labola 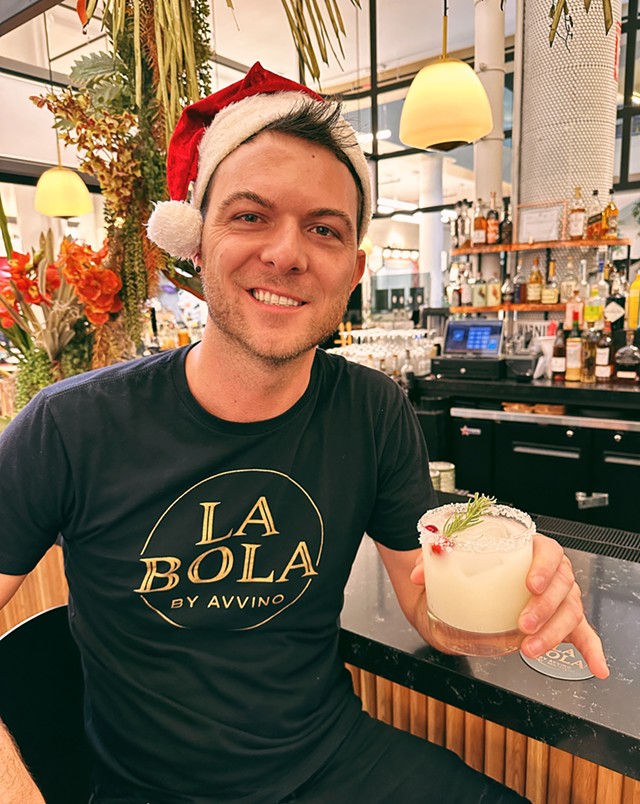 Leah Stacy is a freelancer writer for CITY.