Rochester through the long lens

But City of Rochester photographer Ira Srole says he found it sobering. Srole used to accompany city building inspectors to photograph every room in a house or building, he says, as a form of documentation.

"You're seeing what once was somebody's personal space," Srole says. "Most of us dream of having our own home, and this often is a history of personal failure, usually because of poverty."

You've probably seen Srole's photos on everything from city brochures and posters to newspaper articles. In its most literal sense, the job of the city photographer is documenting the people, places, and events that occur within city government, he says.

But in many respects, Srole's work helps shape the city's image, he says.

"My job is to assist the administration through the medium of photography," he says. "I'm always trying to inform. Most people don't really have a clue about Rochester."

He says that there is a promotional aspect to his work.

"I don't look at that in a negative way," Srole says. "For example, I think Mayor Lovely Warren would be the first to say that Rochester has some real problems. She's a realist. But there are good things happening here, too, and part of the job is to counter the media's appetite for negative stories."

Srole's interest in photography began as a hobby while he was living in Montreal in the early 1970's.

"I had gotten a certain amount of respect for my work and I thought, 'Maybe I should get a master's degree in this,'" he says. "People told me Rochester is a really great place for photography. What they meant was RIT."

While attending RIT, Srole photographed a congregation of African-Americans practicing a form of Judaism. He says the experience was pivotal – a confirmation that he was in the right field.

Being of white European Jewish descent, he says he was aware of the historical significance of preserving temples. And he heard that a group of people of color was restoring a synagogue on Leopold Street with the help of the Landmark Society. He says he was captivated by the group's passion and commitment.

"The whole idea just floored me," Srole says. "I knew that there were black people who were Jewish, but that there was this group right here in Rochester really resonated with me."

Not many people in Rochester knew this community of Jews existed at the time, Srole says. He spent nearly a year photographing them.

Srole says he is inspired by the work of Dorothea Lange, whose iconic images of migrant workers struggling during the Dust Bowl are some of the most important images of 20th century American life.

"Sometimes the most mundane things may seem like they are not worthy of being photographed," he says. "But they often turn out to be important images. Lange captured ordinary people doing extraordinary things, and she photographed them with love and caring."

Srole says that one of the more unusual aspects of his job is that elections often mean he has a new boss.

"It's always been very exciting when a new mayor came into office because the changes mean new things to document," he says. "Mayor Bill Johnson came into office and succeeded Mayor Ryan, and that was very big because Mayor Johnson was, of course, our first African-American mayor. It was huge. It was historical."

And with each change at the top, Srole says, comes a new set of priorities.

"Mayor Johnson was very passionate about spreading the word about the perils of urban sprawl, and he decided he was going to use photography to help educate the public," he says. "He wanted people to know what damage sprawl was doing to this entire area."

Srole says one incident with Johnson stands out. They were at a ground-breaking ceremony and Johnson scooped up a shovel full of dirt and tossed it at Srole.

"He was in a frisky mood that day," Srole says. "I don't think he meant it in a bad way, but I wasn't expecting to have to dust myself off after that shoot."

Documenting Mayor Warren is a bit like following a celebrity, Srole says. She is the city's first woman mayor and its youngest. Her youth is appealing to young people; Srole says he's never seen anything quite like it.

"She loves the people of Rochester and she especially loves going into schools and talking with students," he says. "And it's amazing to see how they just flock to her. They want to touch her and they want her autograph."

Documenting Rochester's sesquicentennial celebration in 1984 was one of Srole's favorite assignments involving numerous events and stories.

"I was relatively new, so that stands out for the sheer volume of events," he says. "There was so much pride and positive energy."

Advances in technology have changed not only how photographs are taken and archived, Srole says, but the way people think about photography. The city, which began taking photographs of its public works projects roughly 100 years ago, has approximately a million images in its collection, Srole says.

The city archives folders of images on a website, www.cityofrochester.smugmug.com. Many of the images, though not all, can be accessed through the Monroe County Library System.

A decidedly low-tech photo journal has been used to log every job assignment since 1979, including a job number, description, and date. But just about every other aspect of the job has gone digital — something that Srole admits he's a little reticent about.

"I'm not a particularly techy guy, so I was a little resistant," he says. He says he started shooting with a Nikon Nikkormat and a Minolta Rangefinder, mostly in black and white.

Digital allows an infinite number of images at a far lower cost, Srole says, but something else has changed, too. He says that when he began his career, like most photographers, he focused on a single moment in time.

But in this era when anyone with a phone can capture an image, people aren't always sure of what they're seeing. They want to know more, he says, and video provides that to some degree.

But that hasn't diminished the role of photography, he says.

"There is still something big and powerful in a photograph even though it's not representative of all reality," he says.

Slideshow Photos from the City of Rochester 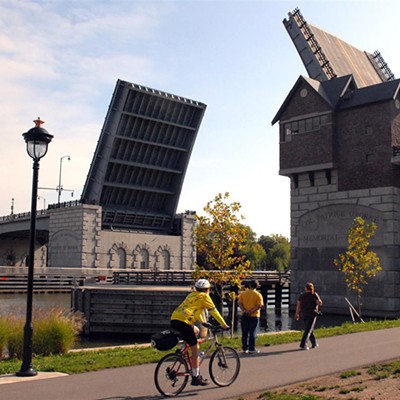 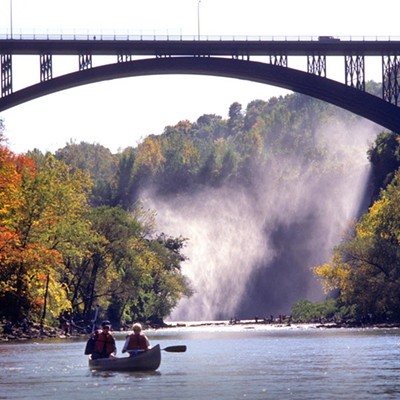 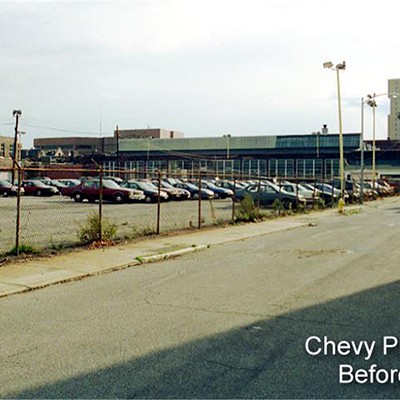 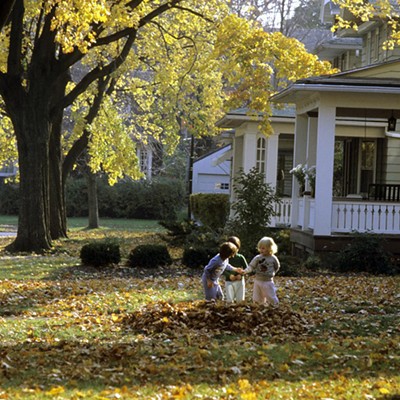 Photos from the City of Rochester
Click to View 24 slides