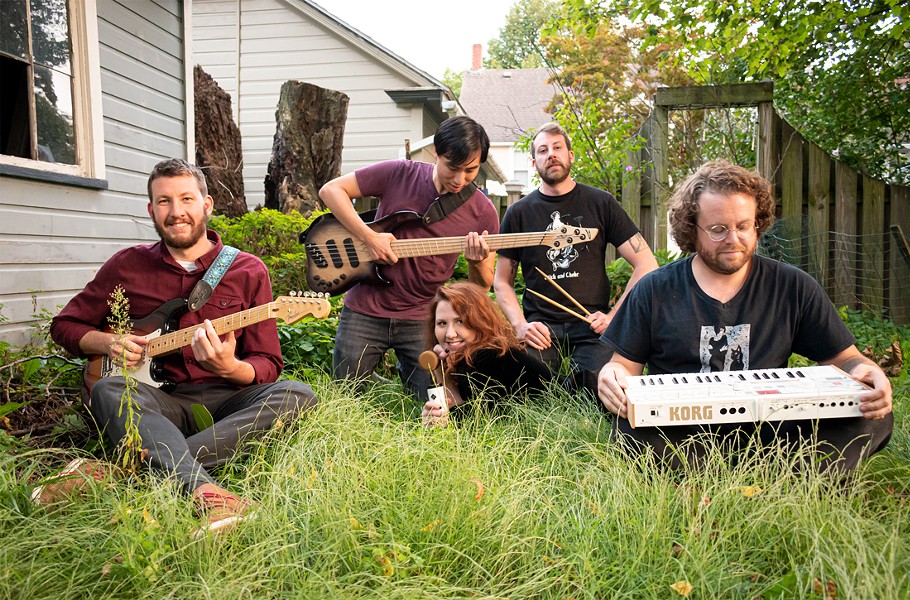 I recently saw the band Bellwether Breaks play its first gig, at Abilene Bar & Lounge, as “incidental music,” as per New York state’s COVID-era regulations. But this new group is too good to be labeled “incidental” — there’s simply too much pedigree.

This five-piece lineup from Rochester — guitarist Peter Goebel, drummer Dave Goebel, Chris Coon on keys, bassist Eugene Bisdikian, and Elyse Coughlin on vocals — plays sweet soul music, though they may disagree about the semantics of genre or the purity of sound.

“Bellwether Breaks plays early rock with a heavy nod to the 1950s and 1960s,” says Coughlin. “We write and play original songs with lots of influence from soul and early rock. Even some stuff from the 1990s creeps in from time to time.”


But when it comes down to soul, or soul-infused music, Bellwether Breaks doubles the fun by mixing classic soul with nouveau soul. The band says it started with a handful of original songs that brought them together.

“I had a backlog of seven songs that were in the soul genre and I decided they could be a basis for a new band,” Dave Goebel says. “When it was written, it came out that way — soul — because I was listening to a lot of Otis Redding, King Solomon Burke, etc.”

“Dave, Pete, and I had had a soul cover band a bunch of years ago called The Champales,” says Coon.” I think we simply like the sound and it just comes out that way, but we’re not trying to be restrictive.” They are, however, deliberate.

And always with soul there’s got to be a voice, the pipes, the true window to the soul. That's Coughlin's job.

“I grew up listening to vocalists that really belted,” she says. “The big vibrato and the big showmanship.”

You can see it and feel it, whereas you just hear it with other bands. But Bellwether Breaks doesn't showboat or let the music get distracted by their show. There are no stunts, there is no choreography. They just lean in and let the groove do its thing.

Want proof? You can hear it all with the dynamic strokes the quintet paints with on its latest extra-cool single, “80-20” and its B-side “ Long Way Down.”

“80-20” will unnerve the listener as it takes off skyward with the help of Goebel’s steel guitar. It's pure, big vista soul. “Long Way Down,” on the other hand, stays grounded in the classic rudiments that the band will surely master as it matures. It’ll remind you a lot of Otis Redding or Rachel Nagy of Detroit Cobras fame — something sweet with a dash of diesel and cayenne.


But as with all bands, in my humble opinion, the proof is live. And in a pandemic-era world in which live bands are being relegated to being considered “incidental,” it’s tough.

“It was weird playing out, and looking out at the crowd and seeing people only sitting there as opposed to dancing and moving about,” Coughlin says of Bellwether Breaks’ first show. “But the general energy was the same. The cheering and clapping. It felt great. It was a ton of fun and extremely rewarding. We put in a lot of work leading up to the show, and it was great to have a full house of friends and family to share our music with.”