November 14, 2018
The Rochester School District is plagued by high leadership turnover and instability, operates with little accountability, and "seems driven more by the needs of administrators, teachers, and parents, with student concerns often taking a back seat to adult interests." 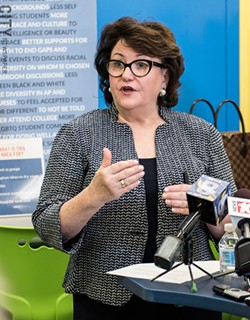 ucator, Jaime Aquino, which was released this afternoon. The problems are widespread, severe, and have gone on for many years, his report says. "One can only conclude,"  Aquino wrote, "that the District leaves supervision, school direction, and learning to chance."

Aquino, a former administrator in the Los Angeles and Denver school districts,  was sent to Rochester late last summer by state Education Commissioner MaryEllen Elia as a result of the persistently poor performance by the city's public schools. Since then, he has studied the district's operations and talked with district administrators, staff, parents, and community representatives.

Among the findings:
The district has had a high level of change among its key leaders – not only in superintendents but in other senior administrators as well.