Rochester School Board: Tough, thankless, but not hopeless

The nine candidates seeking the Democratic line for three open Rochester city school board seats are applying for one of the most thankless jobs in local politics and government.

The Rochester City School District has been trying to claw its way out of several serious problems for about as long as most people can remember. The latest was a self-inflicted budget deficit uncovered in late 2019 of such epic proportions that it led the school board to lay off 175 district workers, including 109 teachers.

City officials, business leaders, students, and just about everyone in greater Rochester is fed up with the district’s performance on state tests, low graduation rates, and any of several other key academic indicators.

In some respects, there has been modest improvement, though. In 2019, the graduation rate climbed to 63 percent, a figure heralded as the highest in 20 years. That was due in part, however, to the district shepherding students toward the least academically-rigorous diploma, one that prepares students for entry-level employment instead of college or a skilled trade.

The candidates in this race each have their own thoughts about how to improve the district.

Whoever wins the primary will likely go on to win the general election, as is the case with most Democratic primaries in the city. They’ll serve four-year terms and the only certainty of their tenure will be that they’ll have lots of hard work ahead of them and little thanks.

EDITOR’S NOTE 6.8.21: The profiles for candidates Clifford Florence and his daughter, Clianda Florence-Yarde, have been expanded from their original version to better reflect the candidates’ individual backgrounds and priorities for the school district. 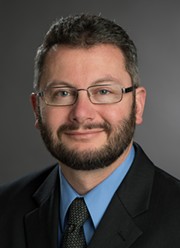 After serving 10 years as a county legislator, Josh Bauroth is up against term limits and is running for a seat on the city school board.

Bauroth has two children in Rochester public schools and is a founding member of the Montessori Academy School No. 53 Parent Teacher Association. One of his core issues is ensuring the district meets the needs of special education students. Last year, the district settled a federal lawsuit brought by Empire Justice Center over its special education services.

The district, city, and county should collaborate to help parents and caregivers access services that will help students be prepared to learn, Bauroth has said. He also wants the organizations to work together to lower energy costs for the cash-strapped district. 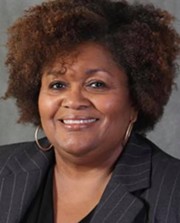 Currently the Board of Education’s vice president, Cynthia Elliott is the only incumbent in this year’s crowded field of candidates.

Elliott, the associate executive director of Baden Street Settlement, was first elected to the board in 2005. She developed a reputation for being blunt, if not combative, but those qualities have seemed to benefit her, as she’s been reelected ever since. Her approach has softened in recent years and she’s become a key voice on the board.

Over the years, Elliott’s focus has remained on certain key issues. She’s said consistently that she wants to make sure that the district has effective leadership, pushed for greater parent involvement, and called for better lunches for students.

Elliot holds a bachelor’s degree in business management from St. John Fisher College, a masters in public administration from SUNY Brockport, and a masters in human and organizational systems from Fielding Graduate University.

Associate Minister Clifford Florence of Central Church of Christ — the church founded by his father and civil rights leader Minister Franklin Florence — has been a fixture in the Rochester City School District for years. His four children graduated from the district, he’s a past president of the district’s parent council, and he’s frequently acted as an advocate for families and students. He’s the current president of the Faith Community Alliance and is a member of the Take it Down Planning Committee.

Florence’s platform, which he shares with his daughter and fellow school board candidate Clianda Florence-Yarde, centers on organizing parents, grandparents, students, families, and community members to help improve educational conditions for all district children. Too often, he has said, parents are not at the table when key decisions are being made around district policies, practices, and procedures, despite knowing what’s best for their children.

Frequently, Florence has spoken out about the need for the district to hire and retain more Black and brown teachers, an issue he’s emphasizing in his campaign. He wants the district to review hiring policies and argues that the state law which requires the district to make layoffs on a last hired, first fired basis, with little discretion, undermines efforts to recruit and retain teachers of color.

Florence has said the district needs to correct long-standing problems with its special education program, and that it also needs to address systemic, structural, and individual racism. He wants the district to implement an anti-racist curriculum for students and anti-racist professional development and learning for district staff.

Florence-Yarde is running on a shared platform with her father, Associate Minister Clifford Florence of Central Church of Christ, who is also seeking a seat on the school board. They both want the district to operate more transparently, to implement an anti-racist curriculum and to get more parents, students, grandparents, family members, and community members involved in decision-making. She also wants to see the district develop a more meaningful African-American Studies program for Pre-K through grade 12.

The district needs to hire and retain not just Black teachers, but Black social workers and psychologists as well, Florence-Yarde has said. She also wants the district to expand its vocational studies programs.

Florence-Yarde also believes it’s crucial for the school board to adopt the Racial Equity Action Plan developed for the district by its Racial Equity Advocacy Leadership team, which was formed in 2017 under then-Superintendent Barbara Deane-Williams. District officials haven’t taken the plan seriously or have tried to water it down, she said.

The chair of Klein Steel Service, a metals supplier and processing center, Joseph Klein has a longstanding interest in the Rochester City School District and education in the city. He served on former Mayor Bob Duffy’s literacy commission and on the boards of a pair of Rochester charter schools, and was a co-founder of E3 Rochester, an organization that helps parents learn about education options for their children, including charter schools.

Klein, who has a masters degree in education from Harvard, wants the district to establish more neighborhood schools; recruit teachers of color and raise starting salaries; develop training programs for principals; dismantle the district’s beleaguered special education program and rebuild it to serve students and families better; and to create a budget that is responsible and easy to understand.

One of James Patterson’s major concerns is that, as he sees it, too often the district’s decision-makers don’t listen to the teachers, principals, students, or people with expertise.

Patterson is a retired New York State Trooper who began his 27-year career in law enforcement as the first Black officer in Niagara County. After he retired he earned a criminal justice degree from Rochester Institute of Technology and a graduate degree in education from SUNY Buffalo State College. He has taught or provided academic support at several schools and currently instructs security guards and teachers’ assistants at SUNY Brockport’s Rochester Educational Opportunity Center.

Patterson’s priorities, as laid out in his platform, include district governance — he does not favor mayoral control — and finances; fixing “charter schools’ financial drain;” the incorporation of restorative practices into the district; parent engagement; and improved on-time graduation rates. He also believes that the district should implement the recommendations contained in former Distinguished Educator Jaime Acquino’s scathing report on the various problems plaguing the district.

Desjamebra “D.J.” Robinson is a licensed cosmetologist of 15 years who recently became a certified professional development coach. She has also worked for the Rochester City School District for 15 years, first as a school bus monitor then in office administration, adult education, and presently as a substitute teacher.

Robinson has a bachelor’s degree in organizational management from Roberts Wesleyan College, a master’s degree in theology from Northeastern Seminary, and a doctorate in leadership from Colgate Crozer Divinity School.

But before Robinson mentions any of that in her campaign bio, she makes a simple, relatable introduction: she’s a single parent who understands balancing work, home life, and academic study.

Robinson’s platform centers on three areas: behavioral health and education, culturally relevant curriculum, and introducing students to skilled trades as career options. She has said the district should be teaching students to express themselves in healthy ways, and teachers should be able to engage in discussions with students that are relevant to their everyday lives. 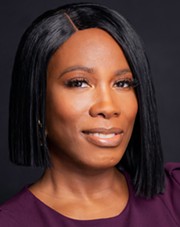 Camille Simmons began working with Rochester City School District students in 2009 as a youth advocate, a job where she provided support to students encountering barriers to success such as social or emotional strains, homelessness, or violence. She is now the continuous improvement manager for ROC the Future, an initiative focused on enhancing academic outcomes for city students.

That experience, as well as that of having a son who graduated from the district, informed her platform. She believes the district should assess policies, practices, and funding with an eye on racial equity; focus on improving school climate, high school graduation rates, and high-quality instruction; and pay more attention to the voices of students and parents. 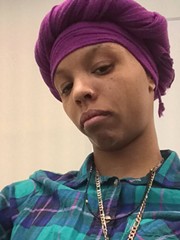 Tatiana Welch’s campaign revolves around a clearly stated philosophy: building up a community requires educating children and people to rise to the occasion.

A former teacher in the YMCA’s enrichment program, Welch now works from her home doing learning “pods,” in which she helps students with Zoom and their coursework on several teaching platforms.

Welch has promised to listen to residents’ voices and hold district leadership accountable; to tackle what she has said is the indiscriminate funnelling of students — especially boys — into the special education system with no thought of placing them in gifted or advanced classes; to push for enriching after-school programs that foster communication between students, parents, teachers, and staff; and to address racial inequity and disenfranchisement within the district.