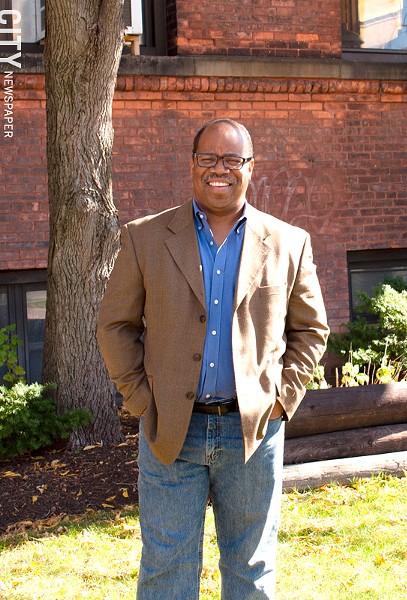 The Rochester school board is laying the groundwork for its superintendent search. Adding to the inherent difficulty of the task is the fact that confidence in the board is low and that the hiring process may be viewed as more of a test of the board's abilities than the skills of the candidates.

Some board members have gone through the superintendent search-and-selection process multiple times. But given the controversy over Superintendent Bolgen Vargas's departure, a single misstep in this go-around could hurt the process and the candidate, too.

Short term, board members have to decide whether to hire an outside firm to help with the search, says board President Van White. On the plus side, White says, the firms know the field of candidates and who's looking. But sometimes the firms advocate for a pet pool of candidates, he says.

The board should start interviewing in January, White says, with the goal of having a new superintendent ready to start by June 2016. That would give the individual time to become familiar with the district before school starts in the fall.

And then there's the number of available candidates, which is generally considered to be a fairly small pool. Superintendents are in high demand and candidates with experience in medium-to-large urban districts are especially scarce.

But those are just the basics. The bigger, long-term challenge is reaching a consensus about the type of candidate the board wants. And that individual will also need the support of a wide range of constituents — teachers and staff, students and parents, union leaders, and business and community leaders — who are often not at all unified about what they want from the district's leader.

The next superintendent will walk into a plethora of problems, including the threat of state receivership that looms over a large number of the district's low-performing schools.

Other challenges: improving school climate and implementing a new code of conduct policy; negotiating new contracts with the district's unions; overseeing the second phase of the $1.2-billion schools modernization project; and dealing with a declining student enrollment due mainly to the growth of charter schools.

And then there are the students. Many are engaged and shockingly resilient, but many others suffer from the constraints of poverty and require extra instruction and emotional support.

If history is any indication, this is not a job that gets easier or less complex with time. The district's successes are seemingly small and few, while the criticisms are loud and virtually chronic.

Still, President White promises consistency in the transitions from Vargas to Interim Superintendent Daniel Lowengard, and then from Lowengard to the permanent superintendent. And regardless of the "failure pimps" who really don't want the district to succeed, he says that the board is clear about its priorities and what it's looking for in the next superintendent.

"I would say that we are more educated consumers at this point," White says.

Some of the qualities that the board has sought in past searches are: someone local and familiar with the district; a person of color experienced with urban students; and a visionary. The time the board seems to put collaboration near the top of its list.

There's little interest, he says, in finding a charismatic maverick or upstart to come to the district's rescue.

"I'm not looking for any new visionaries," board member Willa Powell says. "We've done a good job at picking visionaries. We did a poor job of picking superintendents that can implement a plan."

Visionaries come with their own sets of goals, she says, which makes collaboration with the board difficult.

"The superintendent we're looking for will know that this is a strong-willed board, and they've accepted that the board already has a vision in place," Powell says. It will be the new superintendent's job to implement that vision, she says.

But that's almost the opposite of what Adam Urbanski, president of the Rochester Teachers Association, says is important. He says that the district needs a freethinker with courage.

"Without courage, leadership is impossible," he says. Leadership is different from mere management. Most superintendents try to do things right. We need a superintendent who will do the right thing. There's a difference."

Vargas, whose leaves the district at the end of the month, says that his advice for the next superintendent is threefold. The district is poor at paying attention to the basics, he says, such as attendance and reading by third grade. Careful monitoring of the district's resources and how funds are used is another area of concern, he says.

"We were paying for health care for people who are no longer here," Vargas says. "Twelve of them are in the local cemetery."

But his biggest concern is the district's culture and integrity, which he says is questionable at times. For instance, he's not convinced that the district could pay for health care for 800 people who shouldn't get it without others in the organization knowing.

He says that a superintendent can only be effective when the priorities of the board and the superintendent are in complete alignment. But even more difficult, he says, is shifting the district's resources around to address those priorities.

Usually that means moving money away from one area to fund something else, he says, which causes conflict between competing interests. It's that kind of decision-making that's frequently met with fierce resistance, Vargas says, even sabotage.

"Shifting money around is probably the biggest challenge any superintendent of an urban school faces," he says.