by James A. Brown, WXXI 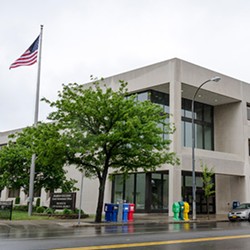 The Rochester City School District voted to adopt a $931 million budget Tuesday night. It was a 6-to-1 vote with Commissioner Judy Davis voting no.

The budget raises spending slightly compared to last year. The spending amounts to just under $26,714 per pupil. That’s above the state average, which is about $22,000. New York school districts in general spend much more per pupil than the national average.

Rochester Board of Education President Van White said that teacher buyouts and extra state funding allowed the district to spare proposed cuts to programs and staff. That includes retaining funding for restorative practices. Those practices handle conflicts between students through techniques such as conversation and discussion. White said those practices have led to decreases in suspension rates.

“This is an important community priority,” said White. “We’ve had some real success. Let’s continue to fund that at the numbers that got us decreasing numbers in out of school suspensions.”

Rochester Teachers Association President Adam Urbanski said that 178 teachers took the retirement incentive, which he said could save the district about $11 million per year. He said that fewer than 20 teacher layoffs are now projected, and he said he hopes some of those cuts will be avoided due to further turnover in the summer.

More than 100 other staff positions were cut in interim superintendent Dan Lowengard’s budget proposal. There's no word yet on those jobs.