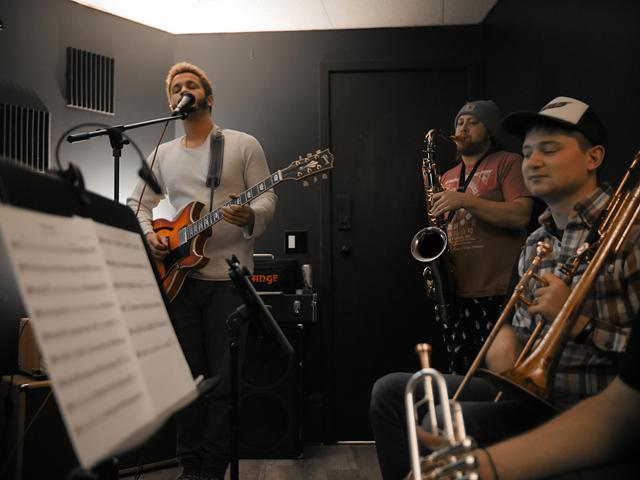 Upward Groove is the latest Rochester band to stir from its COVID-induced slumber. The horn-powered rock band plays its first show in more than two years this Friday, Jan. 7, at Flour City Station, along with supporting acts White Woods and Briana Horton.

The eight-piece band lives up to its name, specializing in clever hooks and a smooth, free-flowing rhythmic sensibility that float freely between rock, funk, soul, and third-wave ska. Led by charismatic frontman Eli Flynn — also a member of local roots-reggae favorites Giant Panda Guerilla Dub Squad and the indie-pop duo The Able Bodies — Upward Groove possesses technical polish and sonic swagger as it closes in on a decade of existence.


And while the songs have plenty of debonair flair and danceable-pop energy, their staying power stems from the musical poise of the players, including keyboardist Joe Stehle of The Sideways and bassist Ryan Longwell of the band Fran.

“It’ll be a collection of old songs from previous albums, with a couple fun surprises,” Flynn says of Upward Groove’s Flour City set. It remains to be seen whether or not this constitutes a total reboot with new songs on the horizon, but the live music scene in Rochester is undoubtedly better when this band is part of it.