Conversations with Beethoven, courtesy of a Rochester publishing company

For the 250th anniversary celebrations of the birth of composer and pianist Ludwig van Beethoven in Bonn, Germany in 1770, his music was going to be played around the world, somehow even more than it normally is in any given year. Symphony, string quartet, and piano sonata cycles would be played in concert and issued in box-set recordings. Discussions would be held. History would be considered and reconsidered. 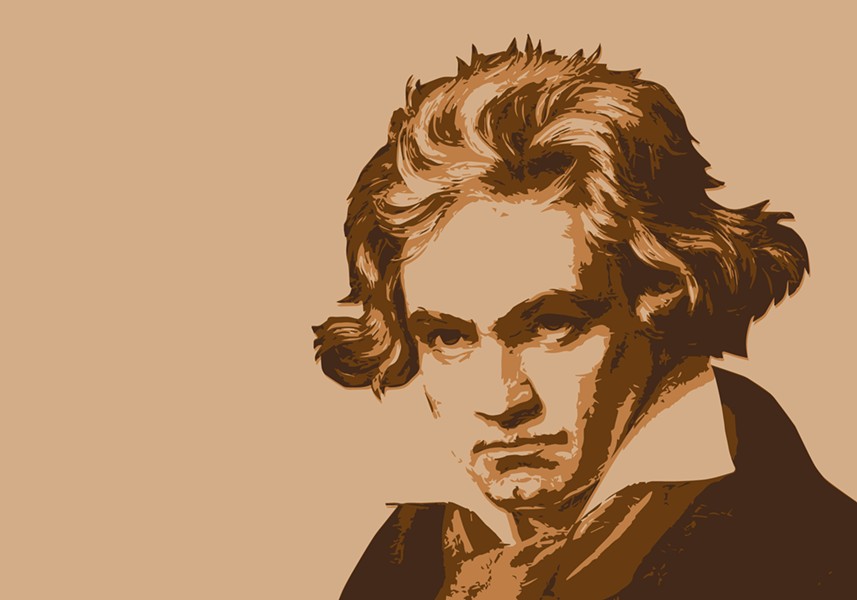 Most of those concerts have been canceled or postponed. Some of the recordings have still been released. But what currently fascinates me is an aspect of Beethoven’s story that feels particularly relevant during the pandemic and subsequent physical distancing: the ways he responded to struggles with isolation and communication.

As Beethoven progressively lost his hearing, he tried different ways to adapt —
some more successful than others. By 1818, Beethoven’s deafness had worsened to the extent that he began to carry blank notebooks with him, so that his friends could write their sides of conversations.

Musicologist, Beethoven specialist, and Kent State University professor Theodore Albrecht has taken on the monumental task of translating and annotating these “conversation books,” the third volume of which comes out this month via Rochester-based publisher Boydell & Brewer. Volumes 1 and 2 were published in 2018 and 2019, respectively. Albrecht says these books were Beethoven’s creative solution “so that his friends didn't have to shout in public. They could simply write down what they wanted to say.” 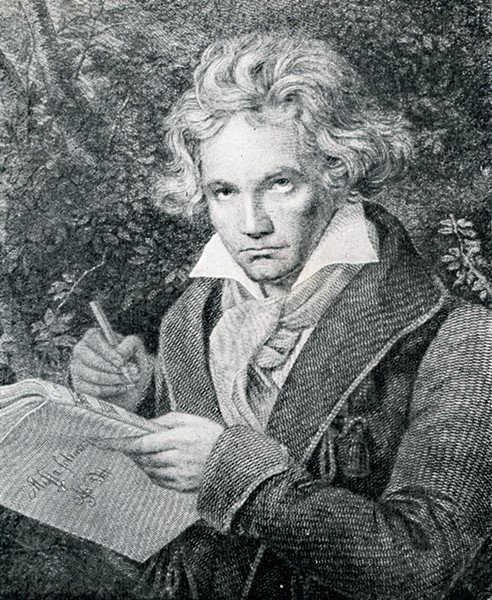 One hundred and thirty-nine of these notebooks survive. They contain lots of information, but the story they tell can be difficult to piece together. While Beethoven was talking to people, you get what Albrecht describes as “one side of a telephone conversation, for all practical purposes,” and not even always that. “Sometimes Beethoven would figure out what it was that they wanted to say even before they ended a sentence, and he might pick up and answer them, ” Albrecht says, before they finished writing out their part of the conversation.

Along with these conversations, you find shopping lists, budgets, notes for other errands, and perhaps most interestingly, preliminary sketches for pieces of music: “We can, for instance, follow much of the composition of the ‘Missa Solemnis’ simply by Beethoven's jottings; we can see where the first ideas might have come from,” Albrecht says. “All of this put together makes a big chaotic jumble of stuff that is so rich in detail that people will be looking at this stuff for decades to come and still find something brand new.”

It’s possible to trace the timeline of the composition of the Ninth Symphony from when Beethoven would stay indoors for days, forgoing his usual trips to coffee houses and other places around town, and when he arranged details for hiring a copyist. And while popular accounts often mention Beethoven unable to hear the premiere of this symphony, and that he had to be turned around to realize the audience was applauding at the end, Albrecht disputes this account.

Albrecht’s careful translation and extensive notes (as footnotes on each page, rather than endnotes that you would have to keep flipping back to find), help to make the conversation books very readable. In addition to their use for scholars, they are pretty engaging for a casual classical music fan or history buff. He compares it to a film script:

“You can follow Beethoven and a friend as they walk across Vienna,” Albrecht says. If you know Vienna, you can trace what street they're walking down, what they're going to see along the way, and what they're going for at the end. It's just absolutely incredible.”

The index at the back of each of the three volumes also turns out to be a good starting place for unusual ways into exploring Beethoven’s world, through listings both profound and mundane. You can find references for “Advice, concerning concerts” as well as “Advice, concerning health and diet.” There are individual entries on pickled lampreys (one of Albrecht’s favorites), fish soup, and beer. The index can also lead you to some of Beethoven’s juicy takes on the music scene around him. For example, a reference to composer Conradin Kreutzer can be found under the listing "Ass, conceited,” and the listing for “Shit” takes you to Beethoven’s response to a review of his work “Wellington’s Victory.”

As we get back to the music itself, Albrecht says that this year might give people a chance to reconsider previously discounted or overlooked works by Beethoven, including “Wellington’s Victory.” In the past, the orchestral work written near the end of the Napoleonic Wars has been viewed as an inferior part of the composer’s legacy. Albrecht sees it as an “absolute marvel of technical writing.”

Another off-the-beaten-path listening suggestion is an unpublished song written late in Beethoven’s life. Referenced in the conversation books, “Evening Song Under the Starry Heavens” had been thought by many scholars to have been directly inspired by Beethoven’s reading of the philosopher Immanuel Kant. In fact, Albrecht says, Beethoven had taken his cue from a practical article about astronomy, before recognizing the parallel philosophical significance and writing the song.

“It presents a very pantheistic view of nightfall, and it's one of the most profound things that we've got in the late Beethoven literature from the 1820s,” Albrecht says. “It's absolutely wonderful.”


These conversation books can take you to extremes: from the historic moment when the very young Franz Liszt played piano for Beethoven and received his blessing to complaints about what day sausages were not available for purchase. This jumble of Beethoven’s life, so singular and yet sometimes so ordinary, can be a mirror of our fragmented communications, while also providing a way to step away from them into another world.