It will now be known as the Climate Solutions Accelerator of the Genesee-Finger Lakes Region, or "The Accelerator" for short.

Executive Director Abby McHugh-Grifa said it better reflects who they are as an organization, what they do, and where they do it.

The group's work is not limited to the city of Rochester. It covers a nine-county region.

"Also the focus on solutions … that's something we've been doing from the very beginning," she explained. "(We) really want to emphasize that we're not looking to shame and blame. We need to focus on what the solutions are and how we can move forward."

The "accelerator" part of the name is meant to reflect the urgency of the climate crisis.

The original name, "People's Climate Coalition," was a barrier in some instances to even starting conversations, according to McHugh-Grifa. 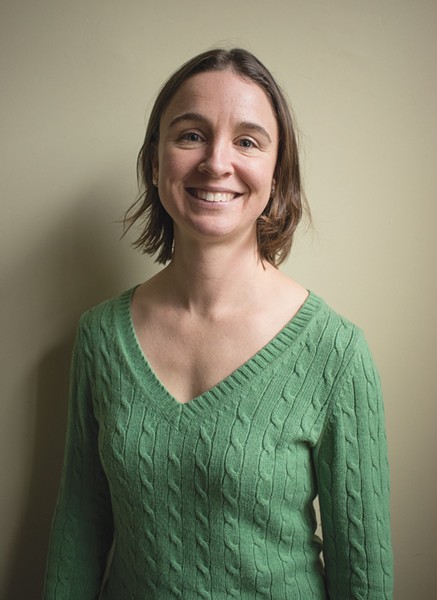 She said the term "people's" strikes some as leftist, but the organization is explicitly nonpartisan.

The climate crisis itself is a partisan issue in the United States, but McHugh-Grifa said she has seen the partisan divide somewhat diminish locally in the last several years.

She cited as an example the communities across Monroe County that have either already adopted or are in the process of implementing community choice aggregation programs to harness their collective purchasing power to buy renewable forms of energy at affordable rates.

The Accelerator has tweaked its mission statement because it has expanded on its original goal of getting communities and groups to work together.

"It allows us to continue the work we've been doing, facilitating collaborations between organizations," McHugh-Grifa said, "but also working with individuals in the community on a broader scale."

She is optimistic about what is possible.

Climate change will be hard everywhere, she said, but the Rochester-Finger Lakes region has distinct advantages, including fresh water and prime agricultural land.

"There's so much that implementing climate solutions can do to advance other goals in our community, and that's the work that we're really focused on," said McHugh-Grifa.

McHugh-Grifa said back then, the group was a "ragtag bunch of volunteers." Today, there are five paid staff members.

"We've matured a lot as an organization and learned what some of the dynamics are in the community that are going to allow us to be successful," she said.

Six years ago, climate change was a topic only environmentalists were thinking about, McHugh-Grifa said.

Today, she said, it's being discussed as an intersectional issue, in which climate solutions can also reduce poverty, health disparities, and racial inequality.