Rochester parents: we'd be more engaged, if we could

December 14, 2018
At a forum on the problems of the Rochester school district last night, parents discussed a wide range of issues, from the need to understand parents' own challenges to the importance of the city-operated recreation centers. 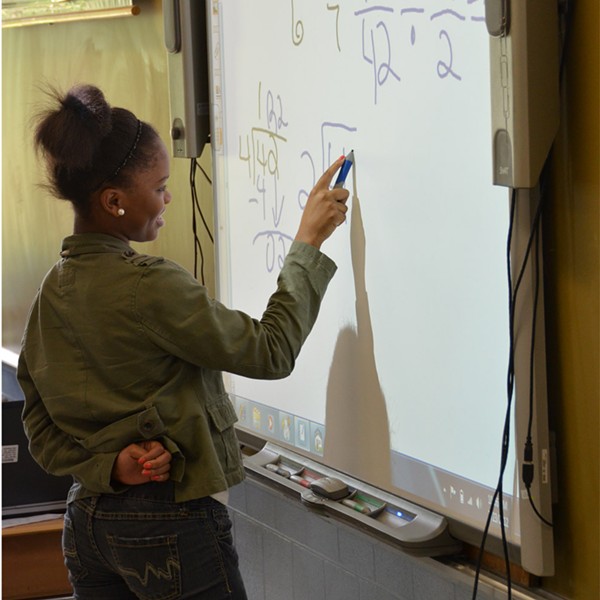 The event was the first of three forums that Mayor Lovely Warren is holding in the wake of Distinguished Educator Jaime Aquino's stinging report assessment of the district. A second forum for parents will be held at 6 p.m. on Monday, December 17, and a forum for the broader community will be at 3 p.m. that same day. Both will be at City Hall.


Last night's event was conducted as a work session, with people divided into small groups, each assigned a topic to discuss. One group, for example, talked about "Challenges to Parent Engagement,"  a problem that has dogged the district for years. Many city school teachers and administrators have complained that they have trouble getting parents to attend meetings and school activities.

Teachers and administrators seem to agree that increased parent involvement would improve student achievement. And there's growing  interest in "community schools," a collaborative approach to education that involves teachers, parents, and the community.

When parents don't attend school events, teachers and others sometimes assume that they're not interested in their children's education, but that's not the case, parents at last night's forum said.

Some parents have said that they don't feel welcome at their children's school, but the challenges go well beyond that, parents at the forum said.  Many low-income parents have two or more jobs. Some are single mothers with other children at home. Many parents are new to the district, and some are newcomers to the country. English may not be their first language, and they may be unfamiliar with the city.

Many city children don't live with their biological parents. Their daily care may be in the hands of a grandmother, an aunt, or even a neighbor, and those people may not be able to attend meetings. Sometimes school officials don't have a student's current contact information.

Among the biggest problem for many city parents: transportation. Low-income families may not have a car and have to depend on buses or bikes to get around. It may be hard for them to get to a school early in the morning or later in the evening.

If the parents have several children, each attending a different school, transportation is even more complicated – even for parents who do have a car.

The district's communication with parents is a big problem, the parents said. Meetings are not posted in a timely manner, they said. And sometimes parents have tried to attend a meeting at a school but found that the building staff hadn't been told of the meeting, and the doors were closed.

The parents at Thursday's forum said teachers and administrators have to try to "meet parents where they are in their life." That may require going to the child's home more frequently or holding meetings in city recreation centers and libraries — locations that are more centralized.

Never assume that parents don't care or don't want to come to a meeting or activity, the group of parents said.  "That's seldom the case," one parent said.

In addition to the two additional forums, Warren will hold a town hall-style telephone session at 6:30 p.m. Tuesday, December 18. If you want to participate in that session, register at 428-6271, or email Alex.Yudelson@cityofrochester.gov.

The findings from all of the events will be compiled and shared with the public, Warren said.