The gift of music 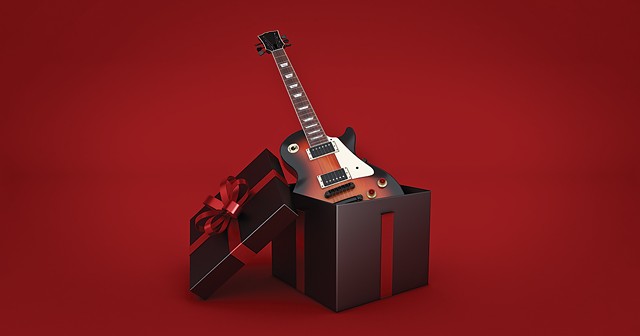 The same goes for musicians and their first instrument. For them, that thrift store guitar or off-the-rack drum kit or second-hand saxophone was a skeleton key to a new world and the salvation that lay within.

Some youngster somewhere this month will receive what might be their skeleton key wrapped in a bow on Christmas morning, or on one of Hanukkah’s eight nights, or for Kwanzaa. Typically bankrolled by well-meaning parents or a bachelor uncle who thought giving the drums he won in a poker game to his tween nephew would be the perfect way to get back at his brother who has it all, the instruments will either be played until threadbare or sit in a corner gathering dust.

A few of those youngsters may grow to take over their parents’ basement or garage and become the next big thing on the Rochester music scene and beyond.

We chatted with Rochester musicians about their first instruments. Some spoke of them with the sentimentality reserved for a long-lost lover, recalling the ones that got away, the ones they abandoned for a shinier and newer version, and the ones with which they’ll never part.

"It was Christmas 1982. I was 15 years old. A day I will never forget. I had already been playing sax a little more than five years. The school year prior, I impressed my classmates and parents by playing a solo, "Rise" by Herb Alpert, for the school talent show. At that moment, my parents realized my commitment to my music. That Christmas morning, I got a brand new Professional Yamaha 62 Alto Sax. The rest is history."

Highsmith is a critically acclaimed, award-winning saxophonist who has shared the stage with some of the biggest names in music, including Najee, Alicia Keys, and Wynton Marsalis. He has recorded 10 top-selling smooth jazz albums, among them “The Anthology of Sound,” which was nominated for a Grammy. 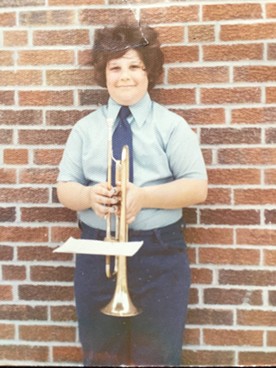 "I had already known at a very young age that music was everything that I loved. And I really loved the trumpet. I loved the sound of it, the look of it, everything.

And then, when I tried out for the jazz band at North Street Middle School in Geneva, where I grew up, one of the teachers said that my embouchure (the tightness of the mouth on the mouthpiece) wasn't right for it. But I decided to do it anyway. It was a great decision. I loved it. Years later, I ended up winning a couple of contests in high school jazz festivals and played every day. It was like an extension of me for a long time.

Luckily I had parents who encouraged me and backed me to stick with music. They bought me a really nice trumpet, even though it was a little expensive and out of our price range, and I played that daily."

When Bob Greco isn’t fronting the endless party that is Nik and the Nice Guys, or blowing hellfire from his horn in The Bob Greco Band, he lines up the zingers and one-liners as a comedian. The 56-year old trumpeter was 8 when his folks broke down and got him his first trumpet.

"When I got my first instrument at 15, it put me that much closer to the heroes I was worshipping at the time. I guess it would have been Dave Davies of The Kinks or Roddy Radiation of The Specials or something. I'm wearing a Specials shirt in the photo.

It also made me feel like I could write songs. I put two chords together on that guitar through my amp and suddenly I thought I had written a song. I also automatically started searching around to put a band together. I was a super shy kid, but the guitar gave me the confidence to reach out to people. The amp in the photo is still the same amp I use today."

Townson is a founding member of The Essentials and The Hi-Risers. The 56-year-old musician currently circles the globe, playing guitar for instrumental sensations, Los Straitjackets. He just wrapped up a tour backing up Rockpile’s Nick Lowe.

"I had an interest in guitar since the age of six, and I had learned to play guitar at 10 on other people’s guitars or cheap toys because we didn’t have much money. So when I opened my Christmas present from the cardboard box and saw that green Kimberly with the whammy bar, I was ecstatic. I believe my mom bought it from the House of Guitars when I was 12 in 1979. With the flat-handled bar, I used to be able to position it over all the strings and smack it over them, sounding like a machine gun. It had switches that controlled the pickups but also shut them off, so I could do manual tremolo effects. I still have it, but it’s so banged up by many years of abuse — but pure joy."

Rick Whitney currently plays with The Buddhahood, where he holds the bottom end together as the band’s bassist.

"My first drum kit was a 1960s Stewart in blue sparkle wrap. It originally belonged to my Uncle Pat, and any time we visited him in Pittsburgh, I would beg to play. Then I would pound on them until I was begged to stop.

Uncle Pat had a serious diving accident, leaving him paralyzed, and he graciously gifted the drum set to me when I was around 9 years old. That kit endured terrible renditions of Peter Criss, Phil Rudd, Ginger Baker, John Bonham, Neil Peart, Stewart Copeland, and more.

At 16, I replaced them with a set of Yamaha Recording Customs that stayed with me through all of my Dog's Life years and the first wave of Five Head. I gave the Yamahas to my friend when his band started to play out and record. I'm glad the Yamahas are still with him — but I'm more nostalgic over the Stewarts. They were terrible drums, but amazing teachers. Wish I still had them."

Snyder, 53, has been a fixture on the city’s music scene, playing drums in Dog’s Life and for the Ska pop punkers, Five Head, and strumming the guitar in The Quitters.