The University of Rochester, which runs Kodak Hall at Eastman Theatre, is one of many schools and organizations throughout the country that are either canceling or postponing events.

"They came out on Monday and said any athletic event, any music event, any event happening on a UR facility that would draw a large crowd through April 15 either needs to be canceled or postponed," said Hall of Fame President Jack Whittier.

That didn't directly apply to the Hall of Fame, whose April 26 concert fell outside of that date. "We're outside the range, but you don't know if they're going to extend it," Whittier said. "And the reality is, who's going to buy tickets to this thing in the next month?" 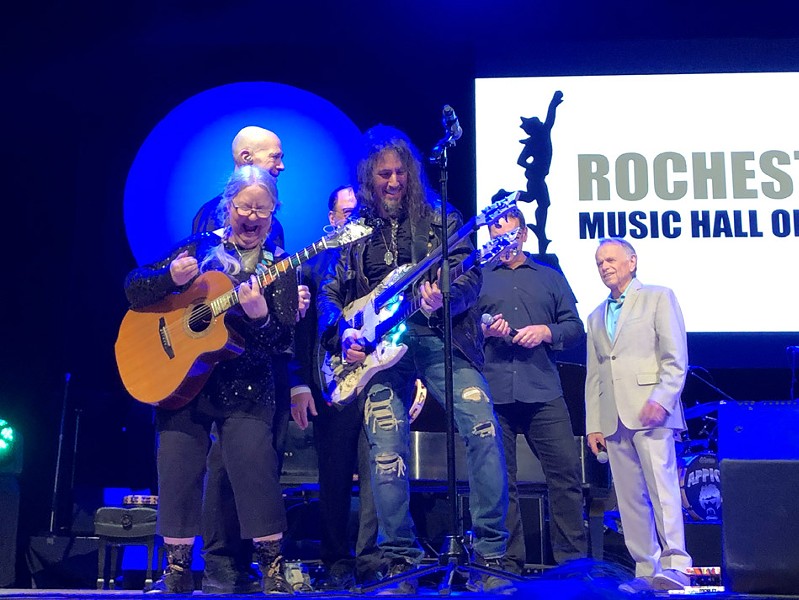 Another reality: "Our demographic is the population that is most vulnerable to this thing," Whittier said of the older audience that generally attends the show. The previous eight concerts have drawn large audiences.

The Hall is calling this a postponement, and is looking at rescheduling it for September, or perhaps October.

"We just made the decision to postpone instead of twisting in the wind with this thing," Whittier said.

Earlier this week, the Rochester Philharmonic Orchestra announced its next two concerts were being canceled.

Whittier was particularly appreciative of Guzauski's reaction to the postponement: "When Mick got the word, he said, 'You know, I was really enjoying this, now I get to enjoy this a little longer.' "

The Hall is preparing two options for people who had tickets to the show. One is a 100 percent refund policy, including fees. The second is ticketholders can keep their seats until a new show date is announced.

For more on the Hall of Fame, go to rochestermusic.org.

Jeff Spevak is WXXI's arts and life editor and reporter. WXXI is a media partner of CITY. He can be reached at jspevak@wxxi.org.