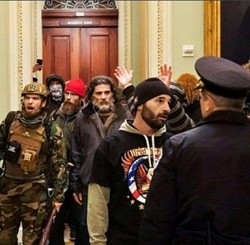 A Rochester man has been charged in connection with the rioting at the U.S. Capitol last week.

Federal authorities revealed on Friday that they’ve arrested 43-year-old Dominic Pezzola on charges that include obstruction of a criminal proceeding, destruction of government property, and being in a restricted area illegally.

The FBI said in a criminal complaint that it got a lead that included publicly available photos and videos of someone breaking a window at the U.S. Capitol Building on January 6, and a statement by someone who was at the riot that Pezzola, also known as “Spaz,” bragged about breaking the windows to the Capitol with a Capitol Police shield.

The FBI also said that it found a video posted to social media which shows a person who appears to be Pezzola, smoking a cigar inside the Capitol, and in the video, the individual states words to the effect of, “Victory smoke in the Capitol, boys. This is f——— awesome. I knew we could take this (expletive) over (if we) just tried hard enough.” 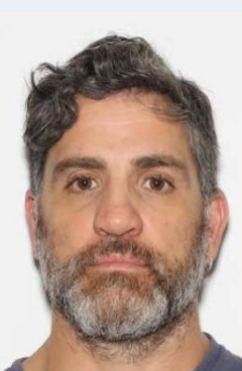 Pezzola is a 1995 graduate of Aquinas Institute. A statement from Aquinas, quoted in the Democrat & Chronicle, said that it was “genuinely saddened” that Pezzola apparently had strayed from Christian values taught at the school, and said that “Aquinas does not condone actions that lead to violence and destruction, and we pray for all parties involved.”

The U.S. Attorney’s Office wants to keep Pezzola behind bars at this point saying that he is a flight risk and a danger to the community.

The hearing before Federal Magistrate Marian Payson was held via video on Friday. Through his attorney, Pezzola requested the proceedings be transferred to federal court in Washington, D.C.