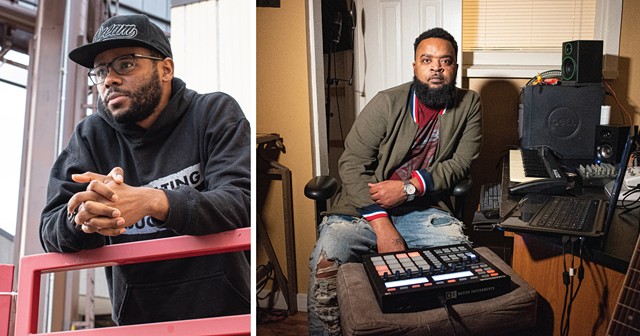 In his new politically-charged song, Rochester rapper BrandonEv White challenges the listener with a simple question: “How U MAGA???” The message — meant to challenge complicity with racism and white supremacy — is delivered via a musical Trojan horse of smooth jazz saxophone set over a loping hip-hop beat. It is as if White is trying to make a bitter pill easier to swallow for a white easy-listening audience.

While “How U MAGA???” is quick to point out the bigotry of former President Donald Trump, White also picks generational failures in the American economic, political, and media landscapes that have perpetuated the marginalization of Black people.


From the beginning, hip-hop has highlighted the plight of Black America. And the last 14 months of racial injustice have felt like an inflection point that demands a response. White is one of several Rochester hip-hop artists for whom the deaths of Ahmaud Arbery, George Floyd, Breonna Taylor, Daniel Prude, and others — as well as the far-right riots and attempted pro-Trump coup at the U.S. Capitol in January — have been indelibly etched into their music. 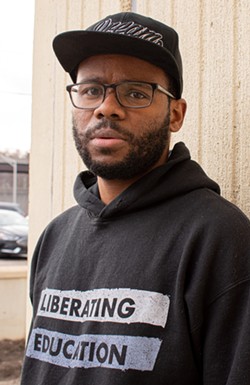 What’s CNN gonna do when this clown is gone?
Will they dial down the heat, or keep the fire on?

White, who uses the stage name Bushido Garvey, says that many Americans are not angry that Trump helped spread white supremacy and racism as president, but that he did so without dog whistles and appealed to a wide swath of the country.

Do we MAGA through KKK or 401ks
Through the quiet, or the riot, or wide gray?

“In the song, I say, ‘Which wing of the vulture? Which fang of the snake? Anti-venom should be the culture.’ Right?” White says. “They’re competing wings, but both of these wings kind of allow for this awful bird to fly.”

Local producer Demetriuse Smith, aka Cello Brown, brought together several of his favorite Rochester rappers for the project, including White, Azariah (from Young, Black, and Gifted), Skribe da God, Capital Cee, and Hafiz.

“When I approached everyone with the idea, I said, ‘Listen, just give me your rawest thoughts.’ You notice in the lyrics that no one really held back on anything,” Smith says with a chuckle.

Fuck America, coward/ Please put my neck in a noose/
I’d rather die right here than to work for you.

Smith acknowledges that the lyrics of “Negus Don’t Bow” are incendiary, but hopes that it will provoke people to listen and confront racism head-on. Negus (pronounced nee-guhs) is synonymous with “king” and is a title historically used for monarchs in the countries of Eritrea and Ethiopia. 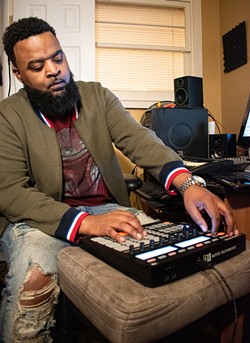 “Anyway that this album can open up your eyes, to listen to what’s going on, to the message — that one verse, that one bar, could have you listening to the entire album, just off anger,” he says. “I want the attention. I want people to realize that there’s a fire that’s really starting in this country, that needs to be extinguished right now.”

The track “The Negus in You” — sung quietly but with the conviction of an Old Testament prophet by SunDula Amen — is about empowerment and recovering from the disenfrachisement of Black people that began with slavery and continues today.

With a single, repetitive melody, SunDula Amen sings, “It’s the power of the sun inside your skin that makes it glow. It’s the truth behind the history they hate to mention. It’s the fact you’re learning everything that you weren’t supposed to know. It’s the rightful place that you’ve decided you’re reclaiming.”


The album title, “Negus Don’t Bow,” is not only a reference to this legacy of African royalty, but also an aspirational metaphor for the current Black experience, Smith says.

Though the Rochester-born hip-hop band Suburban Plaza is now based in Los Angeles, its members responded in solidarity with the local Black Lives Matter protests of the deaths of George Floyd and Daniel Prude by cutting an EP, “TULSA.”


“There’s nothing more helpless than seeing people that you know and love in your hometown directly being affected by something like that,” says Suburban Plaza singer and guitarist Yone Norwood.

“We didn’t really care about promoting it or anything like that,” Norwood says. “We just wanted to give something to Rochester, just to communicate with our city. Whoever else received, that’s amazing, but this was just an open letter from us to our city.”

The primary message behind “TULSA” is that the dehumanization of Black people doesn’t just reside in the distant past of American history, but is an active part of its present. For Suburban Plaza, the death of Prude at the hands of Rochester police officers was the breaking point that gave rise to the EP.

Suburban Plaza keyboardist and producer Jerry Norwood, aka Jerry Rescue, who is a cousin to Yone Norwood, says Prude’s death was reminiscent of the infamous murders of civil rights leaders in 1964.

“It brought back the instances of Chaney and Goodman and [Schwerner] down in Mississippi,” Rescue says. “In 2020 or 2021, we still can’t get a federal lynching bill passed, things like that — that was a lynching that was on camera.”


On the band’s single, “Philando/NAT,” the hard-hitting reality of the song is in keeping with the spirit of “TULSA.” Yone sings mournfully, and with a subversive twinge of autotune:

Why you don't care when you steal a Black life?
Always remember, you're still a n***** at the end of it all

The song was inspired in part by what Yone calls “a sad, but frequent conversation” all too common among Black families.

“My mother told me before she passed — she used to always tell me — ‘Be great, do great,’” he recalls. “‘You’re an amazing person, but always be cautious, because at the end of the day in this America, you’re still a Black man. No matter what, no matter how high you get, they’ll always look at you that way.’”