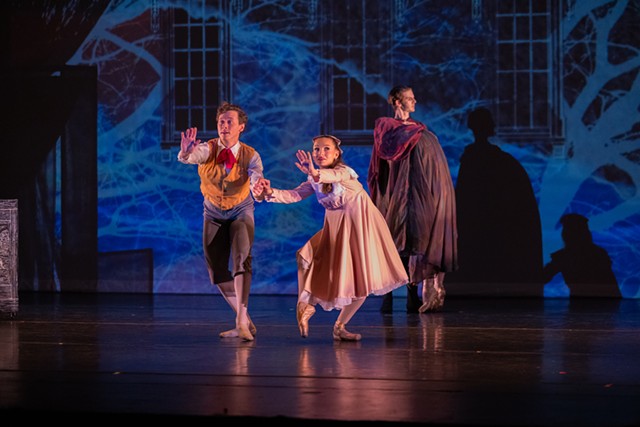 In “Turn of the Screw and Other Terrifying Tales,” Rochester City Ballet dancers promised a goosebump-inducing performance to keep audiences on the edge of their seats. Presenting their take on Salvatore Aiello’s dizzying choreography, RCB put on a quality show. But  for only a 40-minute performance, the $20 ticket price is questionable.

The show takes its name from the gothic horror novella by Henry James. Having been adapted for the screen almost too many times (most recently in Netflix’s “The Haunting of Bly Manor”), the story is actually quite refreshing to see on stage.

Ahead of the show, Artistic Director Robert Gardener announced that “Turn of the Screw” is just a taste of what Rochester City Ballet has in store for the rest of the spooky season. And a taste is exactly what was given. 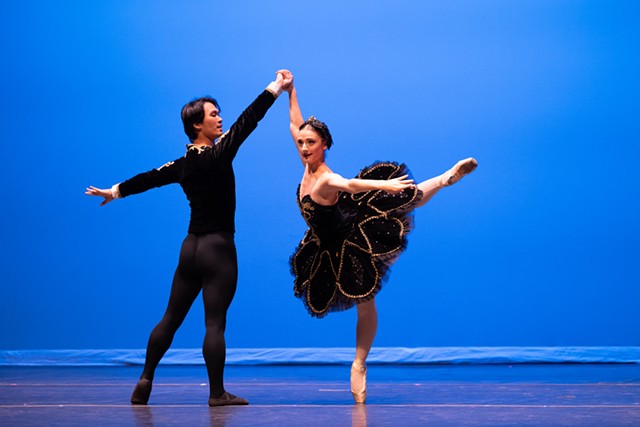 Dressed in regal black and gold attire, dancers Florrie Geller and Ryo Munakata opened the show with an excerpt from Tchaikovsky’s “Swan Lake”. As they twirled about the stage with slightly wobbly and overextended legs, they depicted the imposter Black Swan attempting to seduce the prince. Together they lacked chemistry, but on their own, their hypnotic talent shined through. Watching them pirouette at least 12 times in a row after an intensive routine made it clear that nothing can knock them off balance.

Following the appetizer came the main course, “Turn of the Screw.” When a new governess, played by Megan Kamler, arrives to care for two orphans (John Demong and Samantha Howe), trouble descends quickly. The governess realizes the spirits of the estate’s former workers (Alexander Griffith and Katherine Duffy) have an eerie possession over the children.

Demong and Howe certainly bring out the youthfulness and innocence of their characters, which makes the audience fear for them. Howe especially showed her range by abruptly switching from a sweet, young girl into a demonic host body for Duffy’s possession.

Despite the scary themes, there are no real frights that might scare off younger audience members. Much of the show’s thrill comes from Benjamin Britten’s music, projected from the theater’s adequate speakers. Low strings bellowed what sounded like a blend of the “Jaws” theme and Beethoven’s Fifth Symphony, warning of imminent danger.

It would be unwise to come in expecting a full-fledged ballet performance, but sometimes eight people, a chair, and a dresser are all that’s needed to tell a decent story. Rochester City Ballet will do it all again Saturday at 4:30 pm and Sunday at 3:30 pm at School of the arts’ Allen Main Stage Theatre.