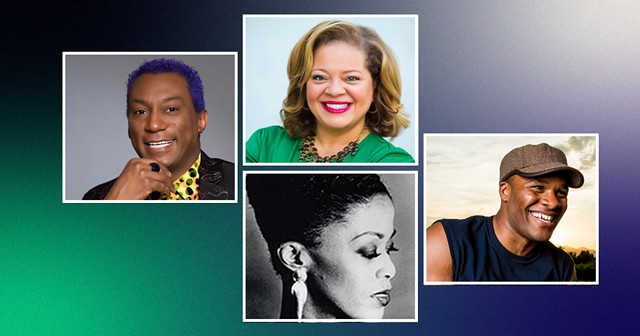 One year ago, the giant, fantastical undersea visions of Plasticiens Volants’ French inflatables bobbed and weaved in the crisp fall air over the heads of thousands of people on Rochester’s Parcel 5. The karaoke singalong of Queen’s “Bohemian Rhapsody” led by London’s Massaoke echoed off the sides of downtown buildings.

Down the street, in the glittering Spiegeltent, a Japanese magician named TanBA appeared to be swallowing, and then regurgitating, razor blades. Across the street, at Kodak Hall at Eastman Theatre, Mike Birbiglia was the big-name comedian headlining this sprawling event. People wandered Gibbs Street in search of musicians, dancers, drag queens, puppets, deaf performers, Josephine Baker impersonators, and unexpected interpretations of Shakespeare.

Yet Tuesday, when the ninth annual KeyBank Rochester Fringe Festival opens, and over the next 12 days, there will be nary a Big Gay Italian Wedding to be seen in downtown Rochester and the surrounding venues. The coronavirus pandemic has chased the rapidly growing festival from the streets, and into your laptop computer. Across the country — and even in Edinburgh, where the concept of Fringe Festival was born in 1947 — these most daring of public events have gone virtual this year.

Add to that a summer of the nation grappling with race, and Black Lives Matter marches following the death of George Floyd.

“I have also thought that it’s interesting how this has all come about at the same exact time, which is the same time which the festival would normally be occurring downtown,” says Rochester Fringe Festival Producer Erica Fee.

In particular, she’s referring to the past two weeks, in which Rochester has found itself front-and-center in that national conversation on race, after the release of video of police officers restraining a naked and unarmed Daniel Prude, and the subsequent clashes between protesters and police.

Yet throughout this summer of COVID-19, Black Lives Matter, and Prude's death, there was never a thought to not present the event, Fee says.

“Actually, we never had that conversation about whether we should not go ahead,” she says. “We were just really focused on what could we do, what could we do that’s safe; we felt that safety needed to be our No. 1 priority above everything else, and we just wanted to find a way to make it work. At no point did we even have a discussion, even one single discussion, about canceling entirely.”

The Rochester Fringe has been a parade of the arts that changes the nature of downtown. It is 12 days in which the city is used to its fullest extent, for the benefit of its citizens. It is a culture-driven celebration that blends unique performance spaces with the comforting, puttering generators of food trucks.

And the positive economics of the event can’t be argued with when 100,000 visitors to last year’s festival were potentially exposed to the sight of what is now a Rochester Fringe tradition: Matt Morgan of Cirque du Fringe, the collection of vaudeville curiosities that calls the Speigeltent home, dropping his pants and showing off his tighty whities. According to the Bureau of Economic Analysis and the National Endowment for the Arts, arts and culture contributed over $763.6 billion to the American economy during 2015, the latest year that those numbers are available. That’s a larger number than we see from agriculture or transportation. Nearly 5 million Americans are employed in the arts.

Fee agrees that there is a heavy social justice component to this year’s shows.

“Of course, many of them are also addressing the reality of being a performer during COVID-19, and this whole feeling of 2020 being really a year unlike any other,” she says.

A new component of this year’s festival is FringeTalk, four free, socially minded conversations with an audience Q&A component. It debuts 8 p.m. on September 16 with an episode called “Black Lives Matter & the Performing Arts.” Other FringeTalks will address issues such as “…Too soon? Comedy in 2020,” “Using Storytelling to Communicate Science” and “Predicting the Future? Performing Arts in 2021.” 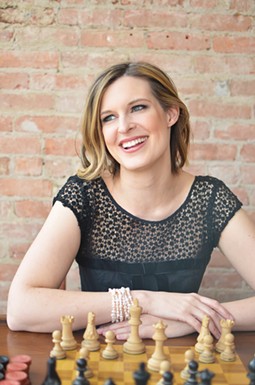 “One thing that a lot of people don’t realize is that the arts, particularly the performing arts, allow for community conversations, and they allow for conversations and dialogue and exchange in a way that can change people’s minds,” Fee says. “It can make them see through someone else’s eyes, and it can open them up to a world that perhaps they themselves have not experienced before, but in a safe way, and a way that can be very affecting and can change them really for the rest of their lives.

This year, that platform will include escapism such as a James Bond parody, “From Russia Without Love,” the incest behind the autobiographical “I Could Not Speak It” and Rochester’s PUSH Physical Theatre’s examination of a Black man feeling the suspicious eyes of white society on him as he walks down the street.

That platform will also explore Indian raag music, Native American music, divorce, pregnancy, an abridged version of Rochester Fringe as seen through the eyes of “Unleashed! Improv Presents: Other People’s Shows,” and “Whiskey Flicks Live,” two guys drinking themselves into a stupor as they comment on film clips.

This year, some of these more than 170 shows are free, some are ticketed. Some have scheduled performance times, and others are on demand, to be viewed at the audience’s convenience.

All of this as the producers of fringe festivals around the world wrestle with how to bring a mix of live and recorded arts to your living room. 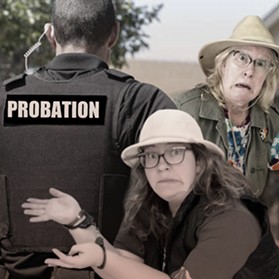 Figuring out how to break the wall that virtual performance places between performer and audience is the challenge. Perhaps “Bushwhacked: House Arrest” has the answer, an interactive performance through Zoom video call by the Rochester Fringe comedy duo Bushwhacked, Abby DeVuyst and Kerry Young.

Oops, you’re too late: all seven “Bushwhacked: House Arrest” shows are sold out.

“I think that virtual will always, will probably, be a component of a lot of festivals moving forward, and I don’t think that’s necessarily a bad thing,” Fee says. “Because the beauty of a virtual festival and virtual performances is suddenly you are able to reach a much wider audience. And you’re able to reach people who, for a variety of reasons, couldn’t attend your show in person.”

“This is a time — and it’s always a time — to engage in conversation, but especially now with everything that’s going on in Rochester,” she says. “We do think it’s important for artists to weigh in.”

For tickets and information and tickets for the virtual Rochester Fringe, go to rochesterfringe.com, or download the free 2020 Fringe App through Google Play and the App Store.