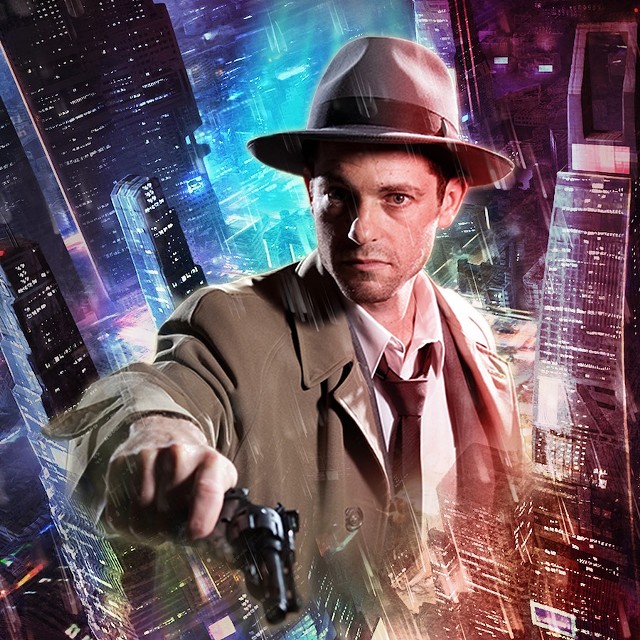 My usual brand of magic is something in the vein of Penn & Teller – one part magic, one part storytelling, one part comedy. And if that’s true for you too, “Dirk Darrow: Magic of Future Past” should be right up your alley.

It was a small, mostly timid crowd for Thursday night’s performance at Geva Theatre, but Tim Motley, playing the title character of Dirk Darrow, wasted no time in trying to break the ice. His style of comedy is a bit of a grab bag — some groan-worthy dad jokes, some plays-on-words, and a handful of dirty puns for good measure. It’s nothing Earth-shattering, but certainly enough to keep most people chuckling along for the ride. When things don’t go according to plan — or at least how he expected them to – he rolls with it. Like when his prop gun didn’t go off the first, second, third, fourth or even fifth time he tried to fire it (“This show brought to you by Dollar Tree!”).

Motley’s tricks are not flashy, but rather subtle, many of them involving sleight of hand and mind-reading of various audience members. His use of a “lie detector” with a particularly reluctant participant worked to great comedic effect. His most daring trick involved staple guns and a game of Russian Roulette, which definitely made me nervous as he had an audience member pull the trigger on the various tools one by one — knowing only one was actually loaded with staples — yikes. Either by luck, or perhaps he’s just that good, he did not require a trip to the hospital.

The series of tricks is loosely tied together with interludes about time travel, a bit of a murder mystery, and some silly celebrity impressions (from Matthew McConaughey to “Bill and Ted’s Excellent Adventure"). Motley’s asides are rapid-fire — so fast he occasionally trips over his own words. Between the speedy delivery, old-timey references, and 1930s "mugsy" accent, the plot sometimes gets muddled along the way. But by show’s end, he manages to tie together the story and his magic with one final trick involving – dun dun dun – math! And yet somehow it all works out.

Kathy Laluk is a CITY contributing writer. Feedback on this article can be directed to CITY's arts editor, Daniel J. Kushner, at dkushner@rochester-citynews.com.