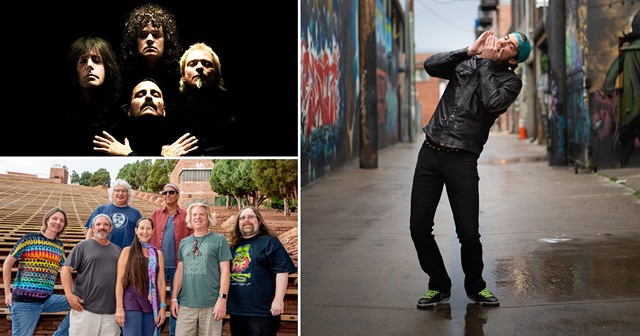 Although the annual “Party in the Park” summer concert series was cancelled due to pandemic-related precautions, the production company behind it is offering an alternative to music lovers starved for the live concert experience.

Rochester Events, facilitated by The Springut Group, is presenting  a trio of physically-distanced concerts as part of the “Drive-In Live at Roseland” series, beginning on August 22 at 7:45 p.m. at Roseland Water Park in Canandaigua.

The Springut Group announced Tuesday that the three concerts featuring artists with popular appeal have been scheduled, with more events in the series to come. These concerts follow similar drive-in events successfully held at Roseland earlier in the summer.

Rochester Events envisions attendees taking in the music through a full PA system, an FM radio signal, and two large HD video screens from the comfort of their automobiles.

Almost Queen, a New York City-based tribute band faithful to the musical legacy of Freddie Mercury and Queen, will take the stage for the inaugural concert on August 22.

From there, the homage to rock ‘n’ roll turns toward the legendary and prototypical jam band Grateful Dead, when Dark Star Orchestra performs on September 4, at 6 p.m.

On September 5, at 7:15 p.m., the genre chameleon known as G. Love brings his party-friendly blend of funk, hip-hop, rock, and blues, which he’s honed with his band Special Sauce for a quarter-century.

Ticket prices range from $99 to $250 per vehicle, with a maximum of four concertgoers. Food will be available for purchase from on-site vendors through rochesterevents.com, although food and drink may also be brought in. Public restrooms will be available. Audience members will be required to wear masks outside of their vehicles.

"Ensuring the well-being of all guests and team members is our top priority with social distancing protocols strictly enforced," The Springut Group's President and CEO Jeff Springut said in a written statement. "Attendees who do not comply with the rules and regulations will be immediately asked to leave without a refund."

Tickets go on sale at 10 a.m. on Thursday, August 6, at rochesterevents.com.

This article was updated on 8/5/20 to reflect that Rochester Events' newly announced "Drive-In Live at Roseland"concerts are a continuation of the existing series of drive-in events at the Roseland Water Park.