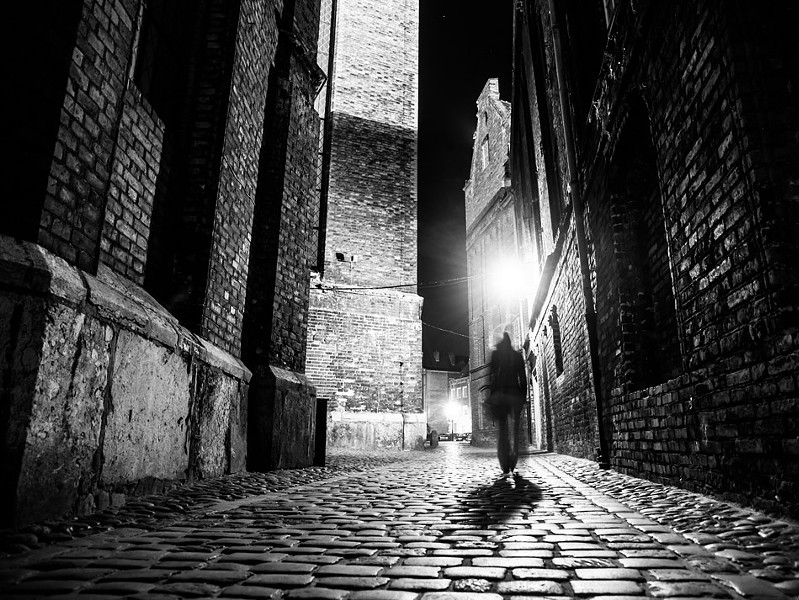 All right, all you joy boys and glamour gals, let me pull on your coat for a spell and get you wise to your beloved Flower City. Now, we're all proud of our dirty, little city along the mighty Genesee because of its people and its contributions to industry and the arts, but it hasn't always been sunshine and lilacs. There's a dark side to Rochester's past. Rochester has been host to killers of renown, the biggest armored car heist in history, and neighborhoods that were once lousy with brothels.

Just out of sheer notoriety, we have to discuss Francis Tumblety, an Irish-born snake oil salesman, hustler, and pickpocket, who grew up in Rochester. Loosely connected to John Wilkes Booth, he was thought to be complicit in the assassination of Abraham Lincoln. But what really lands Dr. Tumblety in Rochester's rogue's gallery: He was a suspect in the Jack the Ripper murders in 1888. The doctor lived in London during the period the killings occurred, but with Scotland Yard's mounting suspicion, he fled England and moved in with an elderly aunt in Rochester. He died in Baltimore in 1903, and is buried Rochester's Holy Sepulchre Cemetery.

While The Ripper's murders were horrific, the legacy has softened over time, whereas The Hillside Strangler still haunts our memory to this day. The Hillside Strangler was actually two cousins from Rochester, Angelo Anthony Buono and Kenneth Bianchi, who terrorized Los Angeles, from October 1977 to February 1978, with the rape and murder of 10 women.

What further ties Bianchi to Rochester crime history, though, is the "Double Initial" murders in 1972 and 1973. The victims' first and last names started with the same letter, and the bodies were found in towns beginning with that letter. Bianchi was a suspect, but there wasn't enough evidence to charge him.

At the turn of the 20th century, prostitution was met with not much more disapproval than rolling eyeballs. The worst case scenario back then was contracting syphilis — a night with Venus for a lifetime with Mercury. Hill Street in the old seventh ward was crowded with brothels. But in the first decade of the 1900's, a downward spiral started, sparked by increased police attention — and the Shriners. In the summer of 1911, Rochester played host to the National Shrine Convention, when extracurricular activity led to a nude parade from cathouse to cathouse as the Shriners voted for "Miss Big Bottom of 1911."

And the Flower City can be greedy, too. The root of all evil in Rochester, as it is everywhere, is bacon, bones, bread — you know: money. A priest, an IRA member, and a retired cop walk into an armored car depot ... in January 1993, armed men stormed the Brinks armored car depot and got away with $7.4 million. It was the fifth largest robbery in US history, and the crime is still unsolved. The cash is still out there. Fascinating stuff. But like we said before: they weren't all good ol' days in Rochester.