October 14, 2020
This article has been updated and revised to reflect new information from the Chamber of Commerce.

Winter’s coming. A long season of coronavirus discontent is settling over us.

A shift in our community interactions has already proven to be inevitable.

After a slow, downward spiral, one of downtown Rochester’s iconic bars, Richmond’s, closed last weekend. The place goes back more than three decades, back to when it was Schatzees.

Danny Deutsch was a part of that scene. Now he has his own club, Abilene Bar & Lounge. He concedes this weekend might be the last for outdoor shows on the patio.

The temperature’s dropping, and he’ll move the operation inside; maybe he’ll have some solo acts, or a duo, play the stage. Something small, to keep social distancing. And he’s getting a juke box refurbished. A CD juke, where he can control the content.

It’s been estimated that as many as 60 percent of the nation’s restaurants and bars have been shut down, or are otherwise doomed, because of the coronavirus pandemic. 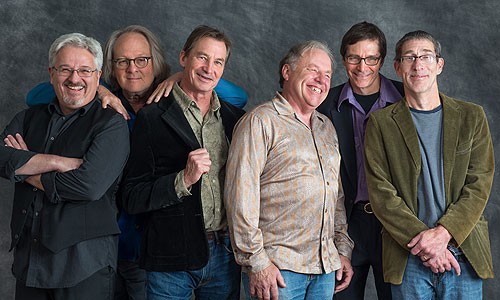 Bands were playing live last weekend, but you had to know where to look for them. On Saturday, Watkins & the Rapiers – which hasn’t been out at all since the coronavirus pandemic arrived – had a gig in a backyard in Greece. The band’s always good for a sardonic parody or two.

Rick McRae, the trombonist-keyboardist-accordionist (you read that right, he has his hands full) wrote one to the tune of Ricky Nelson’s “Garden Party.” Except the garden is the Rose Garden, and a Donald Trump COVID-19 gathering on the White House lawn. Sing along with the chorus:

Well I’m all right now, learned my lesson well/
But I’m scared that my next quarantine will be in a prison cell.

The Maria Gillard Trio celebrated the release of a new album with an outdoor, socially-distanced show behind The Little Theatre on Sunday. Gillard writes beautiful, wistful songs, and she can do justice to Joni Mitchell’s “Big Yellow Taxi.” The line, “They paved paradise, put up a parking lot,” was certainly appropriate, seeing as the show was in a parking lot. And a sold-out parking lot, at that.

It was a fine weekend, weatherwise. But still, there was in the air a sense that this could be the last gasp of summer. People had that same look in their eyes that you see in squirrels this time of year as they scamper about, storing nuts for the winter.

It is time to scurry inside. To Rochester Brainery, perhaps. 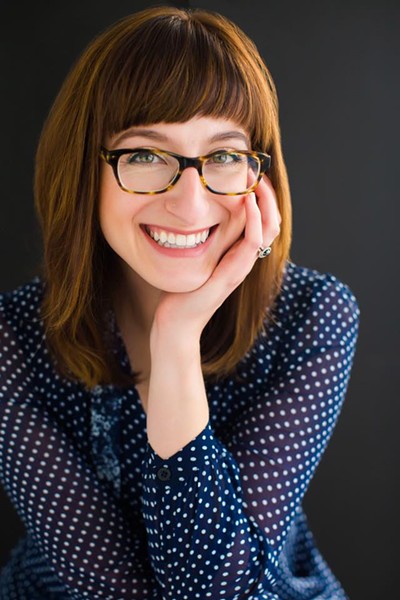 Danielle Raymo radiates an energy that you wouldn’t ordinarily expect of someone advocating on behalf of dried-flower wreaths or embroidery. Showtunes, that’s another matter. Two years ago, she snagged the lead role of Janet in Blackfriar Theatre’s production of “The Rocky Horror Picture Show.”

Raymo has worked in radio, and as a brand development specialist for juices from a Geneva orchard. A Rochester native, after a few years in New York City, in 2013 she and her husband moved back to Rochester, where she opened Rochester Brainery in the Village Gate and eventually settled at 176 Anderson Ave., right by the Anderson Alley Arts building.

The space consists of two classrooms, which also serve as event spaces for bridal showers or business meetings. That aspect is actually the main economic driver of Rochester Brainery, and it’s taken a hit since the coronavirus pandemic.

But it’s really the spirit of the classes that represent Rochester Brainery best.

“We really wanted to be a place where friends could go, where you could go on a date, where people, you could just learn from each other,” Raymo says. “Where if you were new to town you could come and meet new friends, if you were all interested in macramé, there’s something you all had in common.”

Or making jewelry, or decorating Halloween cookies, or learning comedy improv, or listening to a talk on “Cultural Appreciation or Cultural Appropriation?”

Social alternatives for people looking to add to their personal tool kit, or to expand their brain.

“We try and have classes on anything and everything,” Raymo says.

As we drift toward winter, calcified adults can look forward to more than just skiing and setting things on fire in the backyard. Lectures on Rochester architecture, calligraphy and plantings called Kokedama, the Japanese word for “moss ball.”

Food is a big draw. Macaroons, Japanese dumplings. Friday’s class is “Plant-Based Food Basics.” It’s taught by Ali – just one name, Ali – who owns Spirit and Abundance, which defines itself as “a company that seeks to help people connect and cultivate joy, mindfulness, and gratitude in a plant-based kitchen.” 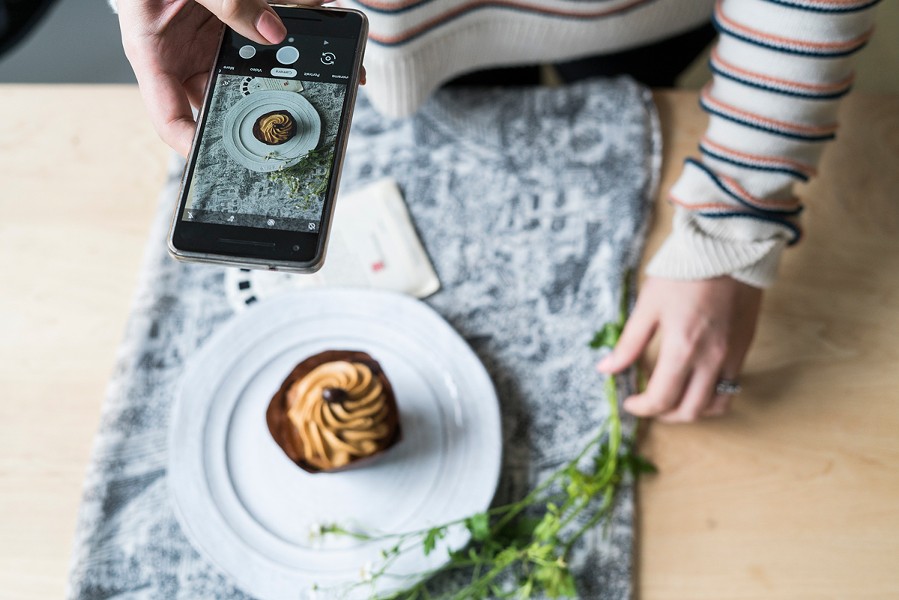 “We do a lot of cooking classes on Friday nights,” Raymo says. “So it’s something fun that, if a family isn’t comfortable going out right now on a Friday night and doing something, you can cook together at home and be entertained and cook something together and enjoy the meal after.”

October is Raymo’s favorite month, and Rochester Brainery concludes it with a collaboration with the nearby restaurant Lento. It’s a three-course pumpkin dinner, and comes with a pumpkin and tools for a carving contest.

Before the coronavirus pandemic, Rochester Brainery was averaging between 70 and 80 classes per month. Now there are a few lingering outdoor classes; the “Geology Field Trip: The Genesee River Gorge and Lower Falls” is sold out.

But for the most part, Rochester Brainery had since moved on to a virtual format.
The community classroom and event space reached what Raymo calls an “awkward crossroads,” where its in-person mission and the reality of the coronavirus pandemic meet.

“But I’m very excited for one day we can get together again regularly,” she said, “and see each other in person.”

Fortunately, that day has arrived.  As of the morning of Oct. 14, the Chamber of Commerce has informed the Brainery that it  is now permitted to host indoor activities again under the Higher Education guidelines stipulated in NAICS code 1611610.

We’re all getting a little tired of staring at computer screens, Raymo admits.

“One of the reasons why the Brainery was founded was because I did not want to do things online,” Raymo says. “I wanted to be out together with people in person, and meet each other in person, interact together, and meet new people. And that just isn’t the same online.”