Rochester airport could be named for Frederick Douglass 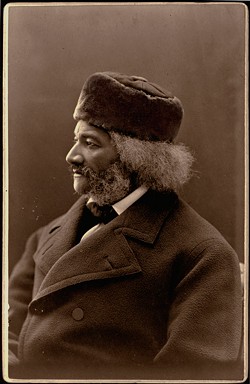 The bill was sponsored by the Monroe County Legislature’s Democratic Minority Leader Vince Felder and Republican Legislator Karla Boyce, who is running for county clerk, and was to be taken up by committee later in the day.

If the measure is approved, it would go before the full Legislature next month.

“To know where we are going, we must first remember where we have been,” read their memo accompanying the legislation. “This community's image speaks volumes – not just about our history, but also the direction we are headed. There is potentially no greater symbol of our image than our airport, which serves as the front door to our community.”

The memo also referenced an online petition organized by Richard Glaser, the founder of community advocacy group RocGrowth, calling for the airport to be named in Douglass’s honor. The petition received more than 2,500 signatures the weekend it was posted.

The legislation authorizes the Monroe County Airport Authority, which operates the airport, to “take appropriate steps to effectuate the name change in an economical and reasonable manner.” It doesn’t spell out the actions necessary to change the airport’s name.

It also calls for placing educational materials about Douglass within the airport.

Monroe County Executive Adam Bello had previously expressed support for changing the Rochester airport’s name to honor Douglass. Earlier this month he said that the county would begin working with the Monroe County Legislature, the Federal Aviation Administration, and airport stakeholders to study a potential name change.

"I appreciate that members of the Monroe County Legislature have joined me in support of renaming the Greater Rochester International Airport in honor of Frederick Douglass," Bello said in a statement Thursday. "In the weeks since first learning of this proposal, I have spoken with our federal representatives, members of our community and other interested stakeholders, and am grateful for all of their input and feedback. I look forward to working with the FAA to advance this initiative through the approval process in the weeks and months to come so that we can honor the life and legacy of Frederick Douglass in this way."