In 2019, the rest of Rochester got to know her as well when she stepped into the crowded and contentious Democratic primary for City Council's East District seat. She finished third out of five candidates, a respectable showing for a first-time, grassroots campaign.

Martin jumped into the race because of her work with the Police Accountability Board Alliance, an organization dedicated to the creation of a civilian police oversight board in Rochester with teeth. 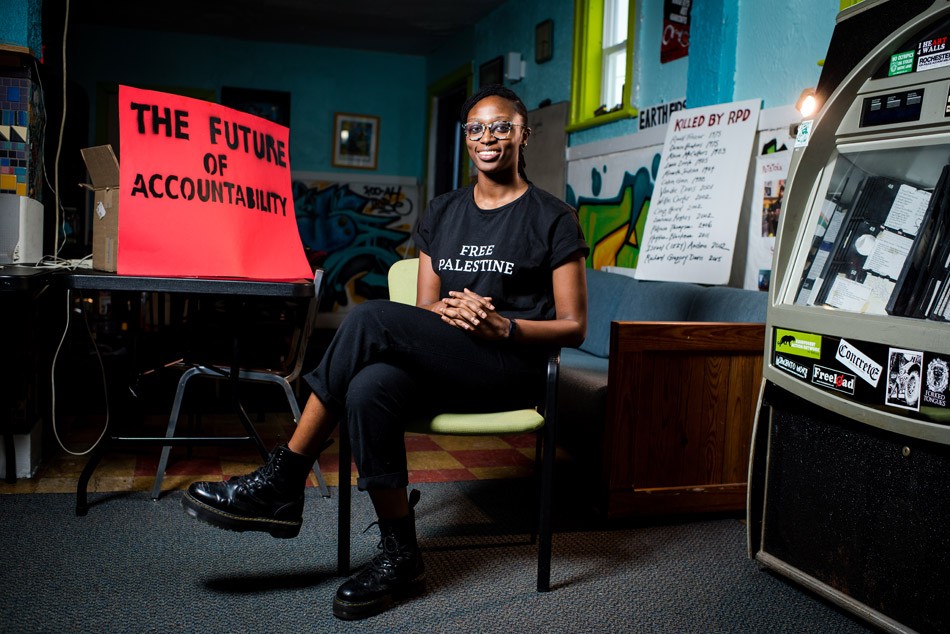 As a leader in the alliance, she was working with a lot of people living in low-income, and what she called "overpoliced," neighborhoods. She grew frustrated with their day-to-day experiences and decided to run for the council as a way to serve them.

Right now, she doesn't plan to run for office again. Instead, she wants to support progressive activists who are seeking state and federal office in 2020.

A growing concern over mass incarceration is what led to Martin's role with the Police Accountability Board Alliance.

Martin moved to Rochester five years ago for a University of Rochester graduate program in mental health counseling. She got an internship as a counselor, and then a job, at the now-closed Monroe Correctional Facility.

In the two years she worked at the jail, she learned a lot about incarcerated people. She said she realized the prevailing narrative that all people who are in jail are bad and have done horrible things was flawed.

The reality is that some of them are being held on minor charges, like petit larceny. Others have untreated mental illness or substance use disorders. Some repeat offenders couldn't find work when they were free and did something illegal to survive.

"Being in that role it just challenged everything I previously thought I knew about people who are incarcerated," Martin said, "and it challenged me to see them as human beings just like anyone else and really do work to make sure that we are ensuring that they're treated fairly."

Martin now works as project director at the Center for Community Alternatives office in Rochester. The organization runs re-entry and community-based alternatives to incarceration programs. It also advocates for policies that promote those types of programs.

Through her work she also made connections in the Rochester activist community, some of which led to the creation of the Police Accountability Board Alliance.

Recently, the alliance scored a major victory when city voters overwhelmingly approved a referendum to create a Police Accountability Board.

The organization and the city have solicited and reviewed applications to serve on the new board, which could be operational sometime next year. The police union has promised to challenge the existence of the board in court.

There were roughly 120 applications. Martin said she did not file one.

"Other people should have an opportunity to have a say," Martin said.

She also would like to see new people cycle into the Police Accountability Board Alliance's leadership and wants to remain focused on the organizing side of the work.

"I don't need to have a leadership role or title to be active in my work or to be effective," Martin said.

Martin has some other interests she'd like to pursue, such as her involvement with the City Roots Community Land Trust. She also recently visited the West Bank and is working on ways that Rochesterians can show solidarity with the Palestinian people.

"A struggle anywhere is a struggle that other people in one place should be focused on, too," Martin said.