For Rosalie "Daystar" Jones, dance has always been about exploring her Indigenous roots, mentoring others in discovering theirs, and educating non-Indigenous people about those roots.

Jones has been a dancer, choreographer, and teacher for more than 50 years, and although she has been living in the Rochester area more than 20 of them, her work here is just getting started. 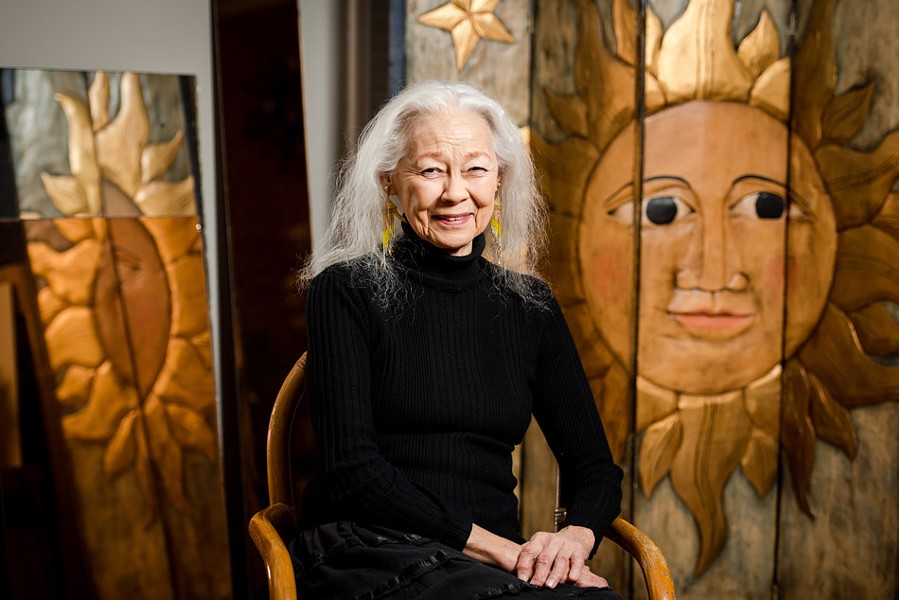 "My presence in Rochester has been kind of spotty," said Jones, who taught Indigenous studies and performance studies at Trent University in Ontario, Canada, from 2005 to 2017. "People didn't really know that I was here because I was gone so much of that time. So, I've been trying to do a lot of networking in the last couple of years, really. And I think that's beginning to pay off, that people know I'm here and interested in collaborating."

Jones has had an active and impressive career as a pioneer of what she called Native Modern Dance, which draws inspiration from Indigenous inter-tribal dance as well as the modern dance she studied in her postgraduate days at Juilliard (where she hung out with the legendary Martha Graham).

She was born on the Blackfeet Reservation in Montana. Her mother was Chippewa and her father was a Welsh-Canadian railroad worker who crossed the border at 18 and met her mother on the reservation.

"I think because the both of them had hard childhoods and really no opportunities for formal education, they wanted to give that to me," Jones said. "So consequently, I was encouraged from the very beginning to get college degrees, university degrees, and pursue my own talents and ideas for my lifetime work."

She said her heritage became the core of her creative work and the teaching she's done over the years at different institutions. Her work is as much about education as it is about artistic expression.

"I wanted to put a spotlight on contemporary Native American dance, theater, and performance," she said. "What is it that we will do out there on the stage, as an expression of who we are, that will communicate not only to our own people, but also what can we teach about ourselves to others through the medium of performance?"

Her work has drawn from old narratives and her own stories about her heritage, including "Spirit Woman," which is about individual responsibility and ecological concerns, and "Dancing the Four Directions," which is a life's journey story performed within a medicine wheel. In October 2018, Jones performed "No Home but the Heart" at Monroe Community College, a work that explores her family's story through generations of women.

In 1982, two years after she founded her company, Daystar: Contemporary Dance-Drama of Indian America, she danced with other Indigenous performers at "Night of the First Americans," an arts-based fundraiser for Native Americans who wanted to study the sciences, held at the Kennedy Center in Washington. President Ronald Reagan attended. Her company has since performed throughout the United States and Canada, and in Germany, Bulgaria, Turkey, and Dublin, Ireland.

In April 2016, Jones was awarded the inaugural Lifetime Achievement Awards in Performing Arts by the Institute of American Indian Arts in Santa Fe, where she was chair of the performing arts department in the early '90s.

Daystar still periodically performs and produces performances of her choreography. But she's also focused on cultural education, particularly lessons geared toward youth who may never have met a Native American.

This past fall, to commemorate Indigenous People's Day, Jones did a series of presentations at city recreation centers. "And I could tell when I went into the various centers around town that I was probably the first Native American who'd been there in who knows how long," she said. "It's still a stereotype, I guess, that coming through the school system we think all there is of Native Americans is in museums."