PROVIDED PHOTO Akeer Matthews, left, died in 2010 after being hit by a car on Norton Street. He was 14. The Roc City Skatepark will now name a portion of the park after him.
On the evening of Oct. 8, 2010, 14-year-old Akeer Matthews was doing what he loved—skateboarding through the streets of Irondequoit with his friends.

That night turned to tragedy when the eighth-grader at East Irondequoit Middle School was hit by a car on Norton Street, around the corner from his home off Culver Road. He died the following day.

The city of Rochester will now be naming the street-skating portion of the Roc City Skatepark after Matthews.

The move to name the park after Matthews was spearheaded by the financial advisement firm Sage Rutty, where Matthews’ mother, Sheila Epps, works as an analyst. The firm ultimately raised $50,000 for the park, after Epps and former president of the Friends of the Roc City Skatepark Jim Maddison pitched the idea to Sage Rutty President Wayne Holly nearly a decade ago.

The dedication is set to take place this spring.

“We brought the idea to Wayne, and he was all-in in getting a piece of the skatepark named after my son,” Epps said, in a phone interview. “Ten years ago we started talking about it, working with Jim, and figuring out how to get it done.” 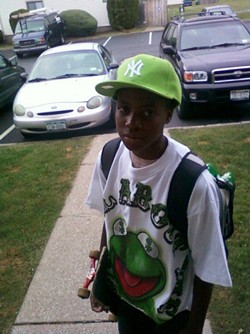 At the time of Matthews’s death, the Friends of the Roc City Skatepark was a fledgling organization, still a decade away from breaking ground on the park. The first phase of the project was opened to the public in November.

“Akeer Matthews was a vibrant teenager who was truly passionate about skateboarding,” Daniele Lyman-Torres, commissioner of the Department of Recreation and Human Services, said in an email. “He fully represented the youth we had in mind when we built the ROC City Skatepark. Providing a safe place for youth to gather and participate in a sport they love is what this skatepark is all about.”

Epps said the memorial is a fitting tribute for her son, who would have reveled in his chance to shred the concrete at the skatepark.