RMSC exhibit honors women who changed Rochester and the world 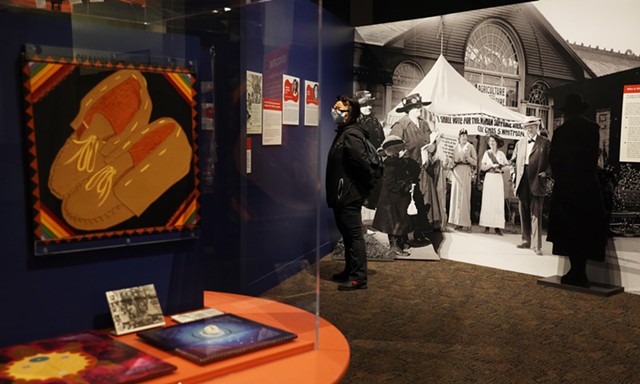 An expansive, diverse exhibit at the Rochester Museum & Science Center pays homage to the contributions of generations of pioneering local women.

"The Changemakers: Rochester Women Who Changed the World," opened on Nov. 20. Featuring artifacts, authentic objects, and immersive experiences to capture the stories of more than 200 women, it may be one of the largest indoor exhibits in the museum's history.

"When you start to assemble the evidence of all of these changemakers' work into 7,000 square feet of space, it's really undeniable that their efforts have impacted all areas of our lives and transformed both our region and the world,” said Kathryn Murano Santos, RMSC's senior director of collections and exhibitions. 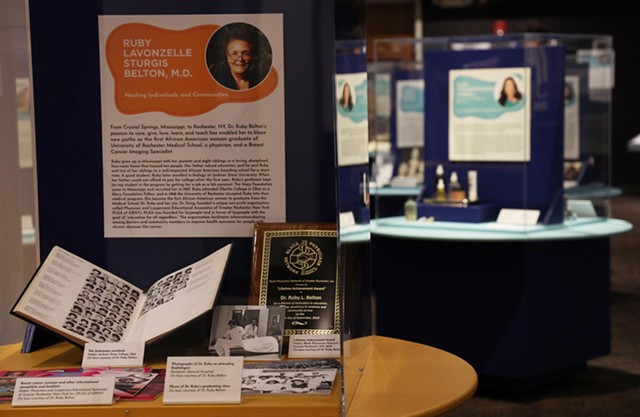 It also highlights the visionary and trailblazing work of contemporary history-makers.

A wall-sized photograph taken by Shawn Dowd of the Democrat and Chronicle symbolizing this summer's Black Lives Matter protests in Rochester shows the Rev. Myra Brown, pastor of Spiritus Christi Church, standing before a line of riot gear-wearing officers as she negotiates a peaceful end to a standoff between activists and police outside City Hall.

"Changemakers" was originally planned to celebrate this year's 19th Amendment centennial, but Murano Santos said it also became an opportunity to reflect on the gender-based and racial inequities that have captured national attention in the last couple of years.

"I think that a changemaker is someone who speaks up," she said, "someone who is willing to get involved, and someone who wants to educate the next generation to create a different world than the one in which they exist now."

With an emphasis on diversity, WOC Art Collaborative founder Rachel DeGuzman was recruited to be a community curator for the project.

She was honored as a changemaker herself.

"They are trying to disrupt and sort of turn the whole idea of who matters and who is valuable on its end, and that's extremely exciting to me," she said.

Black, Latina, and Native American women who left their mark on Rochester and the world are prominently featured throughout the display. For example, a Cessna plane is on display to honor aviator Dorothy Layne McIntyre, the first African American woman granted a pilot's license by the Civil Aeronautics Authority.

The exhibit also shines a light on the contributions of some women who have been overshadowed or forgotten in the pages of history.

DeGuzman said Anna Murray Douglass, wife of the famed abolitionist Frederick Douglass, is probably an example of this, even though she helped lead hundreds of enslaved people to freedom.

"Frederick Douglass traveled a lot," she said. "We know that their house was a stopover on the Underground Railroad, so who was actually facilitating that? It was Anna Murray Douglass."

Visitors to the exhibit can sit on a birthing stool that belongs to Native American midwife and environmentalist Tekatsitsiakawa "Katsi" Cook, whose groundbreaking research revealed how industrial pollutants in the St. Lawrence River affected the breast milk of Mohawk mothers.

They can also watch a video of dancer Natalie Rogers-Cropper, who assisted Garth Fagan with his Tony-award winning choreography for "The Lion King," or look at the boxing gloves lent by Mercedes Vazquez-Simmons, New York's first Latina boxing promoter.

As people walk through the exhibit, Murano Santos said she hopes they are inspired to see themselves as changemakers who can use their own passions to build a better world.

"The Changemakers: Rochester Women Who Changed the World," is open through May 16 at the Rochester Museum & Science Center.

Beth Adams is a reporter with WXXI News, a media partner of CITY.