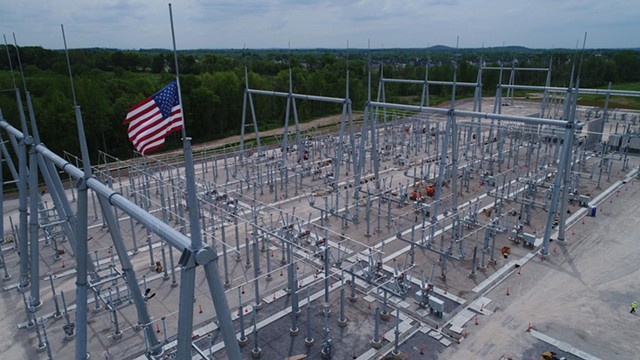 Rochester Gas & Electric is marking the completion of a decade-long project that it says will bring more reliability to the local power grid.

The Rochester Area Reliability Project is a $389 million investment that included construction of a new substation in Henrietta, and new transmission lines in Gates, Chili and Rochester.

Carl Tayor, president of RG&E, said the project addresses both the durability of the system as well as the need for more capacity on the power lines.

"It’s really to take the backbone, that transmission, those large structures you see in the air and make that system more resilient," Taylor said. "But, also more capable of serving the Rochester area now and many decades going forward."

Taylor said there is a different project underway to improve other parts of the distribution system, including the power lines that are closer to street level.

Taylor noted that the need for power is projected keep rising in the coming decades, especially with the increasing reliance on electricity, not only our electronics, but for the continued push to develop electric cars.

“One of the things we had identified, as the Rochester community has continued to grow and evolve over the years, (is) what I’ll call the burden on the system, or the amount of energy being consumed in through this system, was also increasing over time,” Taylor said.

RG&E said that the new transmission lines and substation were routed along existing utility and transmission corridors to mitigate impacts to the environment. But since crossing certain wetlands resources during the project was unavoidable, RG&E built a new free-standing wetland on Ballantyne Road in the Town of Chili. The utility also replanted an existing wetland area.