Irondequoit is the town with the Medley Centre problem. And for the past few years, the community has grown deeply frustrated with the owner, who's made no visible progress on redeveloping the idle mall.

But the Depot Plaza, located a few long blocks to the west on East Ridge Road, sits in stark contrast. The plaza's owner recently completed a $14 million overhaul of the property, and businesses are starting to open. One of them is a new Tops store, which relocated from its old site on North Goodman Street. The new store is bigger, employs more people, stocks a wider selection of products, and uses a new design that the company is testing out.

The plaza will soon have the Rochester area's first Sonic fast-food joint. 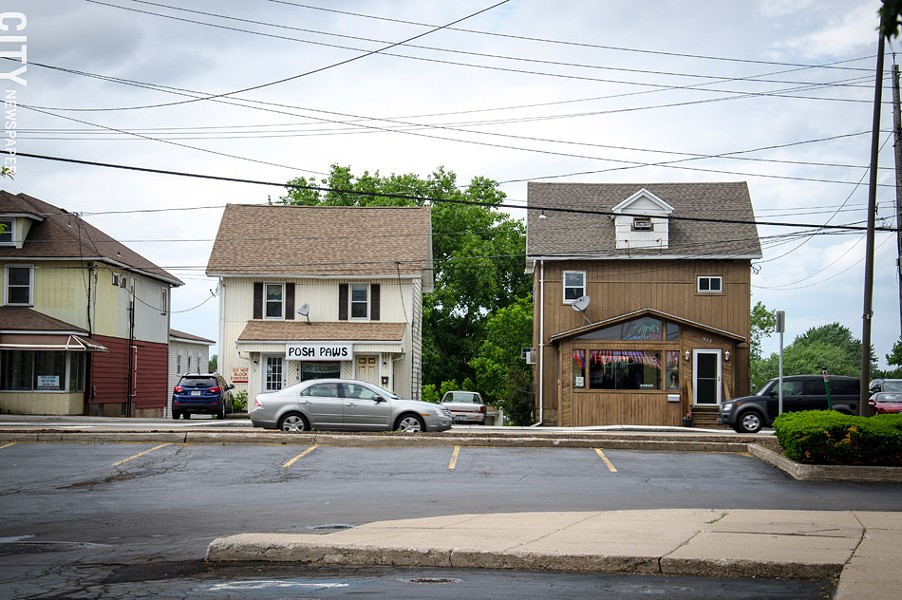 And much of the community is thrilled with the project. The property's owner, Morgan Depot LLC, didn't just update the plaza's facade; it changed the layout and connected its parking area with the neighboring Home Depot lot, says Irondequoit Supervisor Adam Bello.

"It improves the whole area right there," Bello says. "And I think that can be a catalyst for other development."

Irondequoit officials want to see more projects like Depot Plaza, and to make that happen, they plan to start reaching out to and recruiting other businesses and developers. But before they start, they want to develop a long-range vision for the town, one the Irondequoit community buys into. They want to be able to show anyone who might invest in Irondequoit the type of development and businesses they want, where they want them, and what they want them to look like.

To that end, Irondequoit officials are developing a new comprehensive plan for the town. They hope to release a draft to the public in July, collect public input in August, and adopt a final plan in September, Bello says.

The draft will be based around work done during a previous comprehensive-plan process, which started in 2008 but was never finished. Officials haven't adopted a town-wide plan since 1985.

Ultimately, the document will lay out some broad objectives around development. The draft will advocate for more senior-friendly housing, explain how the town's waterfront could be better used, and push for more consistency among signs and building facades in the commercial areas, Bello and Nick Weatherbee, the town's director of development, say. 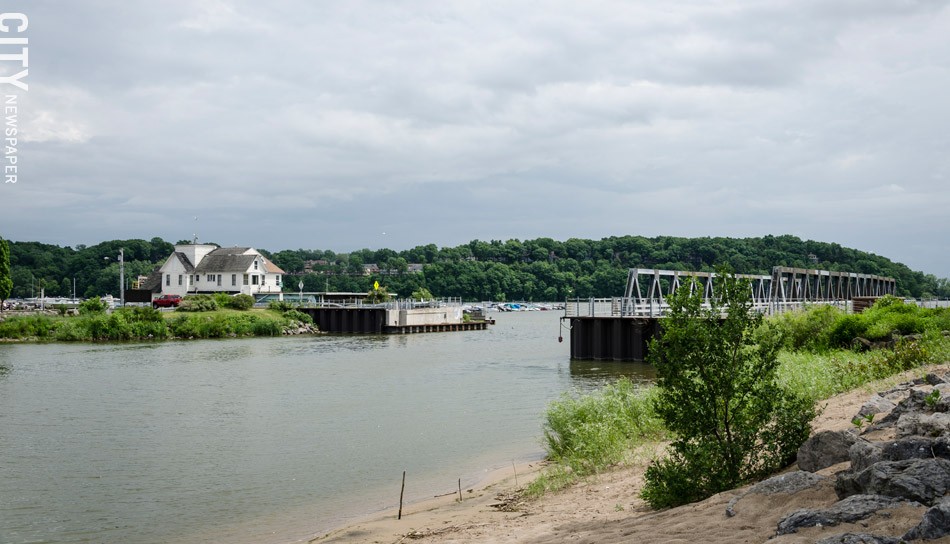 The draft plan will also include some key goals for the town, including new sports fields and bike lanes that connect key destinations in the town.

Irondequoit is an older inner-ring suburb and, at approximately 51,600 residents, it's the second-largest town in Monroe County. It's defined as much by its pleasant, stable neighborhoods as it is by the Seabreeze area or its evolving commercial districts.

And despite being almost totally built out, the town is going through perhaps its largest growth period in recent history, says Fred Squicciarini, president of the Irondequoit Chamber of Commerce. He rattles off a few projects as examples.

On Titus Avenue, Irondequoit residents Mike and Wendy Nolan are preparing to open the first building of their I-Square mixed-use project, Squicciarini says. The town has begun building a new Irondequoit Public Library. And a slew of businesses, including a Chipotle and a new Starbucks, are opening on East Ridge Road.

Much of the comprehensive plan's focus will be on revitalizing and rebuilding the town's commercial areas, especially the East Ridge Road corridor, Bello and Weatherbee say.

"We don't have a lot of vacant land left in Irondequoit, but that shouldn't limit our opportunities for development," Bello says. "And I think Depot Plaza proved that you can reinvest in the development of some properties and see significant results."

The East Ridge strip developed without any long-term guidelines, and as a result it feels disjointed. In one area, a big-box Home Depot store is separated from the sidewalk by a parking lot. Across the road, a collection of smaller businesses operate out of converted houses, which butt up against the sidewalk and have their parking around back.

Bello says the comprehensive plan will include recommendations on issues such as placement of storefronts and sign standards, which over time should help the corridor have more consistency.

As part of the plan, town officials will catalog the existing business, available properties, and vacant land in its commercial areas. That information will be useful once they start trying to recruit new developers and businesses.

"We do want a good-looking town, we do want some uniformity, and we feel that it's also in the best interest of businesses and future businesses of the town to set them off on the right foot," Squicciarini says.

But a comprehensive plan should also look at a community's assets and ways to bolster them, says Ann Burns, co-chair of Helping Irondequoit Plan for Progress, a grassroots group focused on the Hudson-Titus-Cooper area.

Residents often tell her that they value the town's walkable neighborhoods, she says. The comprehensive plan should emphasize the importance of connected sidewalks and old-growth street trees, she says. It should also recommend the addition of pedestrian-friendly features to streets. A plan for the Hudson-Cooper-Titus area calls for a median on Hudson Avenue at Titus, so it would be easier for people to cross the street, she says.

"The town has done a really fine job the last few years putting in additional sidewalks, so it would just be a matter of continuing that," she says.

Weatherbee and Bello say the draft will include a healthy neighborhoods section, which will focus, in part, on ways to make the town more bike and pedestrian friendly.

Likewise, Irondequoit officials and Squicciarini say the town's waterfront is a unique asset, though one that the community hasn't taken full advantage of. The comprehensive plan will have a section devoted to some key waterfront areas in the town. And that part of the plan will explain what the community wants to see in each area in terms of businesses, development, or public access, officials say.

The plan's waterfront section will likely speak to an issue that's long frustrated people in the Seabreeze area and a neighboring part of Webster: the Irondequoit Bay swing bridge. The bridge closes to vehicle traffic from April to November, which cuts the northwest corner of Webster off from Seabreeze, Route 590, and Culver Road, and vice versa.

Bello says he and Webster Supervisor Ron Nesbitt have talked about working together to find a long-term solution to the problem. In particular, they want to find funding for a study that could identify some options.

"I do think it's good that boat traffic can go through, people can utilize the water," Bello says. "But it also hurts business up there, particularly Seabreeze as a tourist destination."