City officials use nuisance abatement laws to try to relieve some of the problems that come with urban living: noise, drug sales, deteriorating buildings. But the laws themselves can create problems. Critics say abatement laws don't really fix the nuisances. Instead, they put tenants at risk of being evicted, and they just shuffle problems around among neighborhoods.

One of the biggest criticisms of cities' nuisance abatement laws is that they're unfairly applied. And Rochester's not an exception. According to a new study by the New York Civil Liberties Union, the City of Rochester has disproportionately enforced its abatement law in communities of color and poorer neighborhoods.

"Rochester's enforcement data," the report says, "presents a clear trend: From 2012 to 2018, neighborhoods that were non-white and poor bore the brunt of the city's nuisance ordinance enforcement."

In Rochester, nuisance points are applied to locations where a violation – noise, prostitution, gambling – takes place. The location could be a business, a single-family property, or an apartment building. Once points at that location hit a specified level, the city can take action, including fines or closing the building.

Rochester has had a nuisance abatement law on the books since 1985, and it has been amended several times. Earlier this year, City Council approved significant changes to the law, which go into effect September 1. Among other things, the new legislation simplifies the point system and adds an advisory board and waiver process.

The NYCLU started looking at nuisance abatement ordinances in New York State in summer 2017, says Scout Katovich, an NYCLU legal fellow and the report's author, after a court ruled that the ordinance for the Town of Groton in Tompkins County was unconstitutional. The NYCLU, along with the ACLU Women's Rights Project, the Empire Justice Center, and the New York State Coalition Against Domestic Violence, collected records from 13 cities in New York. The report specifically focuses on Rochester and Troy.

"Of those 13, by far, Rochester and Troy were enforcing their laws the most," Katovich says: Rochester 3,392 times and Troy 1,065 times. "That was just far and away more than any of the other cities that we had received records from," Katovich says.

In comparison, Katovich says, "Yonkers is also a pretty big city, and Yonkers enforced its law only a handful of times over the same period." 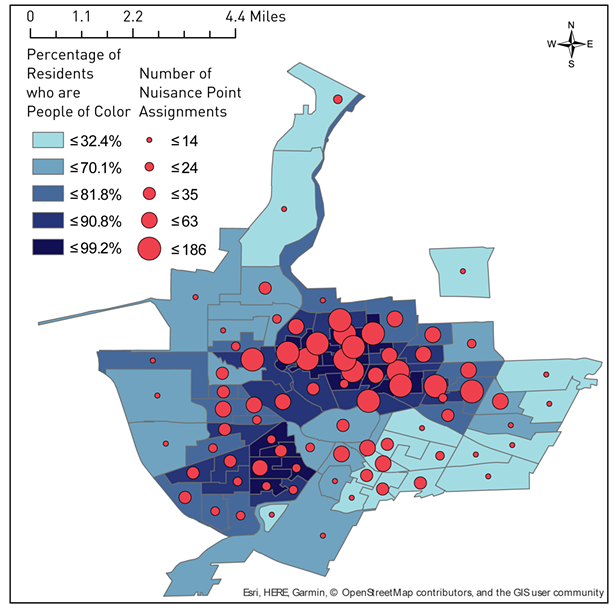 According to the report, the 21 Rochester census tracts with the lowest proportion of residents of color each had, on average, 16 nuisance point assignments during the survey period. Each of the 21 census tracts with the highest proportion of residents of color received, on average, 74 nuisance point assignments.

"Offenses that can trigger nuisance point assignment are often disproportionately enforced against people of color," the report says. In New York, for instance, black people are 4.52 times more likely to be arrested for cannabis possession than white people.

Under the old version of Rochester's nuisance abatement law, misdemeanor possession of cannabis could bring on points. The new legislation changes that; points will now be given only for felony possession and for the sale of cannabis.

The NYCLU study also notes that nuisance abatement laws punish tenants and create housing instability. In the past, apartment buildings have been closed and the tenants evicted when the buildings accrued too many points. As a result, landlords have sometimes evicted tenants who were the source of the nuisance points or pressured neighbors to not call police.

"It becomes a collateral consequence of the criminal justice system," Katovich says, "and essentially makes housing instability a consequence of law enforcement interaction. So if you have a problem with biased policing to begin with, and then you make closure of a building or being told not to call the police a consequence of that, it's just going to compound those harms."

Rochester City Councilmember Elaine Spaull voted against the nuisance abatement law changes earlier this year, saying she wasn't satisfied with some of the changes. Cities "like to use land use, a code, legislation to monitor behavior," Spaull says. "It doesn't work."

Spaull, who hadn't read the NYCLU study when she spoke to CITY, acknowledges there's a dilemma. "We know we have to do something," she says, "but we want to get it right, so that we're not facing any kind of moving backwards."

Spaull says she wants to see more done to ensure that the ordinance isn't ruled unconstitutional. Late last year, New York Supreme Court Justice Evelyn Frazee had decided a case against Rochester after a tenant building on Conkey Avenue was deemed a nuisance and was closed. Drug dealers who were not associated with the building or its tenants had been using the property to stash drugs, which brought on nuisance points. Rochester's law, as it was written, Frazee said, was "unconstitutional as to innocent parties."

Many of the changes to Rochester's abatement law add processes that the city hopes will make it easier for business and property owners to work with the city to fix problems. For instance, the new law establishes a waiver process to help property owners make abatement plans. Owners will work with Neighborhood Service Centers to make the plans, and an advisory board will work with the centers to decide whether points should be assessed.

The process has "a ton of 'outs' in it," says Councilmember Michael Patterson, who chairs City Council's Neighborhood and Business Development Committee. The changes to the nuisance law makes it easier for property owners to work with Neighborhood Service Centers to fix their issues and avoid points, Patterson says.

Patterson emphasizes that the NYCLU report looked at how a now-outdated law was enforced. City Council heard and considered the NYCLU's comments when the changes were being discussed, Patterson says. "We know the ACLU doesn't like the old law," he says. "I'll do one better. I don't like the old law, either." 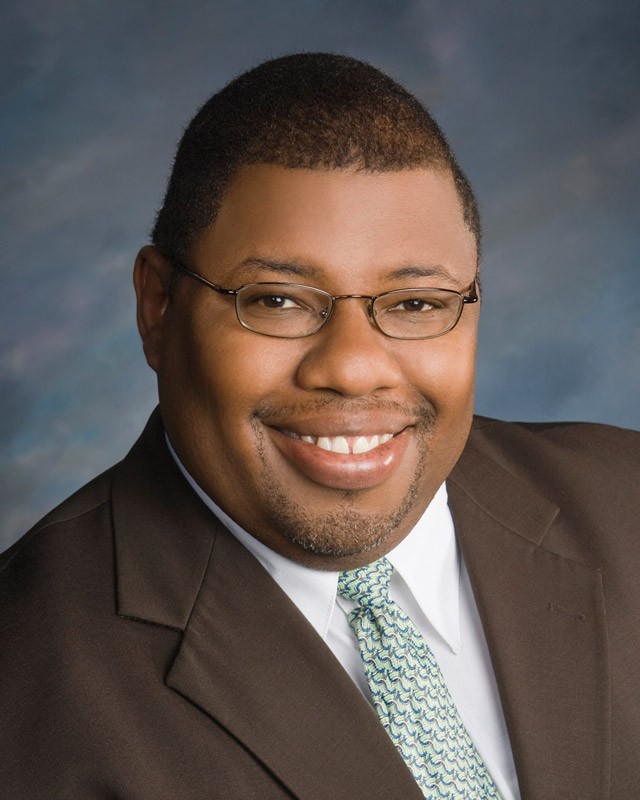 Patterson says he wants the city to monitor how the new law works. And, he says, "it is my hope that the ACLU and other concerned citizens will continue to look at our process, and when needed take us to court. Because if we're doing something wrong, hold us accountable."