Report provides a snapshot of the Genesee River 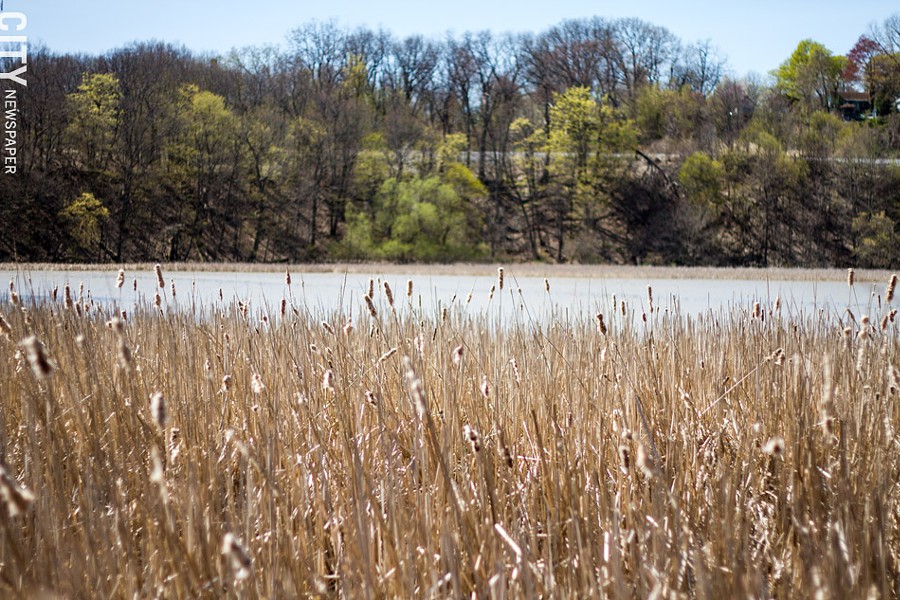 PHOTO BY KEVIN FULLER The Genesee River at Turning Point Park, where environmentalists hope to restore a wetland.

Kodak and the Genesee River are icons of Rochester, and each, in its own way, is a symbol for strength, collapse, and rebirth.

The Mighty Genesee's waters carved gorges throughout its path, powered the region's industries, and have provided generations of Rochesterians with recreation: boating, fishing, gazing at roaring waterfalls. Kodak helped the city prosper, and it gave workers the means for a decent living.

Both icons suffered well-chronicled declines. Kodak lost its competitive edge and tumbled until it was at the brink; the company has since transformed from one of the biggest consumer brands in the world into a smaller, more specialized company. The Genesee was choked by the excesses of the city and industries it helped spawn, and Kodak played its part.

What's done is done, and the company has since taken steps to reduce its impact on the Genesee. It installed systems to contain and treat contaminated ground water and upgraded its King's Landing wastewater treatment plant, for example.

The Genesee River still carries evidence of Kodak's past pollution, a fact made clear by a recent report from the State Department of Environmental Conservation. But that report – which was paid for with some of the money Kodak set aside as part of a bankruptcy settlement – is also a step toward addressing the company's historical pollution of the river.

Researchers tested for and found a variety of contaminants in the river, and the DEC's report is sometimes broad. But the main goal with the investigation was to specifically identify and locate contamination that could be reasonably linked to Kodak.

And that, in a nutshell, means silver pollution, albeit with a touch of cadmium and zinc.

The silver comes from decades of photographic film and chemical production at Eastman Business Park, Kodak's longtime headquarters and manufacturing center. The heavy metal is contained throughout river sediment north of Kodak's King's Landing treatment plant. But the silver contamination appears to be a low risk to plants, fish, mussels, and microorganisms in the river, and to humans, says the report.

"It's not a surprise, certainly," says George Thomas, executive director of Genesee RiverWatch, of the findings. "They said that basically the impacts are there, there are some impacts, and they're localized. They've actually been talking about that for several years."

Silver can, however, be toxic to plants, fish, animals, and microorganisms if it's in certain forms. The metal was detected in certain mussel and prey fish tissues, and DEC models show that animals farther up in the food web – the DEC uses the belted kingfisher as an example – could be exposed to enough of the metal to cause problems, according to the agency. The risk of that happening, however, is minimal, it says.

The DEC will use the report and its underlying data to develop a study of potential cleanup options, which could range from monitored natural recovery to removing and capping contaminated sediment, the agency says. The recent report suggests some general objectives for the plan:

• Preventing existing pockets of silver contamination from migrating to other parts of the river;

• Eliminating or reducing existing ecological risks from operations at the Eastman Business Park;

• Preventing fish and other aquatic organisms from ingesting contaminated sediment and water, at least as much as possible.

The process of developing the cleanup plan will involve public input and will likely require additional river sampling. The department expects to complete that plan next year.

State officials sussed out Kodak-related pollution for a reason: the company's 2012 bankruptcy filing. As Kodak began to emerge from those proceedings in 2014, it settled environmental claims from state and federal agencies by pledging $49 million for an environmental trust fund. The state pledged a matching amount.

The trust fund is solely for cleanup work at Eastman Business Park and for cleaning up Kodak-linked pollution in the Genesee River. The DEC's new report, and the research it lays out, grew out of that settlement.

But the report also provides some broader context about the lower Genesee's health. It shows that the river is still tainted with detectable amounts of metals such as copper and arsenic as well as industrial contaminants such as PCB's and dioxins. It also shows that pesticides and herbicides – including chemicals related to DDT – persist in the river.

Those chemicals may have entered the river before local officials built the county's deep tunnel sanitary and storm sewer system, Thomas says. That system is capable of storing massive amounts of water in underground caverns until it can be treated.

Before the modern system was constructed, very heavy rains would cause runoff that either flowed directly into the river or inundated sewers, causing them to overflow into the Genesee, Thomas says.

The study says that while some of the contaminants do have the potential to cause problems for various aquatic organisms, reports of toxicity have dwindled over the years. The sediment and the water don't seem to be harming some important species, the report says.

The Genesee River's lake sturgeon population gets a lot of attention, partly because of the fish's dinosaur-like appearance but largely because of a high-profile restoration effort. Sturgeon were once plentiful in the Genesee and Lake Ontario, but overfishing more or less wiped them out. For many years, pollution prevented wildlife officials from trying to reintroduce the fish.

After a few decades of cleanup work, however, a team of wildlife researchers decided to try bringing the fish back. They stocked the river with a few thousand sturgeon fingerlings in 2003 and 2004, and many of them have survived and grown. The team has introduced a few thousand additional fingerlings over the past few years.

As DEC contractors were netting for fish to test for the recent study, they caught five sturgeon over a two-hour span. The report says the fish appeared to be in good physical condition; the largest had a marking tag from the first round of restocking. But because the fish are still a threatened species and even a single sturgeon is considered too valuable to lose, researchers didn't take any of the fish for lab testing.

The Kodak-Genesee study doesn't exist in isolation. The Genesee River and the part of Lake Ontario that it empties into have been the subject of multiple studies, long term cleanup and water quality improvement efforts, habitat restoration projects, and public awareness campaigns.

The river and the Rochester Embayment – an area of the lake between Parma and Webster – are generally healthier as a result. The embayment is a federally listed area of concern, and a committee of local, state, and federal representatives oversees efforts to restore it.

The embayment committee is developing projects to restore a pair of wetlands along the Genesee River: one is located adjacent to the over-the-water walkway in the city's Turning Point Park, the other is father upstream, closer to the lake, says Thomas, a committee member. Both wetlands are overgrown with cattails, which crowd out other plants and take away habitat for certain fish and birds. Other groups are nearing completion on similar projects in the wetlands along Braddock Bay.

The committee is waiting for the state to complete its lower Genesee studies before it proceeds, however.

"We understood that you really couldn't do anything to upgrade the wetlands there or put better habitat in or anything like that without getting this study done," Thomas says.