January 11, 2018
[UPDATED} The investigation into sexual misconduct at the University of Rochester has concluded that the university properly handled accusations against UR Professor Florian Jaeger and that Jaeger did not violate university policy.

The investigation was commissioned in response to complaints from some current and former UR graduate students and faculty members, who have filed a lawsuit against UR President Joel Seligman and the university's provost, Robert Clark. 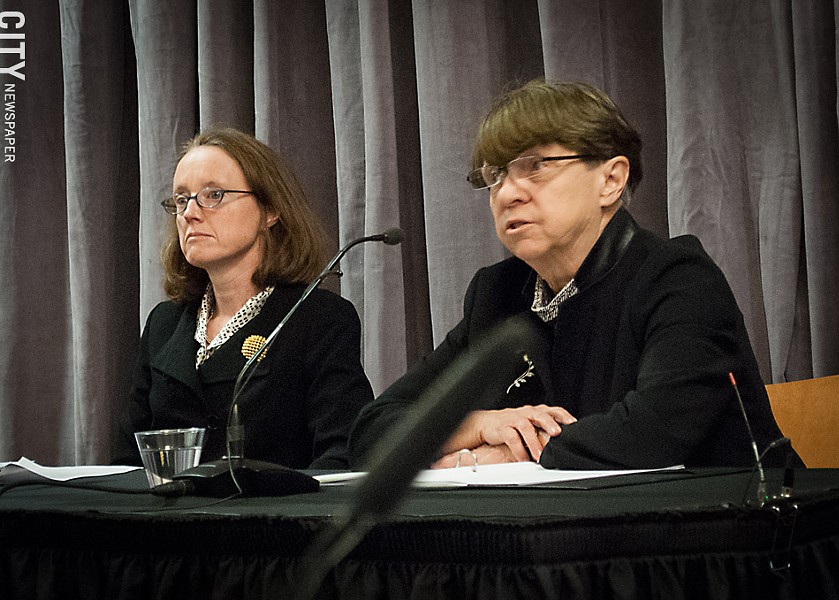 The report released this afternoon was careful to draw the line between legal or policy requirements and acceptable behavior. "We emphasize that this is a legal conclusion (not a moral or social judgment), based on applying the governing legal standards to the facts as we understand them," the report says at one point. And, it says: "By providing our legal conclusion, we do not imply that Jaeger’s conduct was acceptable or presume to opine on questions of moral culpability. "

The report says investigators found no evidence of that Jaeger created a hostile work environment, as some students and faculty members have charged. It concluded that some of Jaeger's actions were inappropriate and "harmful to some in the university community" — "inappropriate, unprofessional, and offensive." But, it said, "the governing 'severe or pervasive' legal standard for hostile environment harassment is a demanding one, and we do not believe any claimant or plaintiff would be able to show that it was met as to her. "

It also says investigators found no evidence that university officials retaliated against  people who had filed complaints against Jaeger, and it cites several actions — promotions of some of the faculty members involved, for instance —  that investigators concluded were indications that there was no retaliation.

Related Feldman to lead UR as interim president

Feldman to lead UR as interim president
University of Rochester President Joel Seligman is resigning effective February 28, according to a statement from the school.
By Tim Louis Macaluso
News
And it says that some of the complaints against Jaeger were "unduly sensationalized" and that they found that other allegations were false. And, they said, Jaeger's inappropriate behavior took place before 2014, particularly in the early years after he became a professor, when he seemed to have trouble shedding the behavior he had exhibited as a graduate student. Since 2014, the report says, his "personal and professional behavior has shifted substantially."

The report is not an exoneration of Jaeger, she said in response to a reporter's question.

And she repeatedly said that Jaeger's conduct had been inappropriate and praised the men and women who complained about it. The report recommends changes the university should make, including developing a trained group of advisers to assist people in sexual misconduct cases, reviewing the current mandatory training of staff on sexual harassment, and publishing an annual report of complaints of sexual harassment and gender discrimination.  And White said the university should refine its policy and do it soon. Action, she said, will be important.

A video of the press conference, which was live-streamed today, is available at www.rochester.edu/independent-investigation/.

Late this afternoon, Celeste Kidd, Jessica Cantlon, Richard Aslin, Keturah Bixby, and others who filed the lawsuit against Seligman and Clark held their own press conference, vigorously disagreeing with the report's findings. They challenged the accuracy of some of the  findings and said they will introduce evidence in court that conflicts with the report.
See related PDF Report_Final.pdf