A lot sure has changed in six years.

I remember some of it like it was yesterday, like the giant poster-tube-meets-piggy-bank I had decorated with Nintendo Wii images that I had printed out and taped to it. The Wii was going to be the first home console I got on launch day, the first one I scrounged and saved money for (I ultimately got my first writing job to cover those costs), and the first console that I camped out a gruesome-yet necessary 13 a

nd a half hours at my small-town Walmart to make sure I was one of the first to purchase one. I remember the near riot when employees told us they didn’t think they had copies of “The Legend of Zelda: Twilight Princess” (resulting in language I used for the first, and probably last, time in front of my mother), and the poor bastard who stole some little kid’s Wii reservation ticket and, when asked by employees to return it, shoved it down his throat and ate it instead.

The marathon-length adventure was worth it: I was second in line and first to purchase the Wii in my town. The first person to walk through the register, brand new shiny Wii in tow. The world of motion-controlled gaming was my oyster.

It’s hard to believe that was six years ago, and how much about the Wii - and the gaming world in general- has changed since then. The promised rainbow of Wii colors that I had adorned my home-made piggy bank with? Lime green never saw the light of day. And in 2006, who among us was hedging bets that the likes of Apple and iPhones and iPads would become powerful forces in the gaming world? This was a time when many, myself included, could see the day where Nintendo would stop making consoles and just make handhelds (given the lackluster performance of the GameCube) as a very possible future. The Wii was – by and large- a gamble that Nintendo needed to take. 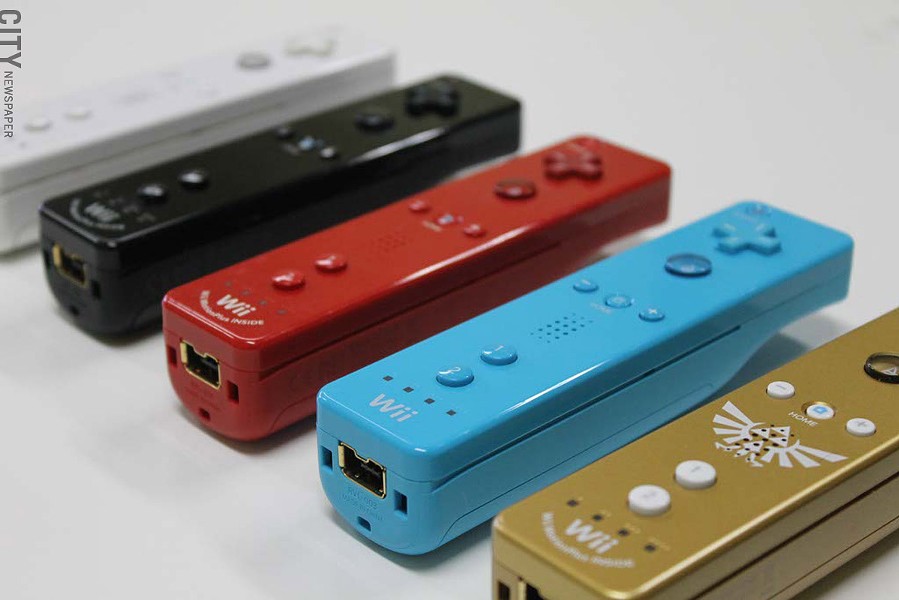 Never count Nintendo out. For home consoles, the motion revolution started with the Wii’s controller. I’ll always remember my first thought upon seeing it: “How am I going to play Zelda with that?”

My first reaction to the Wii U when it was revealed at E3 2011 wasthe same as mine to the Wii and the DS. Why a tablet? Why do I need this to play games? Sure, touch-screen gaming worked to varying degrees on the DS, but why was it necessary in my television room? Two screens is a battle Nintendo has fought, and won, but to say the Wii U is without competition, or won’t have an uphill battle when the successors to the Xbox 360 and PS3 hit within the next year or two, would be ill-founded.

Underestimating Nintendo would also be a grave mistake, however. For Microsoft and Sony, games are just part of the companies’ giant empires. Both companies could, and have, existed without gaming. Without games, Nintendo as a company as we know it would cease to exist, so it’s not something it is going to handle lightly. And in the same way that I grew to love my Wii, I trust that Nintendo is going to eventually prove to gamers why the Wii U is a unique way to game with clear advantages.

The Wii went on to become a success-a gaming revolution that people and analysts and gamers will be looking at, observing, and analyzing, for years. Who would have guessed back in 2006 that both Microsoft and Sony, the mature and tech-savvy keepers of the hard-core gamers, would both follow suit and attempt to make motion controls part of their own systems? Who would have guessed the Wii’s sales numbers would look like this, or that “two GameCube’s duct-tapped together” would become the worldwide hit that it was? The Wii went on to sell 97 million units worldwide, topping both the Xbox 360 and PlayStation 3. Using Nintendo's new Blue Ocean strategy it created a market for gaming where one didn't previously exist, bringing families, parents, and even grandparents, all into the gaming fold.

Numbers aren’t the whole story, and the Wii years weren’t perfect. There were large cycles of time where one-console gamers may have found little to play. The online infrastructure was never even close to up-to-par, and third-party support was hit and miss. But looking back over my now 52-game strong Wii game collection, from the party frantic and dorm-friend-making “Mario Kart,” “Super Smash Bros. Brawl,” “Wii Sports Resort,” and “New Super Mario Bros. Wii,” to quirky titles that may never have seen the light of day on other consoles, like “ExciteBots: Trick Racing,” “Mad World,” and “No More Heroes,” and even great games still sitting unplayed, like “The Last Story” and “Miramasa,” the Wii really did create a legacy that most, even the Nintendo fan inside of me, didn’t see coming.

But I didn’t know about most of those games when I stood in line for those 13 and a half hours on November 18. I can’t say the Wii U will change gaming the way that the Wii did, and I don’t know what the next four or five or six years of the system’s life may look like, but it appears to be off to a strong start. GameStop has already reported that Wii U system preorders double those of the Wii before launch, and that the software attach rate (the number of games each person is preordering) is also twice as large, due to a much stronger third-party software line-up, an area in which the Wii always lacked.

At the very least, I know that I’ll be picking a lot more launch titles than I did 6 years ago, and one thing still hasn’t changed: If there’s a Nintendo system, I’m going to be there for launch.

And hey, at least it’s launching in more than one color this time.

If you had told Willie six years ago that he would be getting paid to write about music and video games, he probably would have told you you were crazy. Though, as far as he remembers, his first-ever published video game review was for “The Legend of Zelda: Twilight Princess,” in his high-school newspaper. Be sure to share your own Wii memories with him on both Facebook and Twitter.