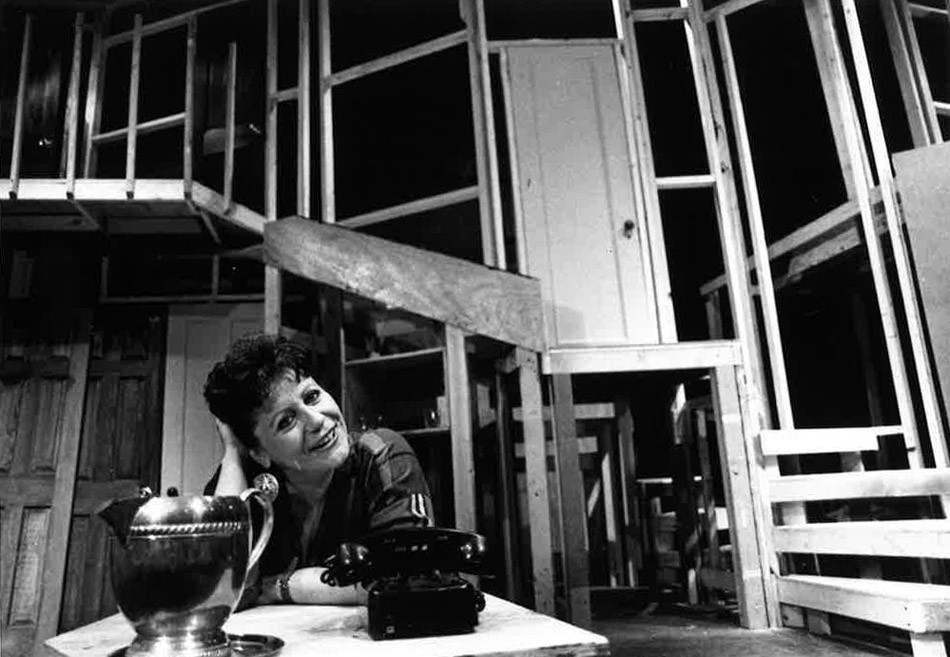 Barbara Biddy, a vital figure in the Rochester theater scene, died on December 27. As co-founder – along with her late husband Francis Biddy – and artistic director of Shipping Dock Theatre, Biddy developed a reputation for staging high-level productions of plays you wouldn’t typically see locally, written by esteemed playwrights like David Mamet and Tom Stoppard.

CITY writer David Raymond remembers Biddy’s affinity for language being on display in her productions of the Stoppard plays “Arcadia” and “The Real Thing.” “She had high standards,” Raymond says. “The theater had high standards.”

Shipping Dock, which operated for more than three decades, opened in 1980 in the rear of the Strasenburgh Planetarium (thus its name), and later operated at St. John Fisher College and then on St. Paul Street. Under Biddy’s direction, it presented works that were bold and far from safe, performed by local actors.

“She would do things that ‘serious actors’ would definitely want to challenge themselves doing,” Raymond says, “and I think they wanted to do them with her because they knew she would put on a good production.” Biddy’s direction of Mamet’s “Glengarry Glen Ross” and Athol Fugard’s “The Road to Mecca” were particularly notable, Raymond says, for her ability to cultivate superior acting performances from her players.

Shipping Dock Theatre gave audiences entertainment that could be edgy, but was frequently thought-provoking. “Barbara Biddy and Shipping Dock Theatre left an important legacy on Rochester theater," says JCC CenterStage Theatre’s artistic director and producer Ralph Meranto, "because they were willing to tackle some of the challenging issues and unconventional plays that others were not tackling at the time."

And, Meranto says, Biddy and Shipping Dock "served as an inspiration to many of us theater producers and directors over the years."

Geva Theatre Center’s artistic director Mark Cuddy recalls phone calls he had over the years with Biddy about theater, and he also remembers her unflinching belief in what she valued in art. “She was uncompromising, in the best possible way,” Cuddy says. “She influenced a lot of theater performers, especially actors, in Rochester over her time."

Biddy’s work at Shipping Dock Theatre was an indispensable source of meaningful theater in Rochester, Cuddy says. “The kinds of searing, serious plays that she directed and produced there with her husband were so right for the theater ecology in Rochester. I was very sad to see it close, ultimately, because a thriving theater community needs that kind of attention to those challenging plays that Barbara really devoured and was passionate about."