The selections for the 65th Rochester-Finger Lakes Exhibition, now on view at the Memorial Art Gallery, showcase an impressive skillset, a cross-section of how and what our regional artists are creating, and what is weighing on their minds. Evidently, these concerns range widely, from lofty meditations on religious tradition and explorations on the nature of imagination and connection, to angst about our cultural — and planetary — climate.

Golden light in Lanna Pejovic's oil painting, "The Listener II," conjures a sense of gentle wonder. The sacred-space geometry of the tree tunnel is at once grounding and uplifting, the energy held in form but soaring toward the source.

This work is part of a series Pejovic has been working on, in which she repeatedly explores the arch of trees over a pathway in Mendon Ponds Park as reminiscent of the architecture of some cathedrals. In her provided statement, Pejovic says she emphasizes this connection "by simplifying the essential structure to focus the viewer inward."

A mixed-media work by Alejandro Gutiérrez explores a different kind of sacred space, but he injects the mess of flesh in his wonderment. The moment of "The First Kiss" is symbolically distilled in dusky pigment and crushed cloth, suspended literally from the ceiling, and figuratively in a permanent moment of discovery. "It's a defining moment ... where, at that instance of connection, curiosity takes a leap into an experience beyond self," he says in a provided statement.

The commonplace materials Gutiérrez uses introduce a sense of irreverence and banality, but also universality, to the concepts he considers. He describes the work: "Two shirts slowly rotate, lost and entangled in a heart-shaped embrace," purposefully anonymous in order to underscore that connection is genderless, and defies all category.

In her superbly crafted oil painting, "Still Life with Starfruit, Blue Vase, and Teapot," Trish Coonrod sets jeweled cobalt and waxy chartreuse vibrating against a subdued background. The careful attention to hue and to the balance of curves and sharp edges mirrored throughout set this lush work apart from others in what can be a stuffy genre of painting.

"Craftsmanship" may not be the first word that comes to mind when looking at Stephanie McMahon's three ambiguous paintings, but it's certainly present in her gestural strokes, and the control of the medium exhibited in the sharp masking of curved edges, rendering planes impermeable to dripping washes of pigment.

The resulting disconcertingly-odd, dimensional layers of acidic color in "Sweet & Sour" earned her the Memorial Art Gallery Award, but I actually favored the other two: "Plume," with its dramatically undulating lines rising from a ravine; and "Flag," with colorful planes and scribbles arranged rhymelessly, flying in the face of the futility and brutality of marking borders with banners. 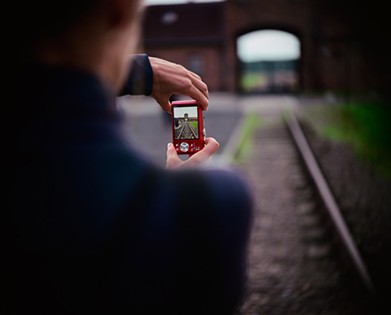 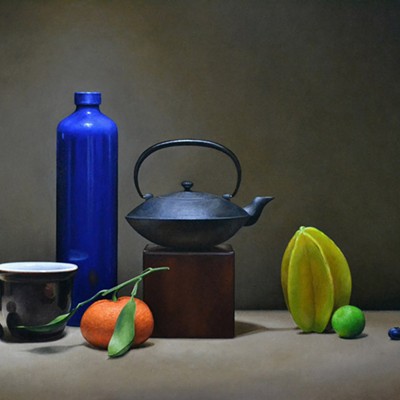 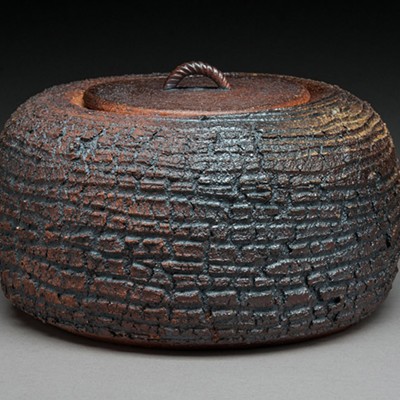 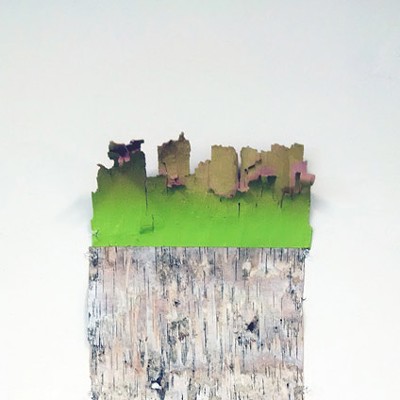 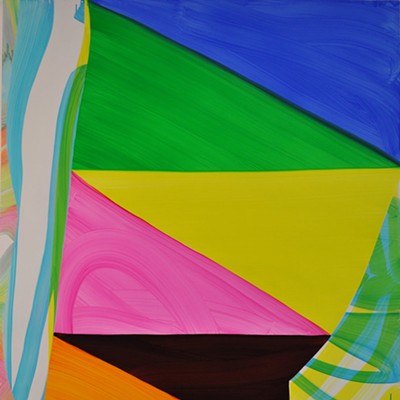 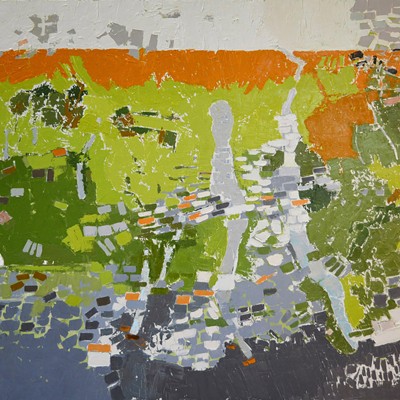 A portion of the works are rife with anxiety: Rich Tomasello's "Breathe, I Can't" is a dense and ominous block of child-size gas masks, the impossible tangle of hoses in the solid, megalithic form rendering them useless in the immediate. The skewed title takes on added horror in a post-Eric Garner America.

Barbara McPhail's hellish monotype, "Neighborhood Fires," pictures a home explosion from natural gas leakage and build up due to local hydrofracking, and is based on actual events, she says. The work shows a rolling wasteland of fracking zones, in which pipes spout flames, a house is engulfed, and the shadow of clothes on a line becomes a body count floating limply in the wind, helpless against the misuse of eminent domain.

John Vincent Kastner says his chaotic, jam-packed illustration, "Boxed Sun with Fries and Assorted Captions," is his "anguished cry against the fouling of a perfectly beautiful planet by my favorite species." The cartoonish work deserves at least 20 minutes of study to better appreciate his acerbic jabs at our profound lack of foresight. Summed up simply, he says, "We need to stop eating our children."

Collages by Jeff Suszczynski expertly exploit the lovely prank of rearranging imagery. Of three works, I favored "To keep them from wandering...," a collaged cult featuring gargantuan, incredulous eyes comically set on what I'll call Boardroom Jesus, who is flanked at the roundtable by a ring of standing devotees. Trickling down from there, more images suggest obedience from the flock.

"Store Fronts — Jackson, Mississippi," are a series of photos by Edgar G. Praus, who shoots scenes of this sort all over the country, documenting the tail end of an era. FOR RENT signs spangle the windows and doors of Mom and Pop businesses. The character and quirks of the hand-painted signs will be replaced, no doubt, by stale corporate signage and logos — the emblems and crests of who can afford the shifting landscape.

Paolo Marino's stark woodcut print, "This New Dawn," is part of a series of narratives that attempt to place events from his own life within a sort of primeval world, he says. "The point was to try to see if there was a way to expose the timeless and universal qualities of my own personal experience." Within the sharply contrasted light and shadow, nudes in the landscape hail or hide from the light. The image reads a bit like the excited apes in "2001: A Space Odyssey," injected with the exuberance and terror of the inexorable future.