Reforming from the governor's mansion

Both candidates in the Democratic primary for governor have pledged reform. They could start with the office they're seeking. 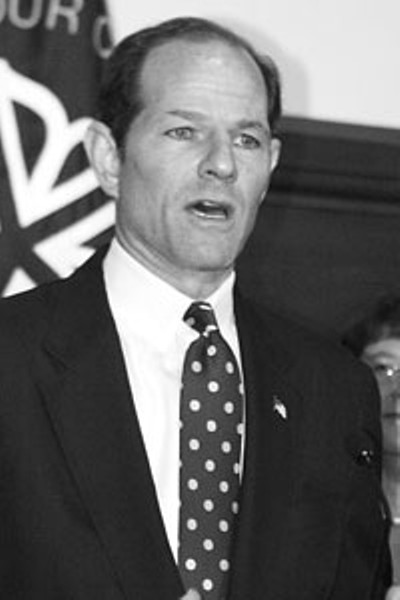 The Democratic primary for governor, as predicted, has become at least partly a contest to see who can talk a better game on reform.

Both of the Democratic candidates have said plenty about reform. (Republican John Faso has raised the topic too, but he seems more interested in discussing taxes, at least up to this point.)

Yet for all the talk of reform, the campaigns tend to lack specifics. This is particularly true of the part of government these men want to run: the executive branch. On a page titled "Reform" on his campaign website, Eliot Spitzer devotes much of the space to important improvements --- in things like redistricting and selecting judges--- that involve the legislature and the judiciary.

Tom Suozzi's site contains similar ideas. Both men support campaign-finance reform. Both oppose the redistricting system that results in the re-election of 98 percent of legislative incumbents.

But what about stuff a governor can actually control? Well, then things get a little trickier. Both men trumpet the importance of "efficiency." Both say they'll wring waste, fraud, and abuse out of the Medicaid system. Spitzer says he'll end the pay-to-play atmosphere in Albany. Suozzi brags about his Fix Albany campaign. And that's about it.

Maybe it's just that websites aren't conducive to complicated policy pieces. But neither are TV soundbites. The result is that both Democratic candidates have gotten away mostly with vague promises that require the cooperation of another branch of government. That builds in an excuse, should they fail.

But excuses are endemic to politics. That's why, when the BrennanCenter issued its report condemning the state legislature's dysfunction, it focused on reforms like changing the procedural rules that govern the Senate and Assembly's day-to-day operations. Unlike inaction on legislation, if the legislators fail to enact rules changes (and for the most part they have; see "New York's Lej: Still Dysfunctional, August 16) they have no one to blame but themselves.

No corresponding report to the BrennanCenter's has been issued for New York's executive branch. But that doesn't mean that reform ideas don't exist. They do, according to Elizabeth Lynam.

As deputy research director at the New York City-based Citizens Budget Commission, Lynam has a front-row seat for observing state government in action. And it's not surprising that the reforms she identifies concentrate on the annual budget process.

First, there's the balance of power. Court cases during George Pataki's 12-year tenure have established that the governor has pretty broad powers, particularly when it comes to the budget.

And, says, Lynam says, Pataki has used the powers those courts have given him "quite aggressively," dictating not only how much money is spent, but how and under what conditions.

A new governor could decide not to do that, but instead include the legislature more fully in decision making, "just out of his own willingness to restore good relations," says Lynam.

That would amount to a governor limiting his own authority. Why would any governor want to do that?

Lynam says it would likely mean the budget process is "done with less animosity."

Why should the average New Yorker care whether the budget is done in a collegial manner or it's done with kicking and screaming, as long as it's done?

"Well, they should care about it," says Lynam, "because it's not just about collegiality. These are huge matters of public policy that are being decided, and the balance of power as it stands right now is distorting the decision-making abilities of their government. And the policies that are being made as a result are distorted."

As an example, she cites the wrangling over a property-tax relief package, which was to include a tax rebate for taxpayers. The plan was to be part of an expansion of the STAR program (which gives school-tax breaks to seniors), but the governor added language that set a spending cap for school districts. The legislature changed the language to get rid of the cap. That prompted the governor to refuse to spend any of the money allocated for rebates, since the legislature isn't constitutionally permitted to change the budget language. The legislature then introduced separate legislation to enact the rebate through the income tax instead.

"That has a very real impact on state taxpayers," says Lynam, "because first they were going to have a tax break; then they weren't. Then their school districts were going to have to live under a spending cap; then they weren't. And now they're getting a tax-relief program designed on the income tax --- not because that was the best policy for the state," but because that was only way the legislature could achieve its goal without caving in to the governor.

All this drama took several months to unfold, with schools budgets and the pocketbooks of individual taxpayers in limbo.

A similar drama played out as the governor tangled with the legislature over Medicaid cost containment, Lynam says. Hospitals, nursing homes, doctors, and home-care aides all had to wait on the sidelines without knowing how they'd be affected.

"It has a very real effect, and that decision went back and forth like a ping pong ball for three or four months," she says.

One particularly popular target for reform is public authorities. The New York constitution requires voter approval of all "general obligation" debt. But that's not required for state authorities like the Thruway Authority. So they have given the state a backdoor way to spend or borrow money that it thinks might be unpopular --- off the books and out of the public eye.

The authorities' bad rap is partially deserved, as a few recent, well-publicized events demonstrate. Making them more transparent would be an improvement, but authorities are probably here to stay. And that may not be a bad thing: they're vital to the day-to-day operations of the state.

"There are things that the state government needs to do that the public is just never going to vote for," says Lynam --- things like prisons or housing projects.

A governor could decide to put all borrowing before the voters and cease using the authorities for that. "That would be a difficult thing to do and would certainly limit what the state is able to do in its capital spending, but it's an option," Lynam says.

In an e-mail response to City Newspaper, Kent Gardner, president and chief economist at Rochester's Center for Governmental Research, cites the kind of borrowing for infrastructure that Lynam mentions as a reason to keep using authorities as we have.

"Public authorities serve an important purpose, provided that they aren't used as a personal piggy bank or a place for patronage," he writes. "We grumble about the debt held by public authorities, but I would argue that revenue debt, debt taken out against bridge revenue and used to maintain bridges, is appropriate and shouldn't be subject to a statewide referendum."

Lynam also singles out two other small but meaningful changes a governor could bring about administratively --- changes that would go a long way toward improving government.

Right now, a lot of state spending gets divvied up informally, rather than by going through the legislative process. This means no one in particular is responsible for spending the money, which usually winds up as member items, funds earmarked for specific projects that serve to increase a politicians' popularity --- Little League fields, neighborhood association programs, and the like.

"That could be something the governor as an executive could take a stand on," says Lynam. "Having someone who adopts a good position on that would make quite a difference in that whole debate."

"He could say: 'We're not going to do an emergency passage or anything else; we're going to sit down and negotiate and not send in a Message of Necessity that allows the legislature to pass a budget midnight before the session closes on June 26th or whatever,'" Lynam says. That would be very helpful."

But almost all of these reforms would require a new governor to sacrifice some of his newly won power. That conflict between power and good governance can be a serious obstacle to reform.

"I think that the mindset of many people in power is that power is a good thing as long as it is wielded for righteous purposes," says CGR's Kent Gardner in an e-mail comment. "And as I'm a righteous guy, more power for me is a good thing."

"And," adds Gardner, "I believe (until mugged by reality at some future juncture) that all three of the candidates really want to do the right thing. That they all want to use the public authorities to achieve good things for the state's citizens. That they intend to appoint professionals, not political hacks, to key positions in the executive agencies and the authorities. But then we get back to Lord Acton's point about power." (It was Acton who in 19th-century Britain wrote, "Power tends to corrupt, and absolute power corrupts absolutely.")

And anyway, there are limits to what can be achieved by even the most well-intentioned governors acting on their own. The answer to these quandaries, if there is one, comes in a whole different level of reforms --- those on which a new governor and the legislature will have to cooperate to enact.

"The most important reforms are the ones that reduce the influence of special interests and increase the power of the common interest," says Erika Rosenberg, a research associate and former statehouse reporter in Albany for Gannett News Service. "And those would be nonpartisan redistricting and campaign finance reforms."